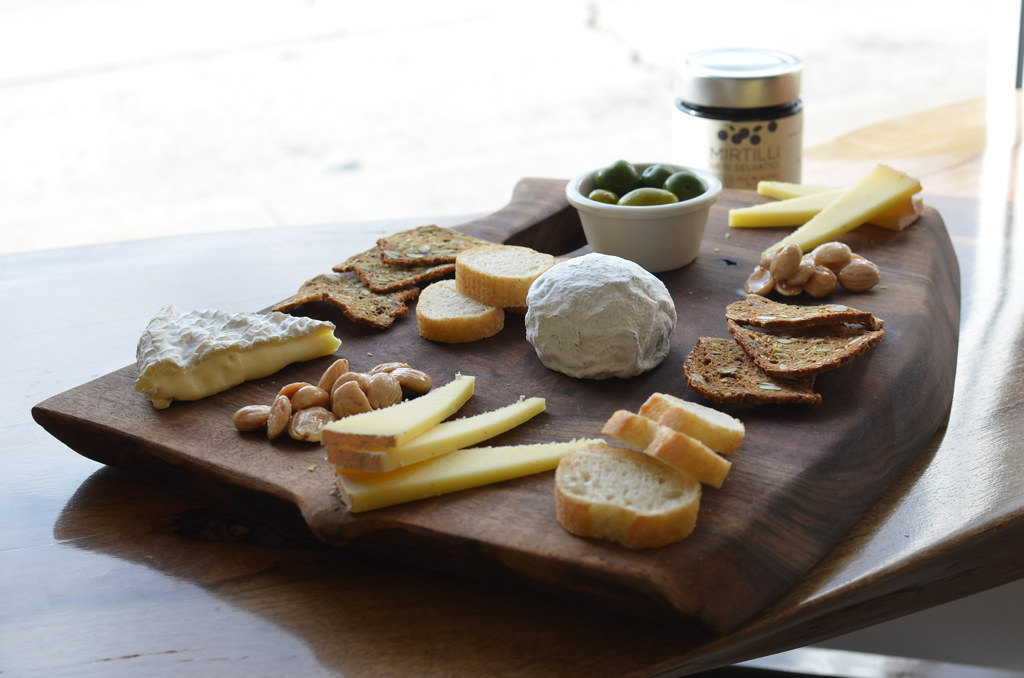 All-American Cheese Board[/caption] There’s a new cheese shop on the Culver City block, and Westsiders are all the better for it. Now entering its third month of business, Alex Josef’s Wheel House Cheese Shop is making rare cheeses accessible and approachable to all who are curious about the ins and outs of cheese…or who may simply want an expert to curate a cheese board for them and their visitors. [caption id=“” align=“alignright” width=“320”] 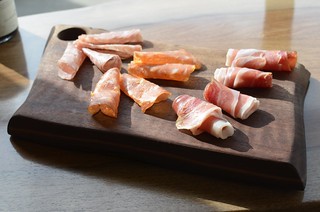 Meat Selection[/caption] The cool temperature of the interior is evocative of a movie theatre on a hot day, but the cheeses inside the front case set the stage. Organized according to region and kind of milk from which the cheese is crafted, the case is a pristine display of cheeses from near and far. The best part is that there’s always someone knowledgable behind the case to help you out with tastes and suggestions. You’re guaranteed to try cheeses that you’ve never tasted, before, with as much as one-third of Wheel House’s selections being completely new to Los Angeles. Alex Josef, the owner, has enlisted the help of Steve Jones, the world’s Best Cheesemonger of 2011, and with that comes the experience of having run a cheese shop for 20 years. And it’s his expertise and connections that are helping to bring the rarest of cheeses specifically to Wheel House. “We are focusing on working with the most exclusive cheesemakers we can,” Jones says. “Oddball producers that bigger stores can’t work with are our specialty.” [caption id=“” align=“alignleft” width=“320”] 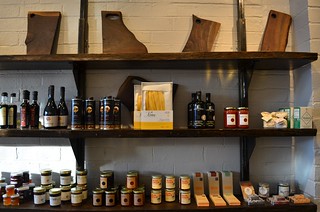 Wheel House Cheese Display[/caption] On my visit awhile ago, Alex curated an excellent all-American cheeseboard for a tasting. It included a brie-like Moses Sleeper and Cabot Clothbound cheddar, both from Jasper Hill Farm in Vermont. The ball-shaped cheese in the center is the Wabash Cannonball, a fantastic goat cheese from Indiana. Alex also has a meat case filled with charcuterie selections from Portland’s Olympic Provisions and other sources, as well as shelves stocked with preserves, honey, salt and other accoutrements for your cheese board, which they also sell. I’ve already revisited the shop and brought home some Spanish cheeses for Labor Day weekend, including Malvarosa (sheep) and Veigadarte (goat), which were absolutely delightful. On the stinkier end, I was also shown and sold on the buttery and tasty Nancy’s Camembert from New York. They’ve also just started cheese appreciation and pairing classes on their delightful back patio decorated with bamboo for ~$30 per person, depending on the class. Alex also says that he’s going to start doing giveaways on social media, so be sure to start following @WheelHouseLA on Twitter and sign up for their mailing list for such opportunities to experience their delicious, rare cheeses. Cheese board tasting was hosted.