What I Learned About the Art of Tea 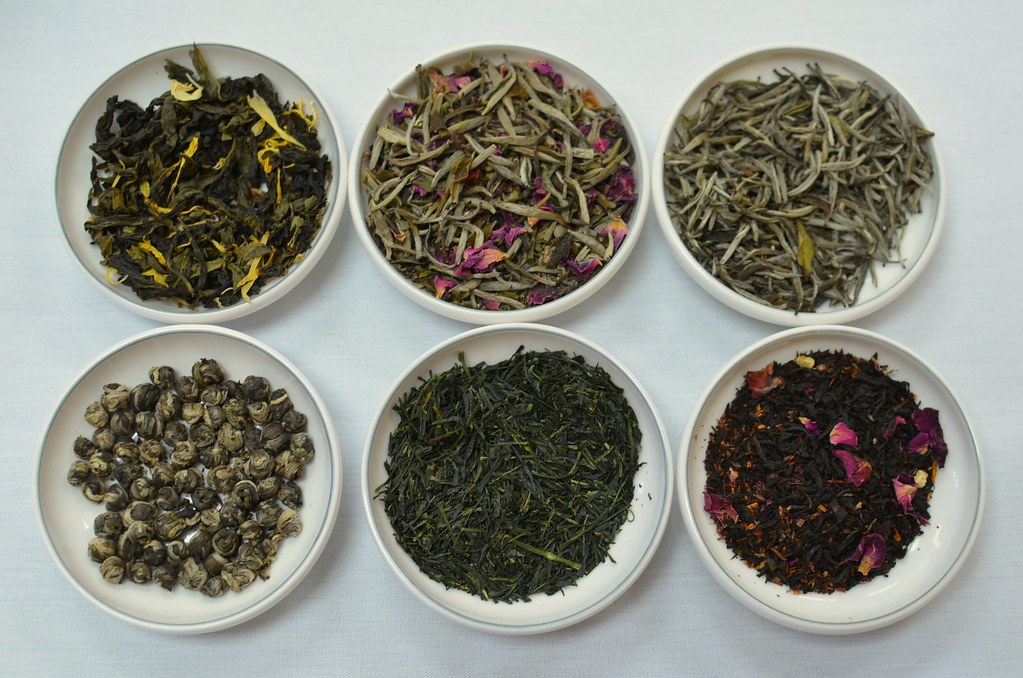 Mandarin Silk, Rose Lavender, Silver Needle, 1896, Gyokuro, Jasmine Pearls (clockwise, upper left)[/caption] More people drink tea than any other beverage besides water. In fact, tea is drunk at least 3 billion times per day. So when I got invited to tour the Art of Tea headquarters in Monterey Park, I jumped at the chance to demystify this ancient practice. I had seen Art of Tea served in many restaurants and hotels around the city, so to tour the facilities of a tea maker who has successfully captured a lot of the high end market was a great opportunity. Steve Schwartz, founder and CEO of The Art of Tea, first came into tea making when he lost his mother to cancer and became increasingly interested in Ayurvedic medicine. [caption id=“” align=“aligncenter” width=“500”] 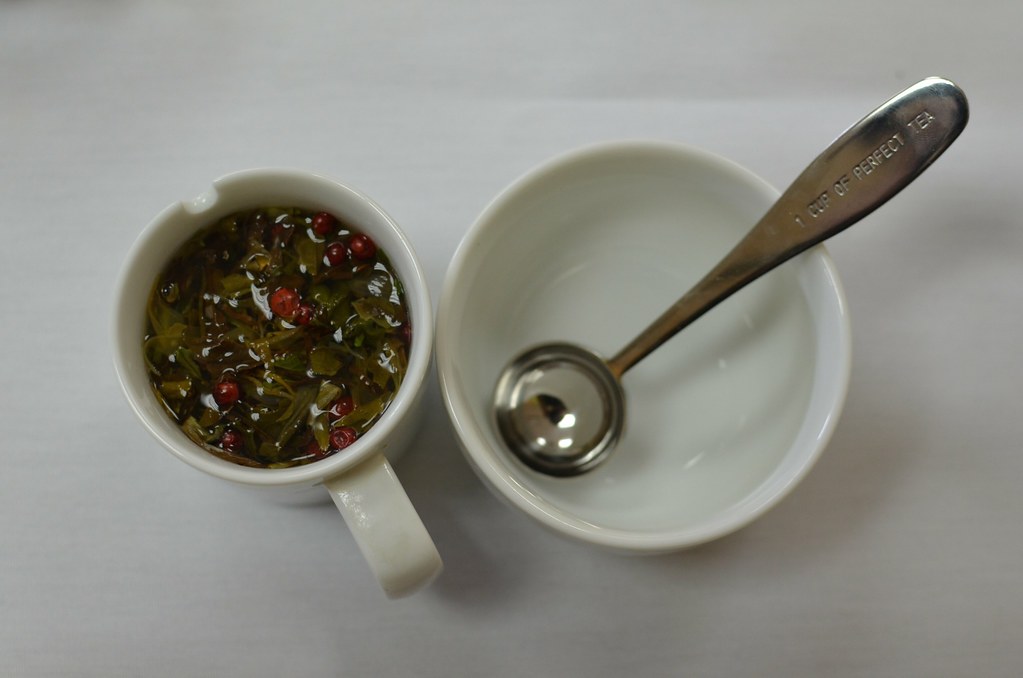 Steeping my own tea blend[/caption] Most teas at the company are Certified Organic. The only cases in which they wouldn’t be is if the grower is so small that he cannot afford to get certified or the tea varietal is a “must-have” and only available from one supplier. [caption id=“” align=“alignright” width=“240”] 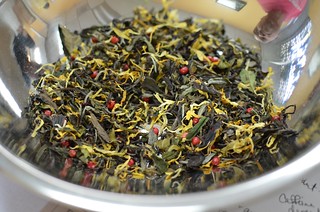 White Peony, Himalayan Quest, Marigold, Pacific Coast Mint, Pink Peppercorns[/caption] At the end of the tour, we got to create our own tea blends. It was an awesome study of many senses, and we each tried to follow the Art of Tea’s mantra that good tea should have “beauty, brains and depth.” We chose from White Peony, Assam Gray, Himalayan Quest, Rooibos, Earl Grey, Sencha teas to blend, with added flowers like Marigold, Cornflower and Roses. Other additions included Hibiscus, Apple, Lemongrass, Orange Peel, Pink Peppercorn, Cardamom and more. It was the best science experiment, ever. I leave you with some bullet points on tea, including why tea is a better caffeine fix than coffee. Not that you’ll listen, anyway.

By the way, I’ve got a discount coupon code for 10% off. It’s good for everything except gift cards and tea of the month: “BLEND10” (that’s the number ten at the end). One of my favorite methods of theirs if you don’t have fancy equipment is their biodegradable filter bags, which have a tiny draw string to cinch once you fill it with your favorite tea. Enjoy steeping!