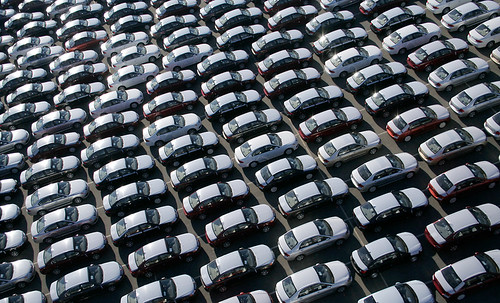 [/caption] We’ve been notified about this weekend for months, folks. And here it is: The 405 Freeway, on the stretch between the 10 and 101, will be closed Friday night (on-ramps begin closing at 7 PM, lanes at 10 PM) through Monday morning at 5 AM. What does that mean? Stay home if you can! Or find some alternative route (it’s hit the fan: even JetBlue is offering $4 flights from Long Beach to Burbank). Or, you can make the most of it and, like me, Metro it on over to the other side of the 405. Pasadena, that is. I plan on taking the Red Line to the Gold Line since L.A. Street Food Fest will be providing shuttles from Memorial Park Station on the Gold Line to the Rose Bowl every 30 minutes. Plan on making it a Staycation? LASFF has also secured a special rate at the nearby Courtyard Marriott. There are plenty of reasons to trek it on over to the Rose Bowl. Try these bites:

And if that’s not enough, head on over to Bill of Street Gourmet LA’s post on the LASFF, whereby he details the vendors he brought up from Mexico to specially attend this event with their delicious bites. Also try on the entire vendor list for size if you really want to know who’s going to be there. This event has surely moved on from a representation of the nouveau food truck oversaturation we’ve seen in these parts. Get ready for some O.G. tastes! [caption id=“” align=“alignleft” width=“240” caption=“Steak Tartar by Ricardo Zarate”] 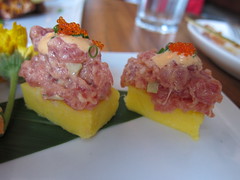 [/caption] If you want to live it up and try on the Luxe Lounge for size, mixologist Julian Cox and his specialty cocktails would be the perfect reason to push you over the edge. It’s $15 more and now, only the afternoon tickets are available so be sure to jump on it ASAP. But wait, I’ve got a link for $10 off (courtesy of the famed Test Kitchen) tickets. Just look below. And in case you were worried about the lack of culinary (and political) star power at the event, never fear: Michael Voltaggio, Mayor Villaraigosa, Jonathan Gold, Lesley Bargar Suter, Walter Manzke and Marcela Velladoid will be on-hand to judge the bites at the fest. It’ll be exciting to see just who wins in their respective categories. So, I will see you there - with multiple bites in-hand. Don’t forget: It’s presale only and there are only a few hours left to buy so don’t sleep on this one.

Presale only: Discounted Tickets ($10 off) through Test Kitchen”) Regular Presale