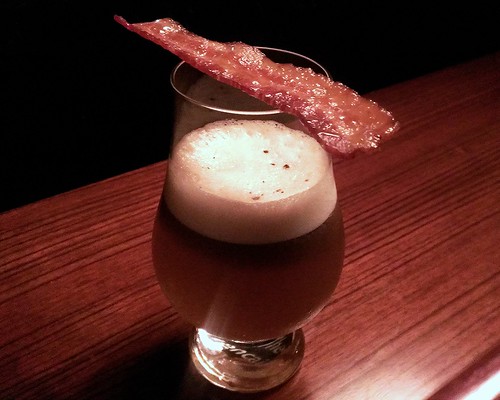 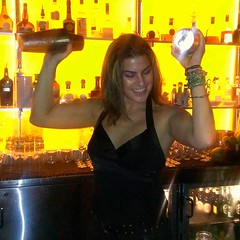 Amanda Gunderson[/caption] The kitchen is pretty hush-hush about the menu, but you can expect some of the 16 to include whimsical dishes like “Dark Egg” with carbonara, Black Truffle Penne with almond milk and Turbot with black pepper air and chicken perigueux sauce. The cocktail that kicks off your evening, however, provides some extra excitement as it’s the result of a competition amongst the bar staff, which the very talented Amanda Gunderson won. Her creation is called The Little Truffle Maker, and the cocktail is nothing short of delicious. She tells me it took a lot of R&D - because while it’s indisputable that while black truffle is a magic ingredient, they’re also very expensive and potentially overwhelming. The Little Truffle Maker is made with Martin Miller’s gin infused with asian pears from the in-house patisserie, truffle juice reduction, french lemon juice and quince paste grenadine made with truffle chunks and thyme. Truffle salt is sprinkled on the cocktail and a strip of honey glazed bacon garnishes the top. Amanda advises that you smell and sip the cocktail before biting the bacon (as hard as it may be not to eat the garnish first), and alternate your sips and bites so that the bacon doesn’t overwhelm the cocktail. I tried my hardest to show restraint. As you can guess, it’s quite the financial commitment, as truffles are, at $250 per guest. The wine pairing option runs an additional $100. Reservations are required and can be made by calling 310.246.5555. Bon appetit!