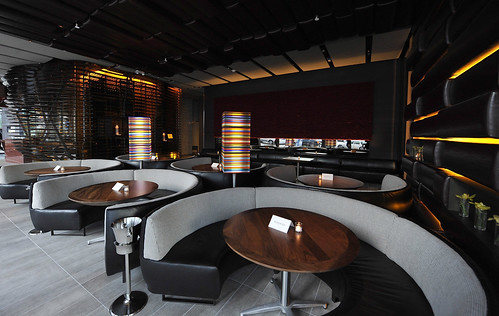 I was lucky enough to catchÂ the third installment ofÂ The Liquid Muse’s Cocktail Club but since then, I’m sure to not miss another meet-up. First of all, it was an opportunity to visit a new spot that I probably wouldn’t have thought to scope out and second, it was a pleasure meeting other bloggers and others more well-versed in the area of libations, whether they be in the industryÂ or people workingÂ on-site (Not thatÂ being more well-versed than IÂ in itself requires a whole lot!).

For the night, Natalie picked out two drinks to serve her attendees that were onÂ opposite ends of the “cocktail rainbow.” One was an absolutely deliciousÂ strawberry, rhubarb andÂ thyme gin cocktail - Summer Thyme, it’s aptly called -Â while the other was a Manhattan made with rooibos tea, Maker’s Mark and luxardo cherry. Since I love “refreshing” and Manhattans in general, it was a perfect night to enjoy both cocktails. 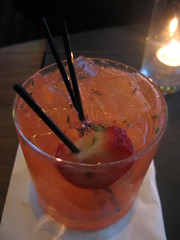 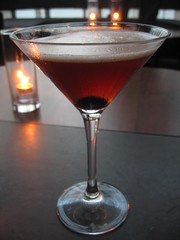 BoaÂ - at their new Scene with a capital “S” on Sunset Blvd. -Â boasts the second-largest private liqueur collection in the country. It was so interesting gazing at all the liqueurs in their cases - the bottles of which were so creative and from all different parts of the world. Unfortunately, however, the appetizers that were served with our cocktails left a lot to be desired. There wereÂ three to choose from. TheÂ patties in the burger sliders were salty and the goat cheese baklava were interesting enough to munch on for the night (because who doesn’t love goat cheese?) since the pastry was crispy enough. The really confusing one was a sort of pizza with shrimp, feta and leeks. They were messy and just kind of piled on top of the flatbread - not in the least remarkably tasty.

Fortunately, Natalie hosts her Cocktail Club in different locations every time. The next is an absynthe tasting so be sure to sign up! I’m so excited to learn much more. 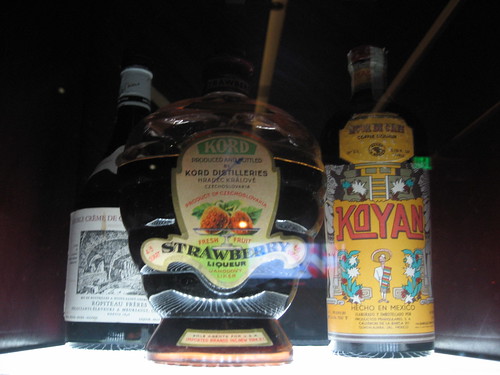