The Fusion of Food With Fashion: Taste of the Nation at Tory Burch 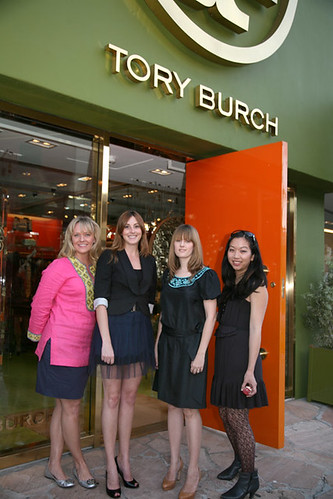 [/caption] As mentioned earlier, I co-hosted an event that took place at Tory Burch on Robertson for a special Taste of the Nation shopping event last Thursday.Â While holding the honor of being the token food blogger, I joined Dena of Dluxelist and Christina and Stephanie ofÂ Paisley PetuniaÂ (recap)Â as hosts.Â I’m elated to report that the turn-out and the event as a whole were a huge success. Probably every girl there tried on a pair of shoes. I went home with a pair of sunglasses and a clutch while having resisted a black leather tie belt. But the bubbly flowed freely as trays of Susie Cakes cupcakes were being passed by extra tall male models dressed in black. [caption id=“” align=“aligncenter” width=“500” caption=“Inside Tory Burch during TOTNLA event | Photo Credit to Mike Tabolsky”] 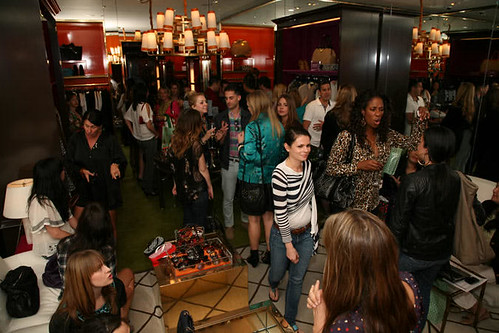 [/caption] The place was packed and I got to meet a ton of cool gals from the L.A. beauty blogger community.Â For eachÂ 10%-discountedÂ Tory Burch purchase, 10% more was donated to Taste of the Nation. Or, if the attendee bought a ticket to the Taste of the Nation culinary event,Â she got to save a total 20% off her Tory Burch purchases. Each ticket purchase came with a fabulous gift bagÂ put together by Dena. Taste of the Nation ended up selling more tickets than projected, and became that much closer to ending childhood hunger in Los Angeles. But there is still a ton of work to be done - leading up to and through the big event on Sunday, June 6. And there are plenty of more opportunities to support Taste of the Nation at an upcoming function while getting your tickets at the $15-discounted rate: 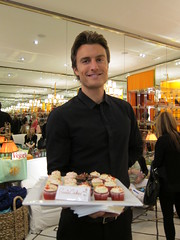 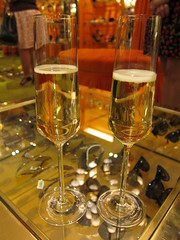 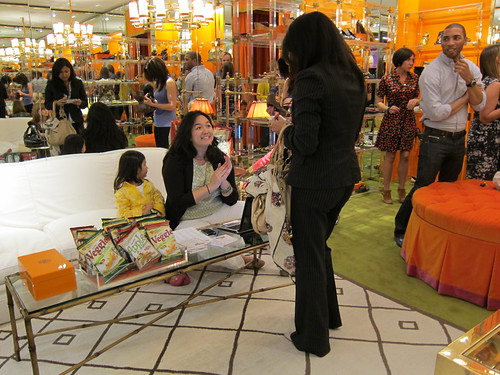