The Fantastic Sandwiches at Torta Company 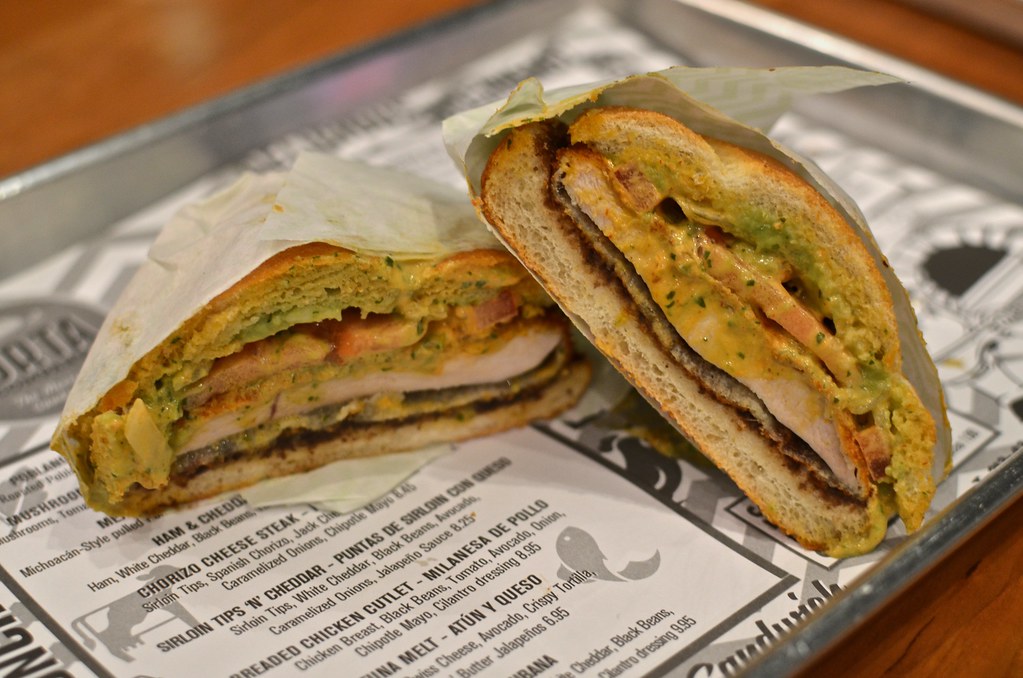 Milanesa (breadded chicken) Torta comes with a layer of frijol[/caption] There are a lot of choices available in the food court at Fig and 7th in Downtown L.A., but only two stands offers a myriad of excellent Mexico City fare. Jimmy Shaw’s fifth installation of Loteria! Grill stands next to the very first Torta Company, a collaboration with his brother Andy that has finally come to fruition after many years of recipe-testing and planning. And while many don’t know it, we Angelenos are so very lucky to have access to such a fine product as Jimmy and Andy’s tortas. [caption width=“1024” align=“alignright”] 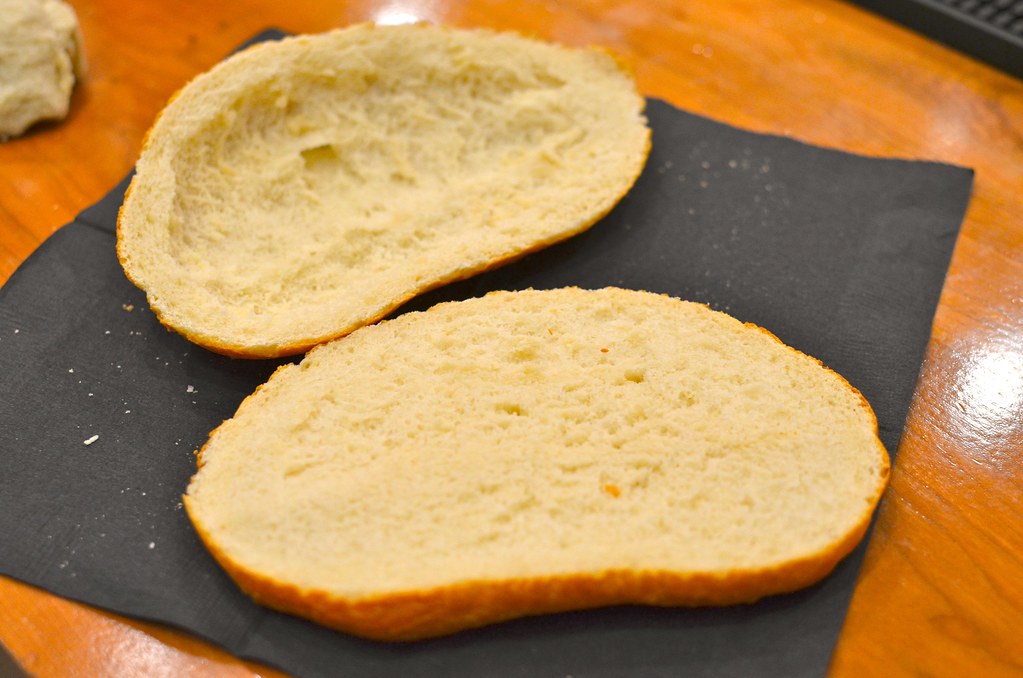 Telera[/caption] The torta bread, called talera, took 2 years of testing in and of itself. While many of the breads are a testament to the French influence on Mexican culture, Andy and Jimmy’s in-house pan francés are an excellent, customized framework for the delicious ingredients in each variety of tortas at Torta Company. Their exhaustive testing and perfecting was well worth it, with just the perfect amount of crunchiness on the outside and tiny bit of sponginess on the inside. In fact, before piling on the Torta ingredients, they scoop out the inside of the top layer of bread so the ratio is just perfect. I’ve been overwhelmed many a time with unwieldy bread that just compromises a sandwich’s composition and integrity, whether being too soggy or too hard and crunchy. But the quality of ingredients, in addition to the bread, really puts these Tortas over the top. [caption width=“1024” align=“alignleft”] 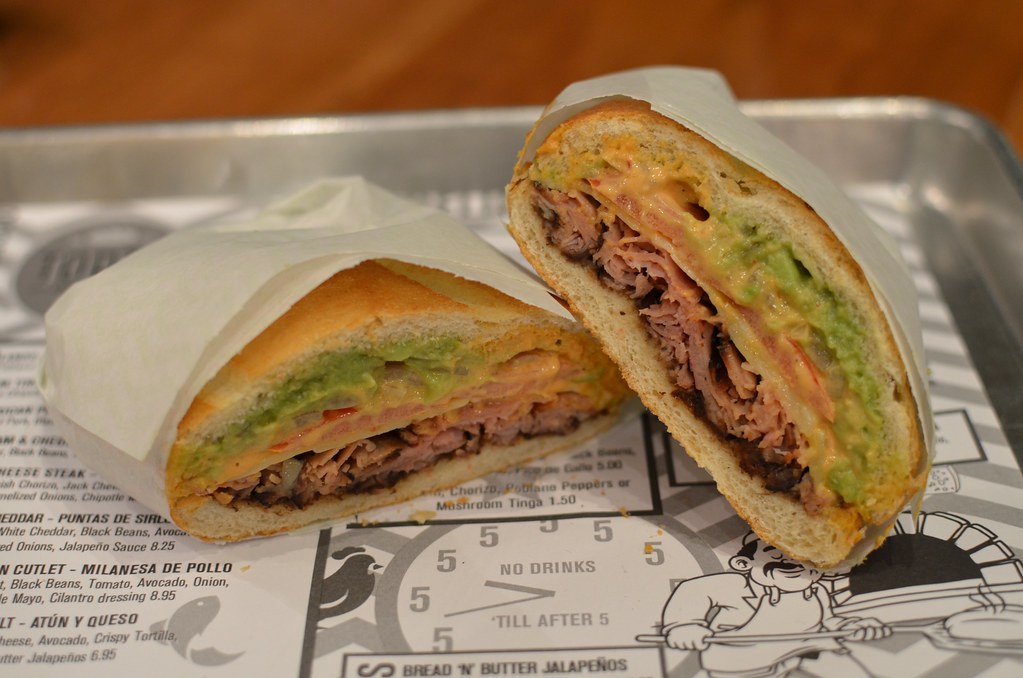 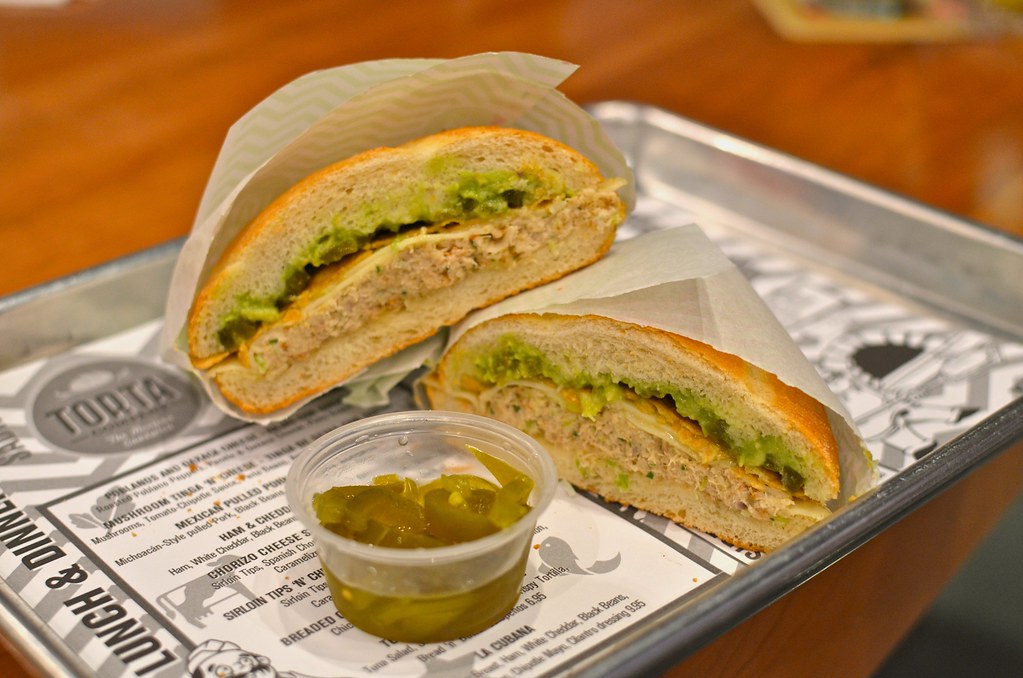 Tuna Melt, jalapeños[/caption] The Pierna Adobada (Michoacán-style Pulled Pork) and the Milenesa de Pollo were my favorite meat varieties, with beans being an important layer in each. But the Jamon y Queso (Ham and Cheese) and Atun y Queso (Tuna Melt) were also pretty delightful, with the latter including a layer of tostada for a little bit of crunch as well as sweetened and pickled jalapeños, to mimic the pickles you’d often find in, well, an American tuna melt. So head on over to FIGat7th for some excellent Tortas, no matter what time of day. You’ll be surprised by just how good a sandwich can be. All food and drink were hosted.