Tales of the Cocktail Spirited Awards: The Varnish is America's Best Cocktail Bar 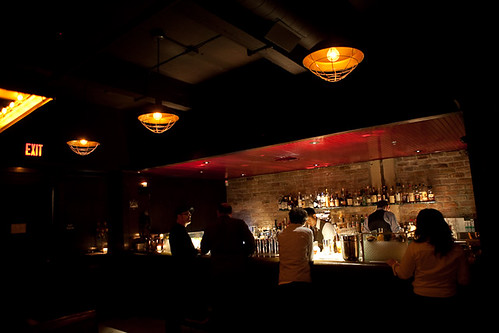 “Five years ago at Tales [of the Cocktail], it was just a small group of us from L.A. The guys from Portland, New York, OH MAN SAN FRANCISCO … would ask, ‘Where are you from?’ … ‘L.A.? Oh, that’s nice. How’s the bottle service?’” - Aidan Demarest, Tello Demarest Liquid Assets

I’ll never forget my first time in New Orleans this past weekend at the 10th Anniversary of Tales of the Cocktail. There’s something about getting to witness your favorite bartenders in your home city come together to celebrate their craft with their big shot counterparts from other cities. Going from seminar to tasting room to industry party to Spirited Dinner (while catching some not-to-miss eats of the city in between) in the humid, 90° swelt of The French Quarter was a new junket to me, but the presence of Los Angeles was unmistakeable, making Tales all the less intimidating and more familiar, much faster. [caption id=“” align=“alignright” width=“320”] 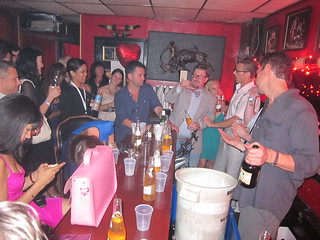 Post-Spirited Awards Celebration at One Eyed Jack’s[/caption] We are all bartenders, brand ambassadors, educators, writers, photographers and more - with many wearing more than one hat - and as with every year at The Spirited Awards on the last night of Tales, the best of the best are officially recognized. A winner in each category is announced after an initial top ten finalists are narrowed down to four. Though Eric Alperin and The Varnish have been our bastions of Los Angeles in these awards for the past couple years, it was the 2012 Spirited Awards when the L.A. bar community finally felt taken seriously. There was a plethora of Top 10 finalists representing Los Angeles, announced back in May. Their mentions are below, with the Top 4 denoted by an asterisk: Eric Alperin(*) and Vincenzo Marianella of Copa d’Oro were recognized in the American Bartender of the Year category. The Huston Brothers and Steve Livigni’s and of course Pablo Moix’s Harvard & Stone and 213 Nightlife’s The Varnish(*) were both nominated for Best American Cocktail Bar(*) and World’s Best New Cocktail Bar. La Descarga(*), also by The Huston Brothers and Steve Livigni, made World’s Best Cocktail Bar, Best American Cocktail Bar and Best High Volume Cocktail Bar(*) nods, with Seven Grand joining them in the latter column (best intro video at the awards, by the way). Julian Cox’s bar at Rivera(*) made the finals for Best Restaurant Bar. My neighborhood bar, The Spare Room with of course bar program by Naomi Schimek in The Roosevelt Hotel was a finalist for Best Hotel Bar. L.A.-based Dave Stolte’s Home Bar Basics also made the Top 10 for Best New Cocktail/Bartending Book and Dan Dunn, “The Imbiber,” made a nod for Best Cocktail Writing. Also recognized at The Spirited Awards were Jaymee Mandeville of Drago Centro and Cari Hah of Neat as apprentices of Tales. Jaymee walked away with a huge WIN as one of the Top 10 Trend-Setting Mixologists!! She is doing incredible things over at Drago, so be sure to head on over there for a taste of one of her summer cocktails. As Los Angeles had never had a win in previous years, I was elated to find so many of our bars nominated in so many categories. After it was narrowed down to the final four, I knew I had to make The Spirited Awards just so I could be there for a potential L.A. win. The Varnish was it, and all of the Los Angeles bar community jumped and shouted in the room. There were cartwheels on-stage. Chris Bostick, now relocated to Austin, returned to accept the award along with Eric Alperin and Cedd Moses - as well as the entire team. And then we retired to the upstairs of One Eyed Jack’s to celebrate the win. Camaraderie was felt by all. We’ve come a long way, baby…