Seoulful Suppers and Eats at Gyenari 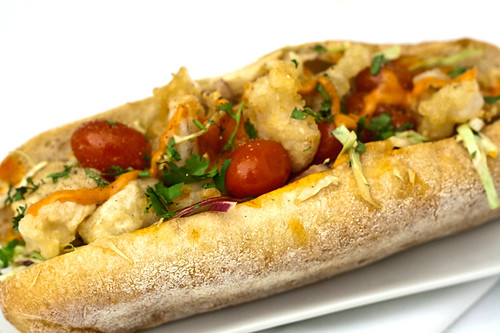 The “West of Koreatown” flagship of Korean food, Gyenari in Culver City, is doing something rather special. Headed by Debbie Lee - of The Next Food Network Star fame, also Hatchi Series alum - they’re offering a Southern Korean-inspired menu. You can tailor your own prix fixe menus according to whatever and however much may suit your fancy. Starting with 3 courses for just $20 - diners can go as big as 12 courses for a not-so-steep $79. And with a menu divided up into “raw,” “salads & porridge,” “small bites,” “seafood,” “Ssam BBQ,” etc. - there’s a little something for everyone. I’d almost like to consider the system akin to a sort of Korean tapas.

With some simple math it’s apparent that the prix fixe menus are a good value as compared to ordering the items individually. And hey - don’t let me assume you’d never be able to put away 12 courses if not for the prix fixe option - take pictures and get back to me on that write-up. Color me impressed. (Okay fine, I guess you could have a friend along.) And if you’re feeling more like a midday treat, there are new offerings including the â€œBibim Box,â€ the Korean version of the classic Japanese lunchbox with choice of 1 Korean BBQ menu item, appetizer, salad, banchan, rice, and beverageÂ  for only $9.95. Other lunch options include:

I still have yet to check Gyenari’s new menu out but with Culver City so nearby my workplace, you can expect a follow-up in the near future!