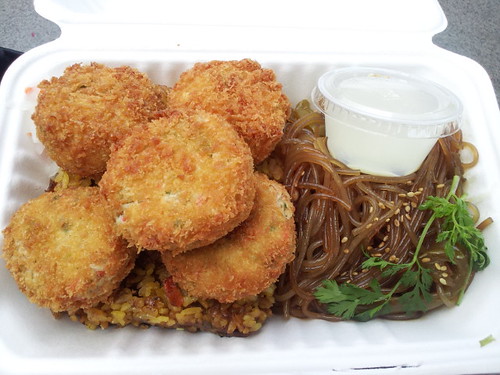 [/caption] With their debut event occurring last year, Savor Los Angeles will return next weekÂ and instead of focusing on the sweet, the emphasis will be on pairings. “BFFs” for the acronymically inclined. They’ll feature eateries and vendors trending in the Hollywood, Silver Lake and Downtown areas like The Oaks Gourmet, Mas/Malo Restaurants, Starry Kitchen, Reservoir, Bangers and Smashed and Cast Iron Gourmet. Of course, The Farm of Beverly Hills also deserves a mention as the west-most representative of this culinary extravaganza. Tickets start at $55 plus tax for tastes of all vendors, pre-event cocktails, Veev event cocktails, Zhena’s Gypsy Tea and Duvel beer. VIP will run you $85 and will get you a VIP gift bag, open bar and a special entrance. Fancy. Proceeds from Savor Los Angeles will benefit CoachArt, which teaches art and athletic classes to children and adolescents with chronic illness. All paper- and plasticware at this event will be reusable or rapid biodegradable. So there you have it: A tasting event in a posh, intimate Hollywood studio setting. I’ll see you there!