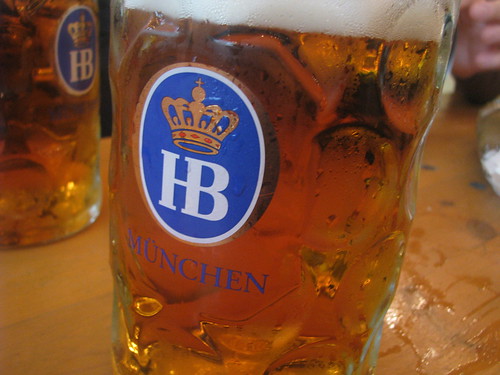 Today: If you’re not in Mammoth snowboarding or skiing for free, you’ll want toÂ poke your headÂ into the nearest Coffee Bean & Tea Leaf and retrieve your complimentary pumpkinÂ iced latte or iced blended between 4-7 PM. And if you are a pre-fan of the movie or love Arcade Fire, pick up the Where the Wild Things Are Soundtrack at Amoeba Hollywood, because while you’re at it, you might as well get aÂ voucher redeemable for a free ticket to see the actual movie at participating cinemas (Arclight, across the street,Â would beÂ my favorite cinema membership). Then, tomorrow - you’ll be ready toÂ celebrate the arrival of fall in LA this mid-October (hellooo, El NiÃ±o) and celebrate by drinking beer. No matter where you are, there are plenty of options to celebrate LA Beer Week tomorrow - especially if you’re trying to rectify your horrific LA Oktoberfest experienceÂ from last week. Between Bigfoot West’s awesome interior and one of my old time favorites - Verdugo Bar - you’ll see me debating where to go up until tomorrow afternoon. Saturday, October 17, 2009 West Los Angeles Bigfoot West celebrates its first October by calling their tented beer fest Rocktoberfest. Tomorrow, they’ll be hosting a tented beer garden with bands - thus the rock - and a special list incorporating that infamous Bavarian Purity Law including:

(Shhh…I won’t tell anyone if you don’t that Beck’s nor Jack’s doesn’t pass Reinheitsgebot. But, who’s counting at _Rock_toberfest?)

Never fear, eastsiders - Verdugo Bar is having their own beer celebration. Buy your entrance fee into the festivities for $20 (or $25 at the door) and included in admission is 4 drink tokens. With Ryan Sweeney - who’s been recently tapped to do the Capitol City beer program in the Cahuenga Corridor -Â at the helm, this is the place in town to have 4 beers anyway. German beer will be featured and special food will be available as they open up the parking lot, set up the tents and a stage for music.

The Strand Brewing Co., a new craft beer brewery based out of Torrance, will be celebrating their launch at Naja’s Place on the Pier in Redondo Beach. Their inaugural brew is called 24th Street Pale Ale, and all of The Strand’s VIP will be on hand for the celebration. Naja’s actually has one of the largest beer lists in all of Los Angeles while specializing in Belgians. Looking for ABV? Check out some of what’s on tap:

Live elsewhere? Check the official LA Beer Week event page for what’s going on in the ‘Dena, Torrance, Downey and Alhambra (38 Degrees would be a place to check out - though I still need to visit).

Have a great Saturday and weekend.