Royalties Are All Ludo's at LudoBites Launch 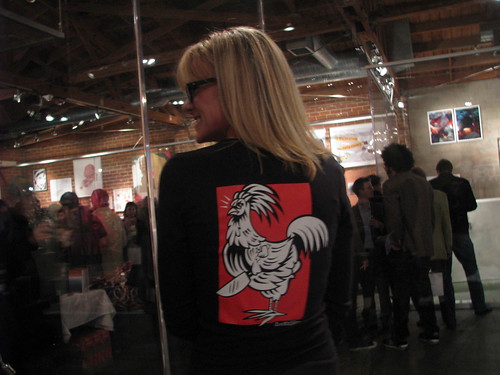 [/caption] It could’ve been just another November Friday night in L.A. of standing in line outside just to stand shoulder-to-shoulder inside. But no - it was Culver City not Hollywood, and this pop-up culinary experience called “LudoBites” came packaged inside a Japanese cosplay cafe accented with a concurrently naughty theme. That theme would be “In Bed Together” - in regards to the displayed art around the cafe - and the French chef’s wife would have a … rooster on her back. [caption id=“” align=“aligncenter” width=“500” caption=“Scallop crudo and pineapple in brown butter, squid ink”] 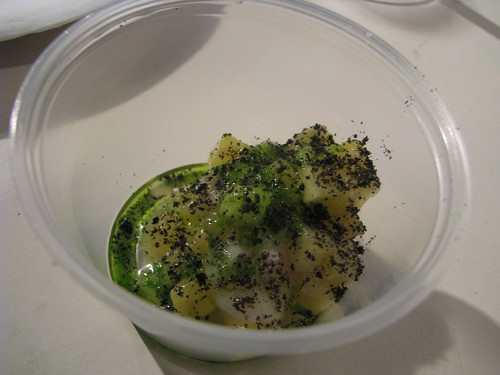 [/caption] There were the standard passed appetizers like tuna carpaccio, steak-wrapped asparagus, French fries and miscellaneous toasts that would satiate us aside from the dishes du jour. Chef Ludo Lefebvre himself would be encased inside a glass box in the center as guests filed into that box on one side of the velvet rope while not necessarily exiting on the other. Bright lights. It was hot in there. But that didn’t stop Ludo from fixing hundreds of Solo cups filled with a delicious mixture of scallop crudo and pineapple in brown butter - all of which came dusted in dark specks. Hey - we all love butter but the surprising thing about the dish was how light it was. The sweet pineapples were perfect in highlighting the mild flavor of fresh scallops. The salty squid ink brought everything out together. [caption id=“” align=“aligncenter” width=“500” caption=“Buckwheat crepe with goat cheese and bacon jam”] 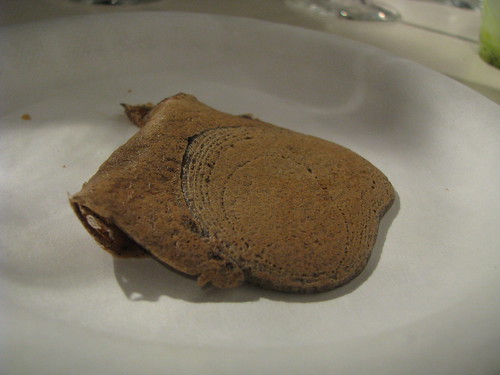 If the scallop crudo was light, the crepes were a perfect savory-sweet contrast. And if you follow @chefludo and @frenchchefwife on Twitter, you’ll know that different crepe batters have been in the test kitchen as of late. What did they end up with? A buckwheat crepe filled with goat cheese and bacon jam. Bacon jam? Why, yes. Of course it was bacon jam. 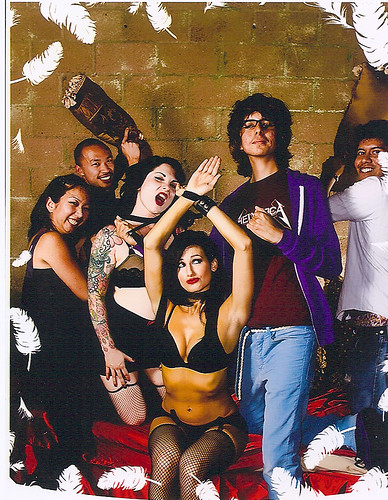 [/caption] The company made the bite sized-food fest all the better. It was, as always, fun to see practically everyone who exists in the Los Angeles Foodie Universe. Overwhelming, perhaps, but also fun and interactive. And how could it not be - with the kind of fun photo “booth” that was available that night? I’m definitely looking forward to my first LudoBites reservation next week!

In Bed Together: Art & Bites from Ludo Lefebvre at Royal/T - Food, She Thought

“In Bed Together” - Diana Takes a Bite 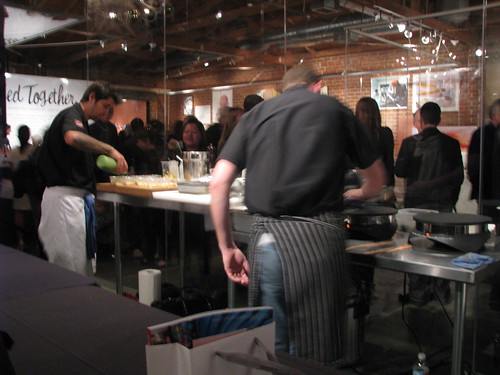