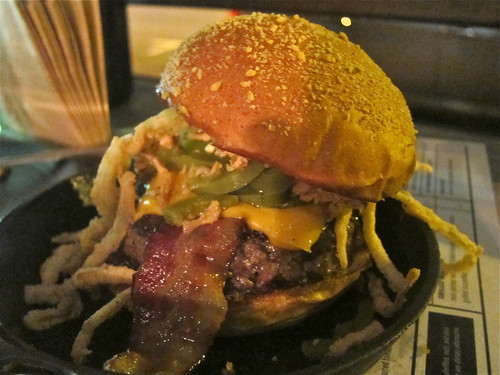 [/caption] Since I’m a Hollywood resident, I admit I’ve been sorely behind on the West LA food scene - and Plan Check has been one of the casualties. Recently, I had a good reason to venture west of the 405 and really see what the fuss about the burgers were about. [caption id=“” align=“alignright” width=“240” caption=“World Fries”] 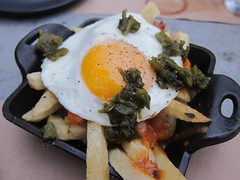 [/caption] Stüssy, the former surf-centric brand that you can now find as a Target clothing staple, has events to promote its brand - though shall we say they read more like pretty rad one-off parties held at varying venues. Plan Check was the site of one such event a couple weeks ago, whereby I tried “The ISB.” Made with Akaushi beef, jalapeno escabeche, cheese, smokey bacon, battered onion straws, “knowledge” sauce & crunch bun. I know bacon is a shoe-in ingredient, but this was one of the best bacon burgers I’ve tried in recent memory. The lush bun was of no detail! It was a delicious burger reminiscent of Umami thanks to the fried onion, and ultimately alumni chef Ernesto Uchimura, but I could tell at Plan Check that their burger product is that much more reliable - barring a guerilla expansion plan to flood Los Angeles, that is. [caption id=“” align=“alignleft” width=“240” caption=“Stoopid Fresh Donuts”] 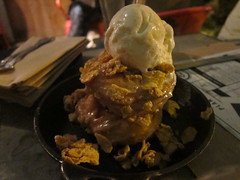 [/caption] Another other must-try limited edition item is the World Fries, which comes topped with chorizo gravy, fried egg and roasted pasila chile. These were done way before the burgers came - because if you love eggs, chorizo and chiles, there’s just no saying “no” to these fries. Ever had cereal milk soft serve at Momofuku? The Stoopid Fresh Donuts are the real-life incarnation of the mere flavor, made with cooked cruller, raisin frosting, cereal milk ice cream and carmelized cornflakes. The cornflakes were a nice touch to the dessert thanks to the sweet crunchiness. So don’t forget your Stüssy-fied dessert. With these limited edition items pretty much hitting it out of the park, I can’t wait to try Plan Check’s regular menu - complete with cocktails by Steve Livigni and Pablo Moix. West LA, I’ll see you soon again. Check below for that special menu, available now: [caption id=“” align=“aligncenter” width=“320” caption=“The Stussy Menu”] 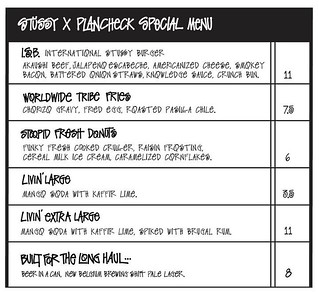 [/caption] All food and drink were hosted.