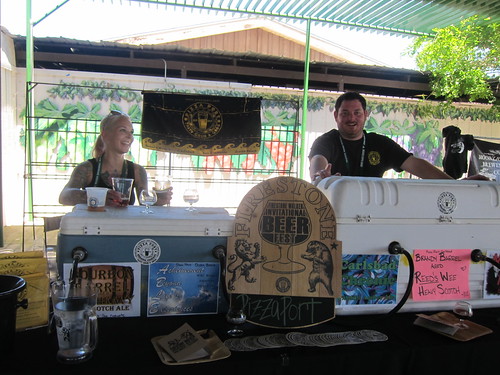 Pizza Port Representing Solana Beach at Firestone Walker Invitational[/caption] There’s a lot to be said about inaugural events and beer festivals - we’ve all had our fair share of either trying to outstretch the growing pains involved. But the Firestone Walker Invitational Beer Festival was a special example of both, and it really is by luck and privilege that I was able to attend the June event in Paso Robles. [caption id=“” align=“alignright” width=“150”] 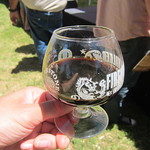 3 Floyds Dark Lord: An Extremely Rare Russian Imperial Stout[/caption] First of all, breweries could not send representatives as with a slew of other beer festivals where that would be protocol. Instead, Firestone Walker required each brewery to send two of its actual brewers. Given not only the rise of the craft beer scene in California and across America but also the underground geekery that buttresses the craze, maybe it was only inevitable that the event was sold out after only one month after they even went on sale - in February. Not bad for the first time, and with 2,500 tickets to unload, at that. The set-up of the event was, in short, impressive. We media folks were lucky to get an extra hour before the others to score some pours, but when the event started at 1 PM, we heard the cheers of queued-up beer drinkers on-the-dot. As they stampeded the Mid-State Fair Grounds, the lines to the rarer beers were to be expected, but overall, it really seemed like there was a perfect balance in the quantity and quality of beer to attendees where everyone got to try the ones they wanted. Each brewery in attendance generally brought a session beer along with a rare beer - with Firestone Walker of course hosting with a larger portion of their repertoire. Well done. [caption id=“” align=“alignleft” width=“240”] 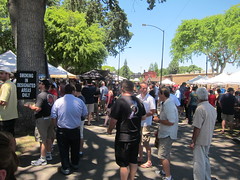 #FWIBF at Midstate Fair Grounds[/caption] While I love California and West Coast beer, the real treat was getting to try a few of the Midwest breweries that came all the way to Paso Robles to educate and pour a few for us festival attendees. Among them were Bell’s Brewery (Kalamazoo, MI), Founders (Grand Rapids, MI), Boulevard Brewing Company (Kansas City, MO), Revolution (Chicago, IL), Sun King (Indianapolis, IN) and Three Floyds Brewing Company (Munster, IN). After fellow attendee Caroline and I got the scoop on the rare beers to try, we swooped on in to try Three Floyds’ Dark Lord with Vanilla Bean, a crazy delicious (and super rare) 15% ABV Russian Imperial Stout that was surprisingly and beautifully balanced. The Curmudgeon Old Ale from Founders was a dark, malty beast, since it was brewed with molasses before being oak-aged. Also delicious. [caption id=“” align=“alignright” width=“180”] 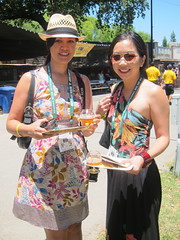 Caroline and I at #FWIBF[/caption] Boneyard Brewing and Full Sail represented the Oregon set, and after awhile I was craving a sour to shake things up on my palate. Boneyard’s Femme Fatale, a raspberry tart brown ale brewed with 14 lbs of raspberries per barrel. Full Sail brought their 2010 Top Sail Bourbon Barrel Aged Porter, which, for all intents and purposes singlehandedly debunked the process of my having had it with over-the-top, high ABV beers. Though there were hints of chocolate, vanilla and oak, I especially loved the figs. It was dark in color yet surprisingly and refreshingly drinkable. Russian River brought their Supplication, which was another helpful thirst quencher for my sour appetite. Also representing Northern California was FiftyFifty Brewing, with their rare beer being the 9.5% ABV Eclipse Barrel-Aged Imperial Stout being made even more awesome by being aged for 200 days in Elijah Craig 12 Year barrels. So. Delicious. I also think I found my new favorite sour beer in Tiny Bubbles by Hollister Brewing. It’s such a great introductory citrus sour. It’s refreshingly light yet fizzy enough to keep things interesting. Bear Republic Brewery brought their Altered Beast, an Imperial IPA made with two rounds of dry hopping then finished with American oak.The Lost Abbey brought their A-game with 4 beers, not the least being the Lost & Found, a spiced saison style ale, nor the 12% ABV Angel’s Share Bourbon. After all, bourbon aged barleywine in Paso Robles is as quintessential beer-festival-in-wine-country as you can get. [caption id=“” align=“alignleft” width=“320”] 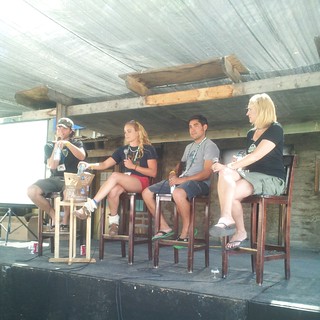 The Golden Road Brewing Crew Representing LA in Behind the Beer Panel[/caption] But I’d be remiss not to mention how the Invitational had international representatives. Yo-Ho Brewing flew all the way in from Karuizawa, Japan while the Danish Mikkeller, known as the “gypsy brewer,” travels to different breweries just to brew his 100% collaborative beer selection. I was super excited to try his beers after I learned about him, since he doesn’t even have a brewery that he calls home. His Big Worse, Red Wine Barrel Edition, was a super huge barley wine that was as big as it was delicious. Like crack. (Just don’t ask Mikkel for a business card, as gypsy brewers don’t typically carry, much less make, them. Because then they wouldn’t be gypsy brewers. Duh. Now that you mention it, don’t even try getting in touch with him again at all.) AleSmith, Ballast Point, Beachwood BBQ, The Bruery, Golden Road, Green Flash, Pizza Port, Stone Brewing and TAPS all represented Southern California in a strong way. It was great to survey the selection of attendees and brewers and realize that there were some hardcore beer mindsets in our midst while maintaining an open exchange of ideas. [caption id=“” align=“alignright” width=“150”] 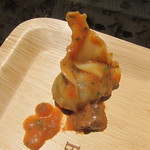 Tortelloni alla Piemontese from Buona Tavola[/caption] The food issue was also handled well, as everyone was provided with a meal ticket good for a bratwurst or steak sandwich. Additionally, local Paso Robles restaurants were on-hand to distribute bites from their menu. Not only were our stomachs properly lined for the brews, there were some positively delicious bites. It was also great to learn that the festival was also beneficial to Paso Robles as a community, since festival-goers booked reservations in town to follow the festival. Bravo! If this was the inaugural event, I can only imagine the level at which next year’s Invitational will be at. It was a great representation of what the multi-award-winning, mid-sized Firestone Walker Brewery set out to achieve on their home turf: Folks of like mind and spirit sharing a passion for making craft beer by drinking beers brewed by the leaders in the revolution. And with that, you’re officially on alert for FWIBF, 2012. If you love beer, you might as well follow @FirestoneWalker right now. Festival admission thanks to media pass courtesy of Firestone Walker.