Pairing of the New Decade: Sake and Wisconsin Cheese 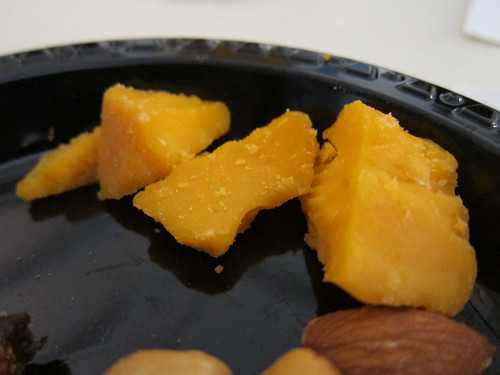 [/caption] I had first met Barrie Lynn of The Cheese Impresario over planning for Blogger Prom. Our party was so swank, you would bring your cocktail over from the bar to Barrie Lynn - whereby she would taste a straw-full of your cocktail and pair the appropriate cheese to the libation in your glass. If you have cheese in any capacity at your party, you better have Barrie Lynn there. The other day I was invited to the Learn About Wine loft in Downtown LA … to learn not about wine but about sake and its compatibility with cheese. Sake and Wisconsin cheese has been her recent breakthrough - a proclaimed “culinary epiphany.” I have to say, “Wisconsin cheese” is not a phrase I pass up on, ever. Let’s also say that my entire life I’ve always lived in The Cheese State, whether in the Midwest or on the West Coast. [caption id=“” align=“alignleft” width=“240” caption=“Mt. Victoria Old Fashioned Vintage Junmai, Legend of the Stars Junmai Diaginjo”] 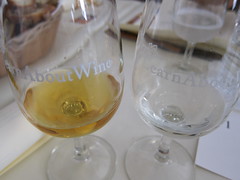 [/caption] Kei Inoue of Banzai Beverage was Barrie Lynn’s partner in crime, the liquid to her solid. He represents not one but many distributors of sake. Since my knowledge of sake was at 0, I was appreciative to get a lesson in what puts a good sake ahead of the others. Since sake is 80% water, water is the most important ingredient and indicative of the different regions of Japan and the quality of sakes that arises from each. Also important is how much the rice grains are polished. The more that is polished, the more amino acids - which taste poor when distilled - are shed from the brew, and the more refined. And right out of the gate, even the little that I knew about sake was thrown out the window when I realized that they gave us a sparkling sake to start. It was delicious and refreshing - and merely a prelude to the eight to come. 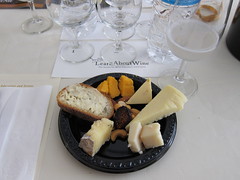 I had never had a dark sake before, but that’s exactly what we started with. The Mt. Victoria Old Fashioned Vintage Junmai had caramel and even almond notes due to it having been aged - a really complex sake that served as an aperitif. Or perhaps to contrast with the ultra smooth Junmai Diaginjo sake to come, called Legend of the Stars. About 60% of the rice grain was polished away for this brew (as opposed to 30% of the last, aged sake). It would go well with seafoods, as it was still stimulating - very fresh. But finally, oh finally - we would get to the cheeses!! Hallelujah. [caption id=“” align=“aligncenter” width=“500” caption=“Penterman Raw Milk Foenegreek Gouda (cow), Hook’s 4-Yr Cheddar (cow), Carr Valley Airco Hickory-Smoked Gouda (cow sheep goat), Roelli Dunbarton Blue (cow), Joe’s Aged Brick Spread (cow), Hook’s 10-Yr Cheddar (cow)”] 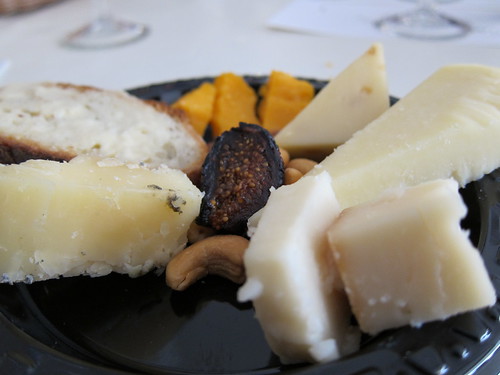 [/caption] Wisconsin cheddar is like mother’s milk to me, so my palate took me home with every single age on the plate. Call me crazy, but from the tastes of the cheeses it seems as though there are certainly very happy cows in Wisconsin, too. The Penterman Gouda - made with raw milk - had extra flavorful crunchy bits and the Airco Hickory-smoked gouda was so perfect when paired Best In the East’s Jummai Ginjo, which is brewed with their very own rice. Junmai Ginjo is a sake made from rice grains that have been over 50% polished away and is therefore extra smooth and refined -Â aÂ perfect pair with a smoked cheese. My favorite sake was the Euphoria by Jokigen, a well-balanced sake with a fruity aroma. It was paired with the unique Roelli Dunbarton Blue - a Cheddar-Blue cheese that has a delicious earthy taste, nutty-sweet finish and a pungent, sour rind (believe me - I tried). Following the Dunbarton Blue wasÂ Joe’s Aged BrickÂ Spread that came on a toast - super-creamy, rich and delicious. I want a tub for my own refrigerator. The star of the day, saved for last, was the pairing of Banzai’s Plum Nectar Sake (Aragoshi Umeshu) with Hook’s 10-Year Cheddar. Now, it was Hook’s 15-Year Cheddar that received all the hype just a few months back for being the oldest cheese, but I absolutely loved the 10-Year. I could taste the crystals in the cheddar and it was absolutely heavenly: Super sharp and rich yet still smooth! It was perfect when washed down with the sweet plum sake (21% plum nectar by volumne), which was sweet as well as tart at the finish. Beautiful. Who knew sake pairs well with cheese? Certainly not I, but I felt privileged to have been a part, and that this happened in Los Angeles - a true crossroads with so many cultures that have been imported here.Â It was aÂ live experiment in true Western-Eastern foodÂ ”fusion,” though the term become hackneyed with spicy tuna roll and teriyaki burger associations. It just works. This may just be the next revolution.

Barrie Lynn of The Cheese Impresario 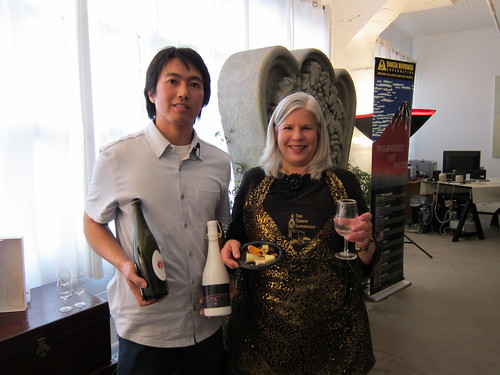