Not Exactly High Tea: Alice in Wonderland Party at The W Hollywood 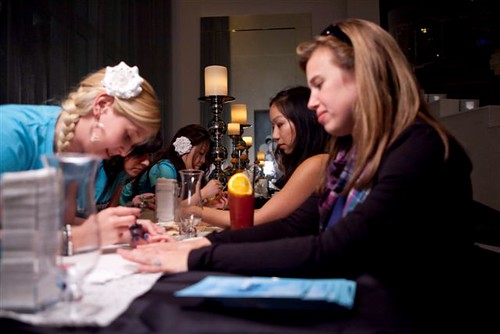 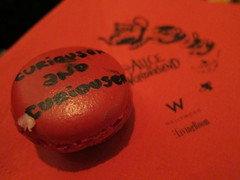 [/caption] It may have been another Friday nightÂ in Hollywood, but instead of cozying up home with an episode of Law & Order stored on my DVR I was actually out on the town, relieved that there weren’t any insane crowds to brave. So far. It was my first in-person peek at The W Hollywood - open for a couple months now - and the occasion was Disney Living’s Alice in Wonderland party in The Lobby. [caption id=“” align=“alignleft” width=“180” caption=“Red Queen”] 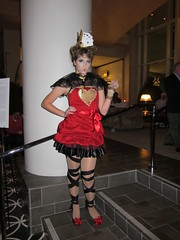 [/caption] For the occasion, a pop-up display featuring Alice in Wonderland-inspired dresses designed by Sue Wong and jewelry by Tom Binn was erected to last the weekend. Characters dressed as The Rabbit, Red Queen, White Queen, Alice herselfÂ and others I probably didn’t even recognize were either super festive and dressed to theme accordingly, or were paid to act the part. I wasn’t quite clear on that, but they definitely helped with the Alice atmosphere - what with them traipsing and scampering around the posh, art deco lobby space. No matter - there were signature cocktails to be sampled (aply named “Down the Rabbit Hole” and more) and consumed at the bar. Initially, I was dismayed the main liquors used wereÂ vodka - twice -Â and acai-distilled spirit in the cocktails but thankfully one of the vodka cocktails wasn’t too sweet. Yes, Alice in Wonderland is very girly, and accordingly - vodka is apparently feminine. [caption id=“” align=“alignright” width=“240” caption=“Tara the Cat, The Rabbit & Alice”] 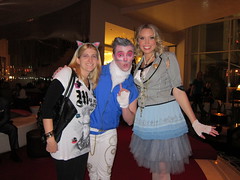 [/caption] We soaked up our libations with passed appetizers; true to form, Lindsay, Maya and I stood by the hallway to pounce on the kitchen-exiting servers with their passed trays. Subtle. Also on theme was the Bliss station, where the resident 3rd floor spa promoted their services with mini-but-awesome neck & shoulder massages and mini manicures furnished with OPI Alice in Wonderland nail polishes (I chose a multi-colored,Â glittery color). My only complaint: My free massage wasn’t long enough. ;) [caption id=“” align=“alignleft” width=“240” caption=“Tom Binn Tea Necklace”] 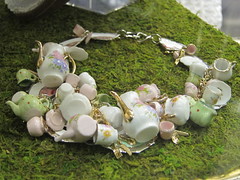 [/caption] Fearing an impending sugar crash a few drinks into the party and a few trays after the h’ors doeurves had transitioned into dessert, we spied the fully-occupied bar at the beautiful new Delphine restaurant and 40 minute wait for a table before making the walk to Umami Burger. What a fun party with a great pop-up display. My favorite was definitely Sue Wong’s White Queen-inspired dress. To many more one-off events and legit reasons to visit The W Hollywood. As for Delphine, my first taste will have to wait until another day… Further reading: Disney Alice in Wonderland Flickr set Cool stuff I would actually wear: Alice in Wonderland - ShopEatSleep 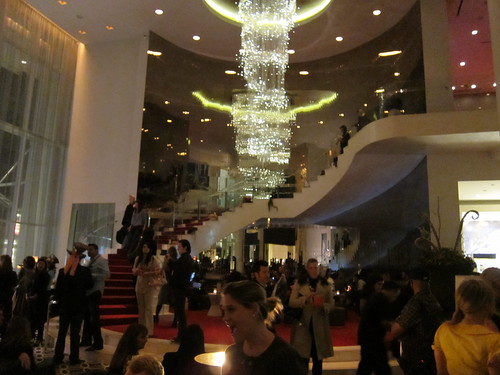