Lessons Learned at Tales of the Cocktail 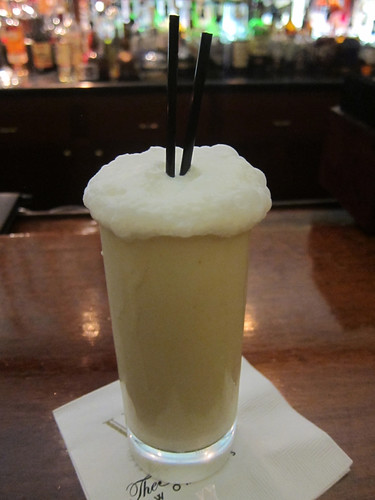 Ramos Gin Fizz at Sazerac Bar[/caption] With last week marking it my first time at Tales of the Cocktail, I figured I was somewhat prepared. Or really, prepared as I could be. There were tips gathered from friends who are long-time veterans, and jaw-dropping stories told that were too creative to have been embellished. The scared-yet-excited anticipation for my four-day initiation seemed healthy. Of course, hearing about it and talking about it is nothing compared to living it, and … well, live it I did. And I came out! I survived! If we were to be honest about things, it’s always the case of “the more you know, the more you find out what you don’tknow.” As in the stuff they teach in 10 AM seminars. I did a few of those, but I was always way more into real-life application: 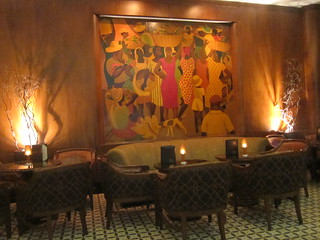 It may appear counterintuitive, I know. But without discounting their Sazerac (it is, of course, fabulous), you’ll want to start with the Ramos Gin Fizz first. It was the best one I’ve had in my life. That foam was at the most perfect density-to-fluff ratio. And the taste was of the glorious, refreshingly eggy essence only dreamed of, before. And I guess it would make sense that this would be the place, since (according to their website) it was from this very bar that Huey Long, the governor of Louisiana (1928–1932), flew his top bartender to The New Yorker Hotel in New York so that he could teach them how to make a proper Ramos Fizz. 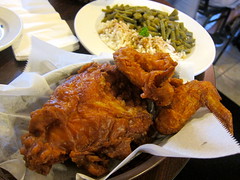 On one hand, I’m a descendent of parents who turn beet red on a quarter-glass of wine. On the other, the frequency of my drinking and my resulting tolerance has rendered me an invalid control subject. But I can say that for four straight days, I was taking a 10AM Pepcid AC to get ready for my first drink at 10:30-11 AM to find that those tiny pink tablets are now invaluable ammunition in my arsenal from here to eternity. Though it didn’t mean I could drink anything and everything I wanted without the proper precautions (keeping food in my system and my water intake high - 1:1), my systems felt more equipped to handle the trials of Tales.

Tales of the Cocktail, with all the in-seminar tastings, tasting rooms, spirited lunches & dinners, sponsorships and brand promotions, is an endless drinking fest. Shed the guilt of wasted alcohol and listen to your body, instead. The next drink will be thrust in your hand in a matter of seconds, whereby you’ll decide whether you hate, like or are indifferent to it and decide whether or not to take a second sip or put it down on the nearest table. There is no need to waste your sobriety on an undelicious cocktail. 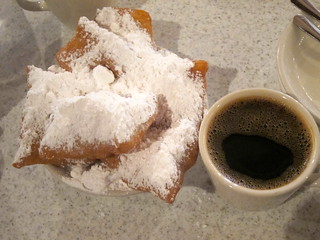 At Tales, the “Irish Goodbye” is sometimes just protocol. I’m never a fan of this tactic when it comes to dating, but in New Orleans cocktail time where the roving parties are all “everybody knows or doesn’t know your name,“ - people just understand that things come up and you just have to leave without the formal, 5-30 minute send-off.

Swag is awesome, but only if you can take it home with you. There are a few ways to do this, and the one that I’ll be using in the future is packing an extra suitcase or something similar to fill to the gills before checking it in as baggage on the return flight - the proper interior bubble wrap and exterior “fragile” sticker, of course. FedEx’s policy is to not ship alcohol (or firearms) across state lines, whereas I’m told that UPS is way more lenient, classifying your goods as “food.” Either way, if you’re shipping it and not lugging it with you, you’ll want to keep the details of your contents “under wraps.” 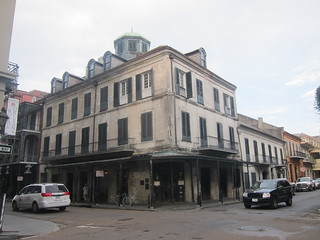 Though it may not feel like it while you’re there, there’s so much of New Orleans to see on your own. Take a cemetery tour, a historic cocktail tour, and of course, score crazy eats in the midst of the city’s incredibly affordable cost of living. Get fried chicken at Willie Mae’s Scotch House, only “America’s Best Fried Chicken,” which - in my honest opinion - may actually hold up to that declaration. It was certainly the best fried chicken I’ve ever had.

Get an Italian Mufaletta at Napoleon House. Beignets and Chicory Coffee at Cafe Du Monde. Sausage at Cochon Butcher Shop. Oysters at Acme. Even the gumbo as close as Mr. B’s across the street from Hotel Monteleone, TOTC headquarters.

As for Tales of the Cocktail, it was way too fun. With these notes in mind, I’ll be back…!!

Tales of the Cocktail