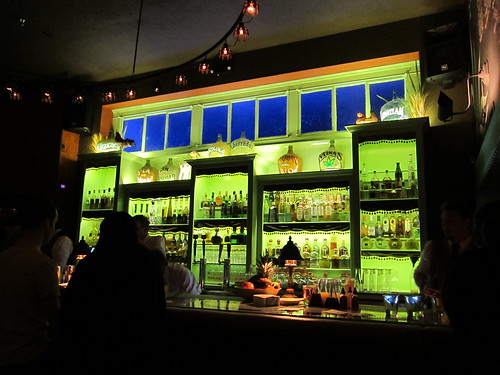 [/caption] There may or may not be enough places to eat or drink in the block on 6th Street in Downtown Los Angeles. The problem: Where is the bar in all of Los Angeles specializing in tequila at which the drink menu isn’t automatically reduced to a range of flavored margaritas? Las Perlas - which only last Tuesday has joined the neighborhood of Must Bar, Nickel Diner, The Association Bar, The Varnish and Cole’s - is the answer to all your tequila and mezcal needs. The gag-inducing reputation tequila ill-earned with you during college thanks to all those discounted bottles of Jose Cuervo is light years away. [caption id=“” align=“alignright” width=“240” caption=“400 Rabbits (I have no idea)”] 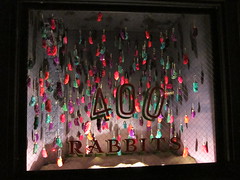 [/caption] In this latest Cedd Moses (Seven Grand) venture, the space is comfortable and the atmosphere is casual yet festive. But the most important part - the elaborate drinks are made with utmost precision and the drink menu, written in marker on construction paper, is small but has something for everyone. The green backlit bar is impressive while the colorful plastic covering the tables retains that cantina feel. Pop in a few quarters in the personally-approved, brand new jukebox for the perfect, smokyÂ mezcal-sipping soundtrack. Or play a round of pool taking aim - e*starLA Flickr”) on a table as brand new as the bar itself (I’m 2 for 2). [caption id=“” align=“alignleft” width=“240” caption=“Jalisco”] 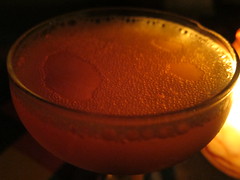 [/caption] Though I’m unsure how often the drink menu changes (I’m inclined to think hand-written infers somewhat regularly?) - the first installment seems to show Julian T. Cox (Rivera) and Raul Yrastorza (El Carmen) have in mind all the corners of your palate. My Jalisco was made of El Jimador Anejo Tequila, Carpano Antica Vermouth, orange bitters, Liquor 43 - complete with a brandy cherry at the bottom of my coupÃ© glass. It brought me back to my most favorite cocktail I consumed my last trip to New York at Mayahuel. It was delicious and complex - appropriately complimenting the anejo-aged tequila - and contrasted the sweet 400 Rabbits (Antiguo Reposado tequila, blackberries and port wine floated with pinot) that Fiona ordered. Certainly, the cocktail I will order on my second visit will be the Pablano Escobar (Sombra Mescal, muddled poblano chiles, pineapple) - a drink I witnessed being made for my neighbor at the bar and which seemed the most complicated recipe including the most garnishes. A spicy cocktail? I’m in - again and again. Further reading: Las Perlas Flickr Set Las Perlas, Cedd Moses’ Mezcal & Tequila Bar Opens in Downtown LA - LA Weekly Food Q&A With Bartender Raul Yrastorza - Food GPS 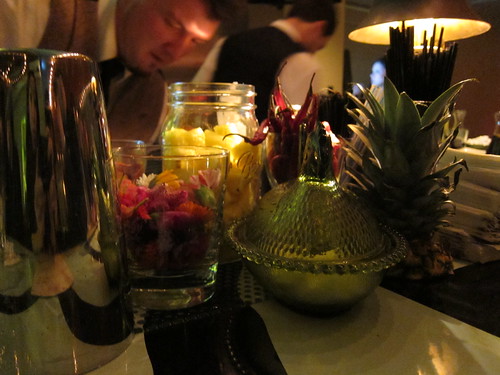