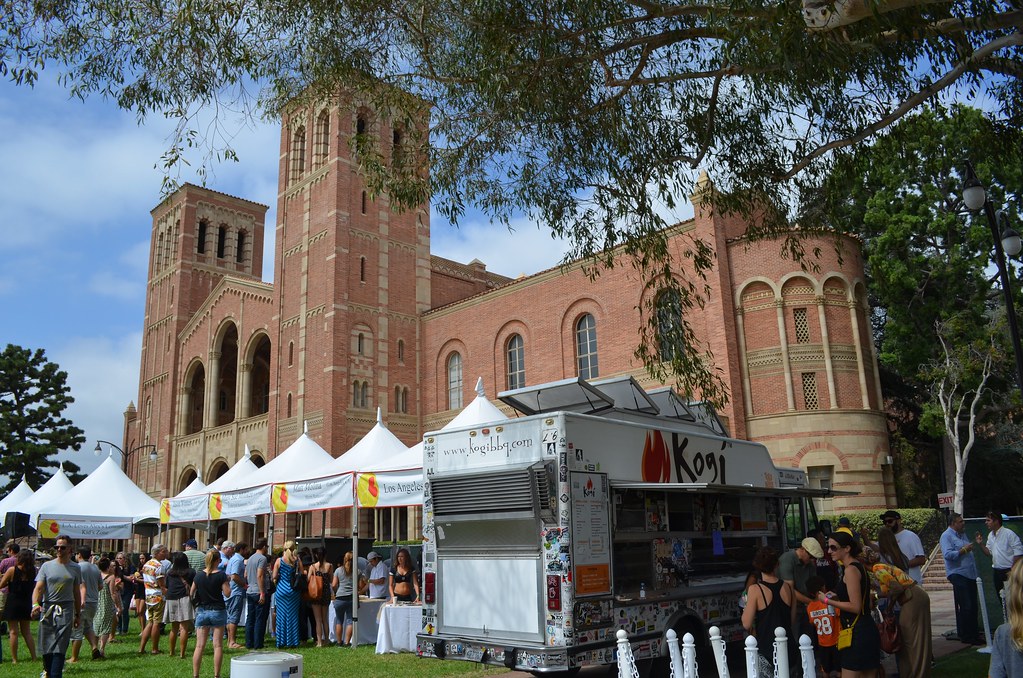 Alex’s Lemonade at Royce Quad[/caption] Food events come and go, but when the clout behind a particular function brings out some of the best chefs from inside and outside of Los Angeles, you’ll have a standout. Especially when the resulting total raised amounts to more than $700,00 towards childhood cancer research and patients’ lives and care. [caption id=“” align=“alignright” width=“800”] 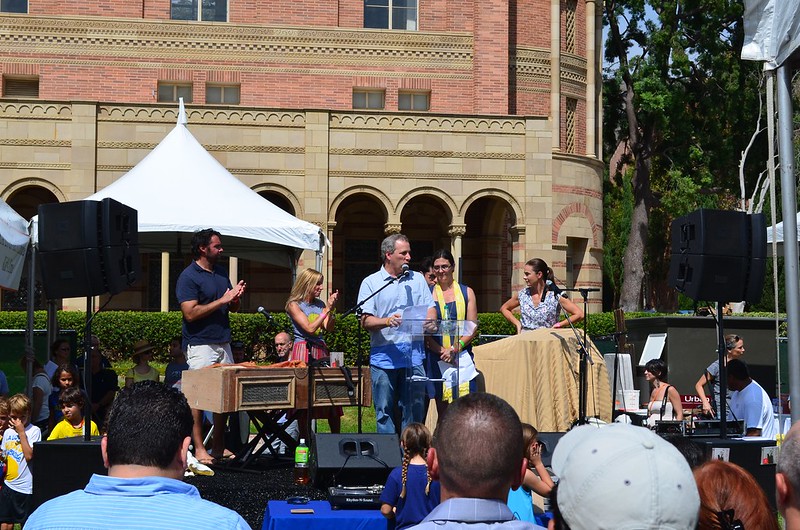 David Lentz, Caroline Styne, Jay & Liz Scott, Suzanne Goin[/caption] The founder, Alex Scott, started with the simple mission of raising money towards cancer research with a yearly lemonade stand in her front yard. Diagnosed with neuroblastoma before the age of one, she raised over $1 million towards battling the larger cause that eventually killed her by the age of eight. We all can benefit by learning about Alex’s story. As an aunt of a childhood cancer survivor, I am continually amazed by all the courageous stories that arise from the seemingly impossible day-to-day of these kids’ lives. That the event was moved to my alma mater, putting me back on a beloved campus, also helped tug at my heart strings. [caption id=“” align=“alignleft” width=“1024”] 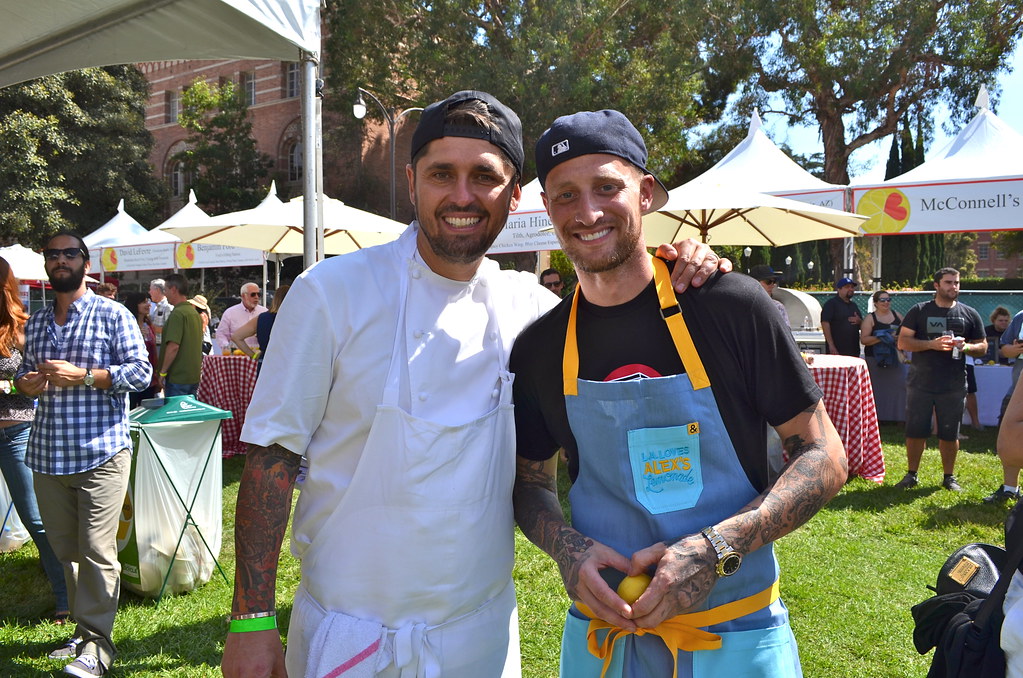 Ludo Lefebvre and Michael Voltaggio[/caption] Thanks to over 2,000 participants, including more than 40 chefs, mixologists and vinters, were on hand for this event. We heard an inspiring speech by Jay & Liz Scott, Alex’s parents, and co-executive directors of Alex’s Lemonade Stand Foundation, and hero speaker Ryan Compton, highlighting the importance of raising funds and the impact ALSF is having on the childhood cancer community. [caption id=“” align=“alignright” width=“800”] 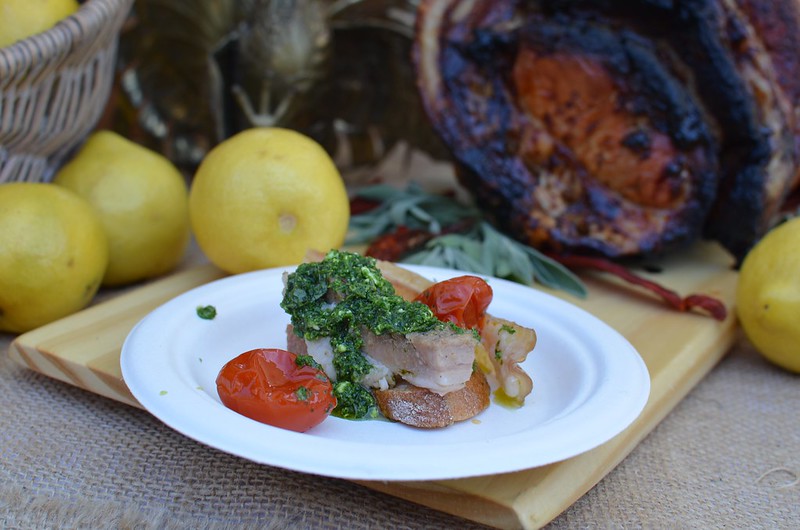 Porchetta with Blistered Cherry Tomatoes, Feta Salsa Verde, Grilled Toast - Suzanne Goin[/caption] It was an amazing thing to hear the bids go up and up during the event’s dynamic live auction, which alone raised more than $202,000. One of the top prizes included a women’s chef dinner including Suzanne Goin, April Bloomfield, Giada De Laurentiis, and Nancy Oakes for $40,000 - it sold, twice over. And in an inspiring mentoring effort, five chefs were also paired with five Master Chef Junior past and current contestants. Young actors and actresses were on hand to greet attendees with lemonade and help out in the Kids Zone. Overall, it was a great event dedicated to investing in our future generations. [caption id=“” align=“alignleft” width=“800”] 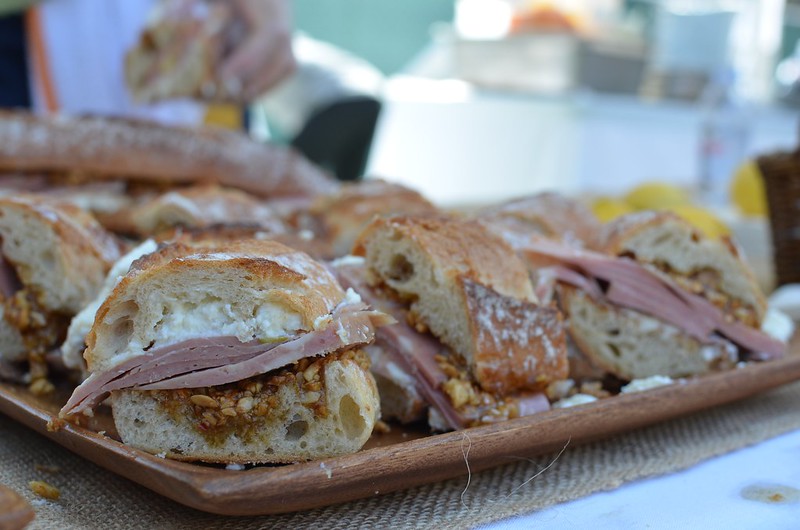 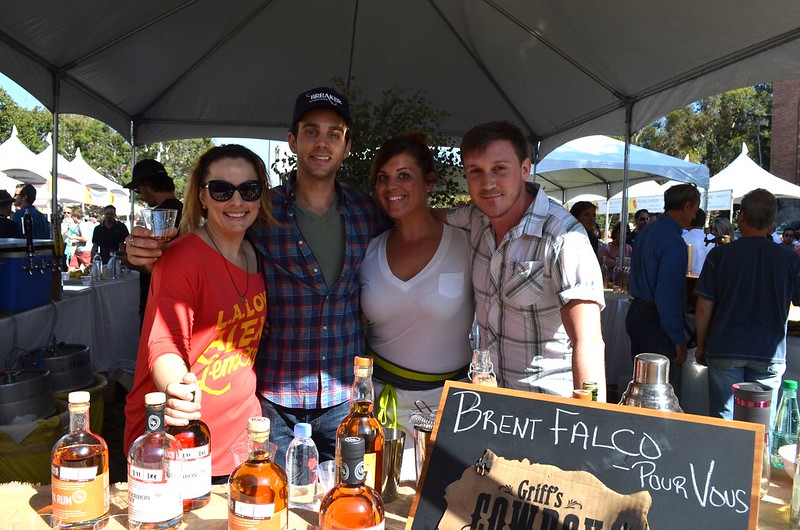 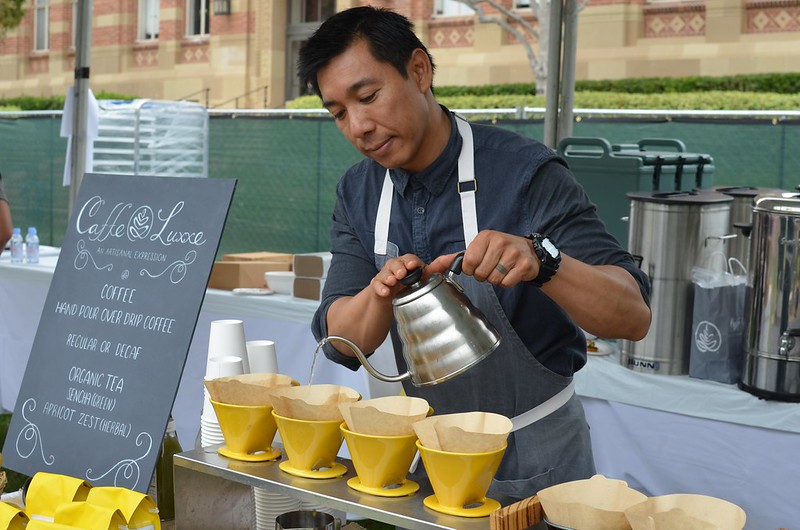 Gary of Caffe Luxxe[/caption] As hard as I may try, I tried so hard to make it around for a taste of almost everything, but I probably managed about 70%. All of that, while also having enough room for dessert. Zoe Nathan’s awesome and varied treats, Jonathan Graham’s brand new pina colada chocolates, Valerie Gordon’s pastries and Gary Chau’s deliciously steeped cold brew, all included. Until next year…