Hyatt's TusCA: An Oasis For Italian In Orange County 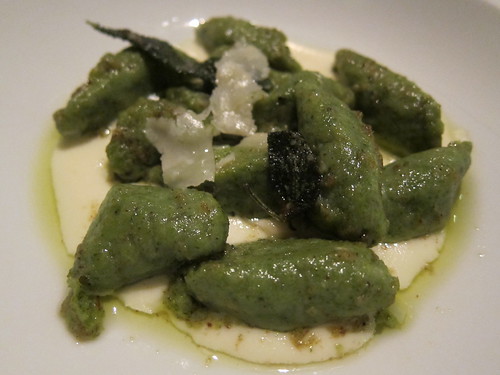 [/caption] It seemed to be sort of a mission when I was asked to do a tasting in Orange County - but it wasn’t the first time. I’m intrigued, though, when there’s enough confidence to invite writers to dine inside a chain (albeit somewhat upscale) hotel. Perhaps there’s enough substance there to warrant a splash. Or clatter. [caption id=“” align=“alignright” width=“240” caption=“Suspended glass bubbles”] 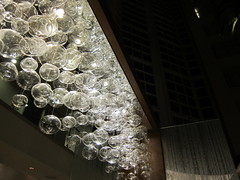 The garnishes at the bar and even some of the herbs used in the kitchen are grown in their burgeoning roof-top garden. They stress that it’s small but I can appreciate any and all efforts to keep ingredients as local as humanly possible. And despite their hotel chain business structure, you can see that TusCAÂ in its 3rd, U.S.-wide Hyatt installment differs with their added focus on using fresh ingredients. The Antipasti are solid - homemade marmalade, real honeycomb, homemade garlic paste, cornichon, whole grain mustardÂ and fig jam round out your cheese, charcuterie and bread accompaniments. 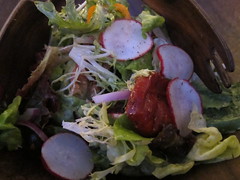 But as it turns out, there’s something special inside this glass-encased super hotel that - dare I wax Los Angeles behind the Orange Curtain here? - is very Beverly Center. As your silverware clinks against your china, there’s an echo to follow each and every clang. But none of this is to discount the originality and inventivenessÂ of the bread-, not potato-based, gnocchi. Still rich and indulgent but not overwhelming - as often the potato gnocchi are - and still packed with amazing flavor. 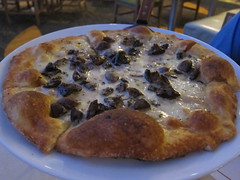 And TusCA does well with the basics, too. The roasted tomatoes (not to be confused with the sun-dried variety)Â areÂ delightful bursts of flavorÂ in the Market Salad, dressed withÂ Sweet Basil Vinaigrette.Â The flatbread Neopolitan pizza is solid.Â My favorite was the Funghi Misti - topped with amazing Fontina cheese, a little Taleggio and thyme and a variety of mushrooms are deliciously roasted into the pie. There’s a good selection of toppings and all are pretty fabulous, including the original TusCAn (Marinated artichoke, roasted garlic, olives and mozzarella) and Prosciutto (Asparagus, tomato, mozzarella and egg). Of course, it’s the flatbread that forms the basis of each pie and their fire brick-roasting oven is no detail to their success. 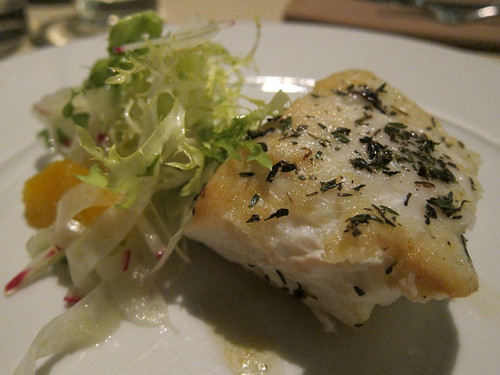 The seared halibut was also a surprise with how well it was prepared, with the citrus in theÂ side orange salad complimenting the still-tender, juicy filet. A solid Secondi, overall. 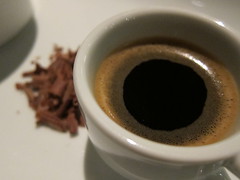 Rounding out the end of the meal was an impressive rendition of Affogato al Cioccolato, with real shaved chocolate and a strong shot of espresso to pour over our vanilla gelato. As with all affagato,Â just be quick to eat the delicious dessert before it melts away.

TusCA is a surprisingÂ oasis inÂ a well-appointed chain hotel whose clientele waffles between Disneyland visitors and perhaps Disneyland (or other)Â corporates. Just above the restaurant were the plans for EuroDisney conceived and developed in former office spaces-turned-suites.Â So there’s no mistake that the space indeed is very Orange County - but thanks to Chef Laura De Martin and Executive Chef Sayed Moalemi, the cuisine itself will take you to NorthÂ Italy. All food and wine were hosted. Additionally, a night’s stay was provided.