Highlights of the Inaugural Lexus Culinary Classic at Cavallo Point 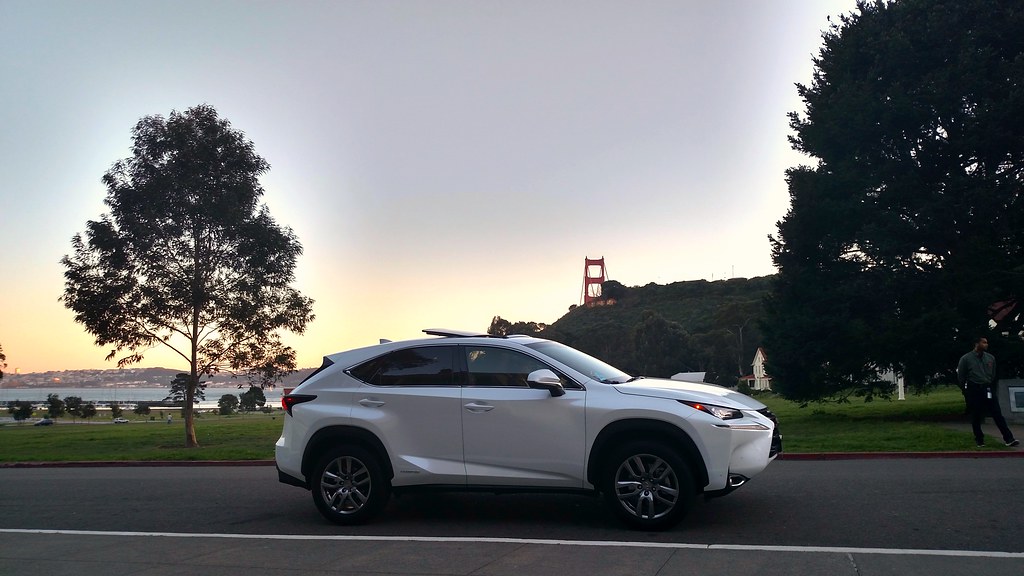 Our arrival in the Lexus NX 300h at Sunset - Cavallo Point, Fort Baker[/caption] Apologies for the lack of updates, but I can only blame an excellent month of March spent traveling and seeing more of North America. The first of the trips was a week-long culinary extravaganza, complete with a trip to Northern California followed by nights and days packed back-to-back with multi-course meals, wine education, a cooking class, and a grand tasting. It was the very first Lexus Culinary Classic, which they plan to hold yearly at Lexus partnership properties around the country. [caption width=“1024” align=“aligncenter”] 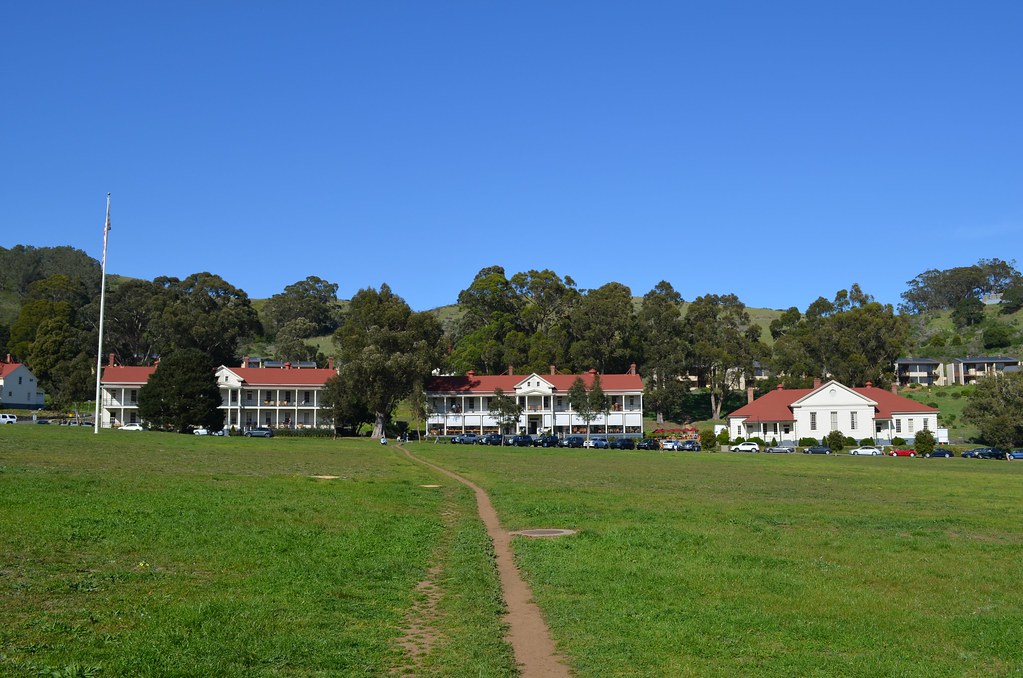 Suites at Cavallo Point[/caption] The weekend began with a roadtrip, whereby my best friend Bridgette and I took off in a brand new Lexus NX 300h (“h” is for hybrid) northbound to Sausalito. Extremely comfortable with a luxurious dual-toned interior, great pick-up and roadfeel, the crossover SUV required only one more tank after takeoff each leg of the trip, meaning we could get to NorCal and back in a total of 3 tanks. [caption width=“1024” align=“alignright”] 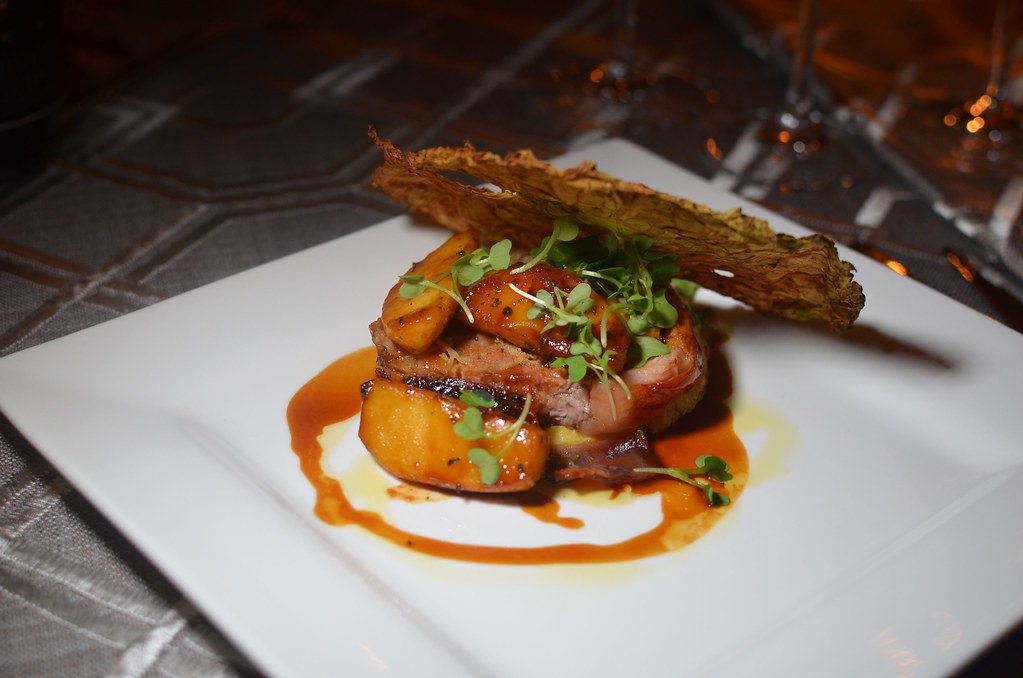 Porchetta, Gold Rush apples, Polenta, Carmelized Cabbage - Kyle Koenig, Topping Rose House[/caption] Our destination of Cavallo Point was a picturesque park at the foot of the Golden Gate Bridge, and formerly part of the Fort Baker army base. Our expansive two-bedroom suite was part of a 3-unit house and formerly officer’s quarters. Nicer accommodations could not be had! And then began the weekend of dining and wining. The first event, a dinner featuring a multi-course meal prepared by chefs hailing from Lexus partnership properties located all over the United States, couldn’t have been a better way to kick it all off. In fact, each dish gave every chef the opportunity to not only showcase his/her individual style, but center it around the one or two ingredients they were able to bring along with them from their properties to Sausalito. [caption width=“1024” align=“alignleft”] 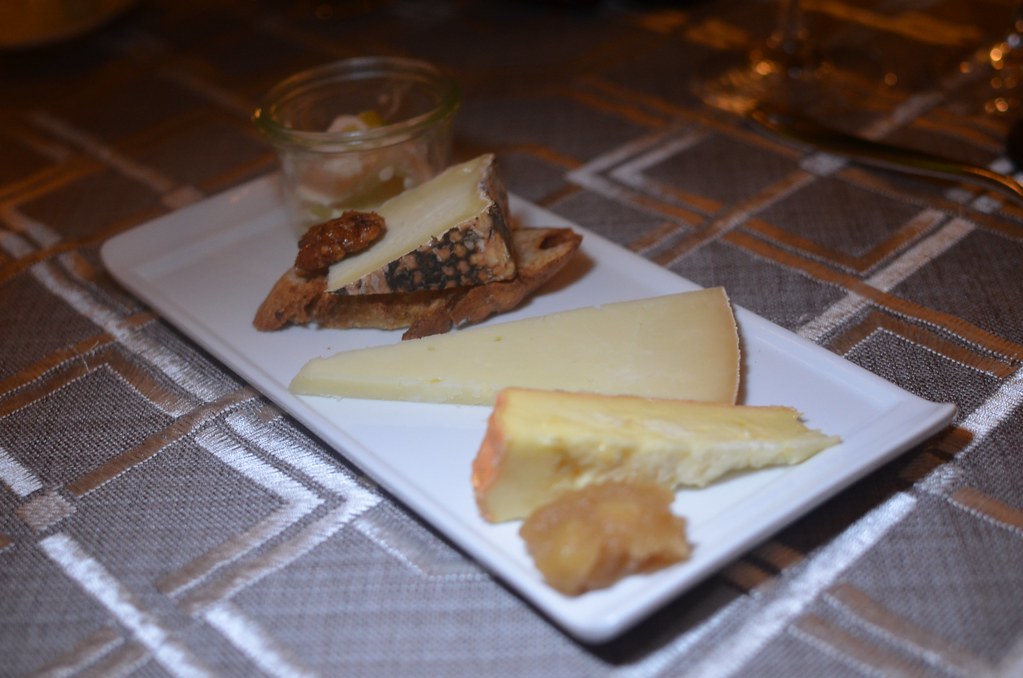 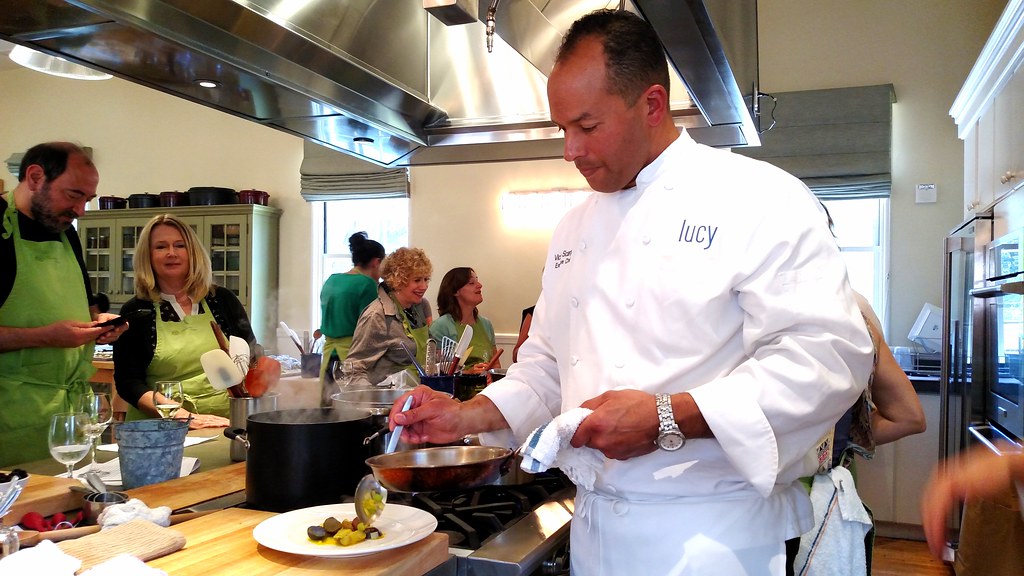 Chef Victor Scargle, Bardessono[/caption] The next day, we were treated to a cooking class at Cavallo Point Lodge’s cooking school, followed by a lunch enjoying the fruits of our labor. I sharpened up my knife skills as I was put in charge of dicing challots and slicing kumquats - undoubtedly one of the last to finish at her station and slicing twice as many kumquats that were actually needed, thank you very much. The culprit was a delicious Duck Confit, Puntarella, Chicory and Kumquat salad, with Chef Jayne Reichert of the Cavallo Point Cooking School there to mentor on my form. [caption width=“1024” align=“alignleft”] 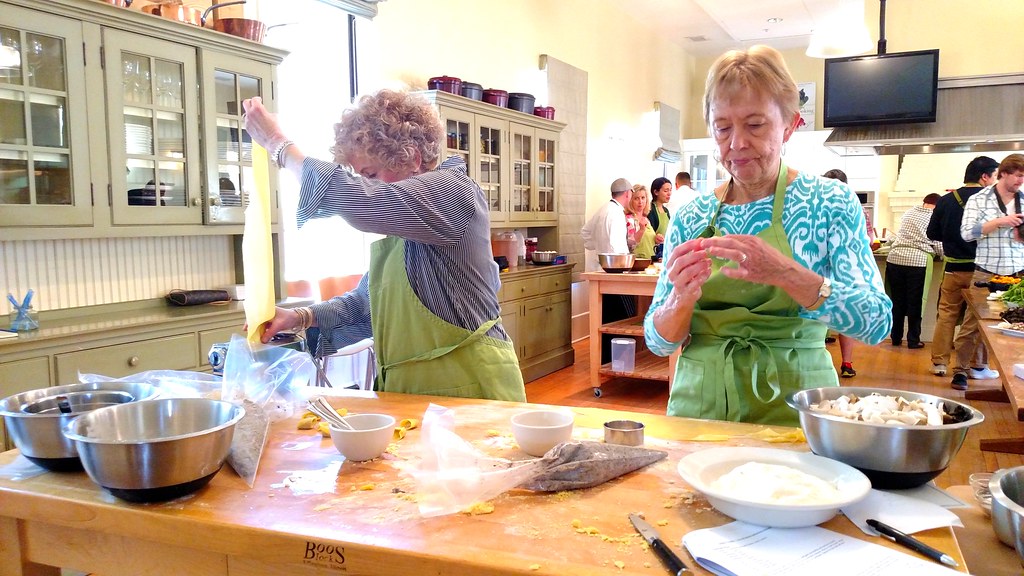 Pasta Staion[/caption] Bridgette got put on the Sauteed Petrale Sole station under the guidance of Chef Victor Scargle of Bardessono (Yountville, CA); she says she can now replicate the recipe. Chef David Viviano of the St. Regis in Aspen (CO) headed up a pasta station that looked absolutely fun, making pasta from scratch and mushroom tortellini as the final product. Pastry Chef Tedd Romero, also of Bardessono (Yountville, CA), taught students how to make a chocolate torte. Of note: Sipping wine in the kitchen should be allowed in every cooking class, ever. [caption width=“1024” align=“aligncenter”] 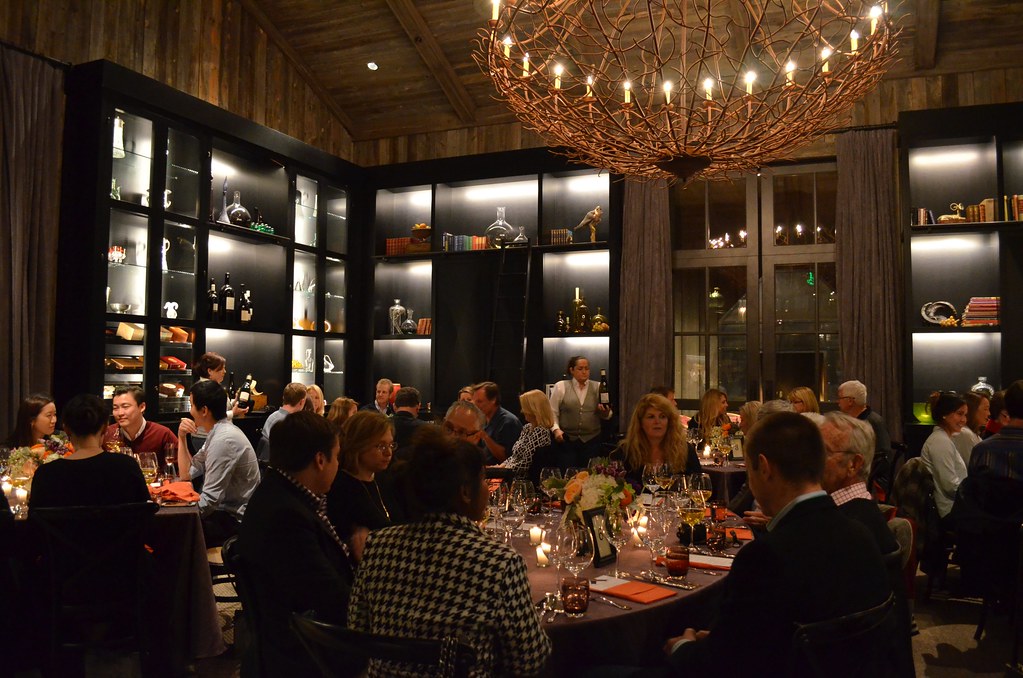 A Feast Among the Vines at Ram’s Gate Winery, Sonoma[/caption] That night, we headed to Ram’s Gate Winery in Sonoma for the finale dinner, a Feast Among the Vines. The property at Ram’s Gate, even at night, is simply beautiful, so it was an incredible backdrop to our five-course dinner. The highlights of the passed h’ors douerves that preceded it included a pan-seared Hudson Valley foie gras with shallot and balsamic bone marrow and black pepper brioche by Chef David Hutton of XV Beacon (Boston, MA). [caption width=“1024” align=“alignright”] 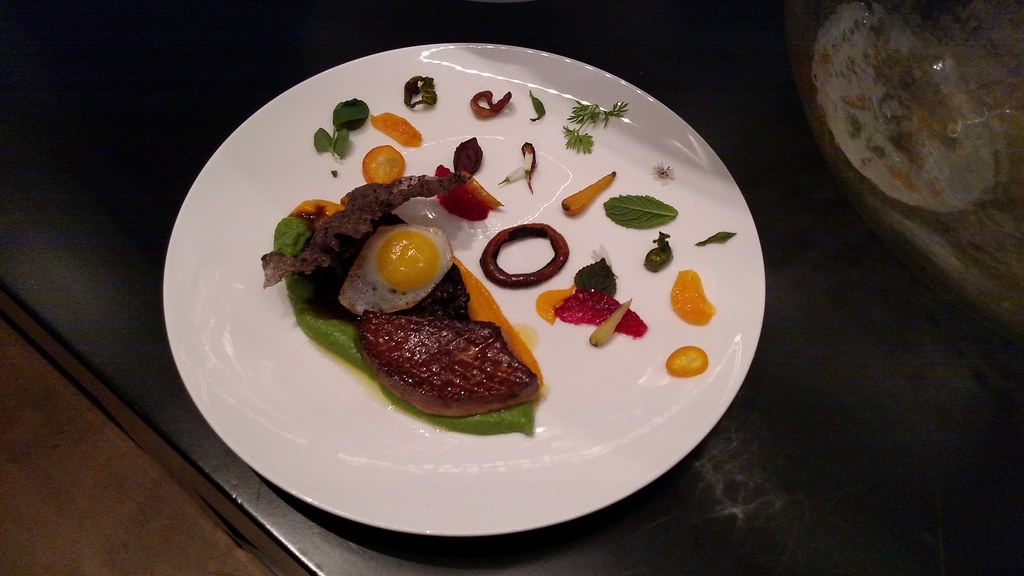 Cara cara orange-braised Wagyu beef cheek, Szechuan foie gras “fried rice”[/caption] To start off our meal, Chef Justin Everett at the resident Cavallo Point prepared Hog Island Sweetwater oysters garnished with chrysanthemum and caviar. But the real star was the main by John Cox of Post Ranch Inn: Cara cara orange-braised Wagyu beef cheek and Szechuan foie gras with a conceptual “Fried Rice” that was deconstructed over the plate. Each bite, however you chose to reconstruct it on your fork, was heavenly. [caption width=“1024” align=“alignleft”] 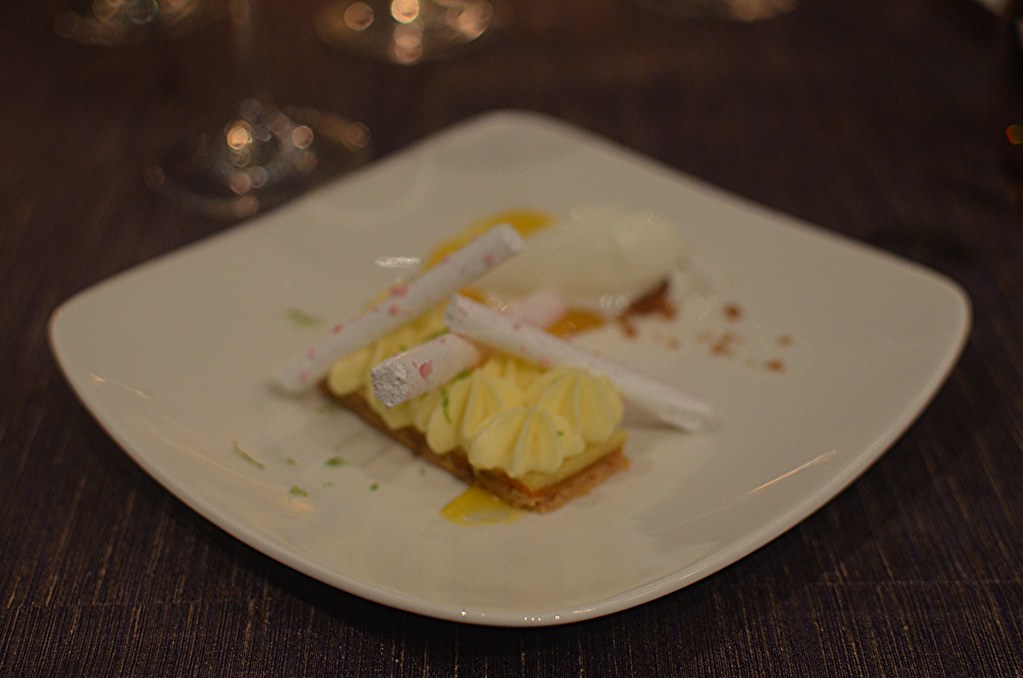 Kumquat Shortbread, Meyer lemon cream, meringue, lime yogurt sorbet - Nicolas Blouin[/caption] The desserts were created by Pastry Chef Nicolas Blouin of Rosewood Mansion on Turtle Creek (Dallas, TX). They were beautifully composed, with unique, geometric arrangements but most importantly delicious. Of course, that wasn’t it for the weekend. A Lexus grand tasting on Sunday sealed the weekend. And while I’ve been to countless tasting events, I do have to say that all chefs really brought their A-game to the grand tasting. [caption width=“1024” align=“aligncenter”] 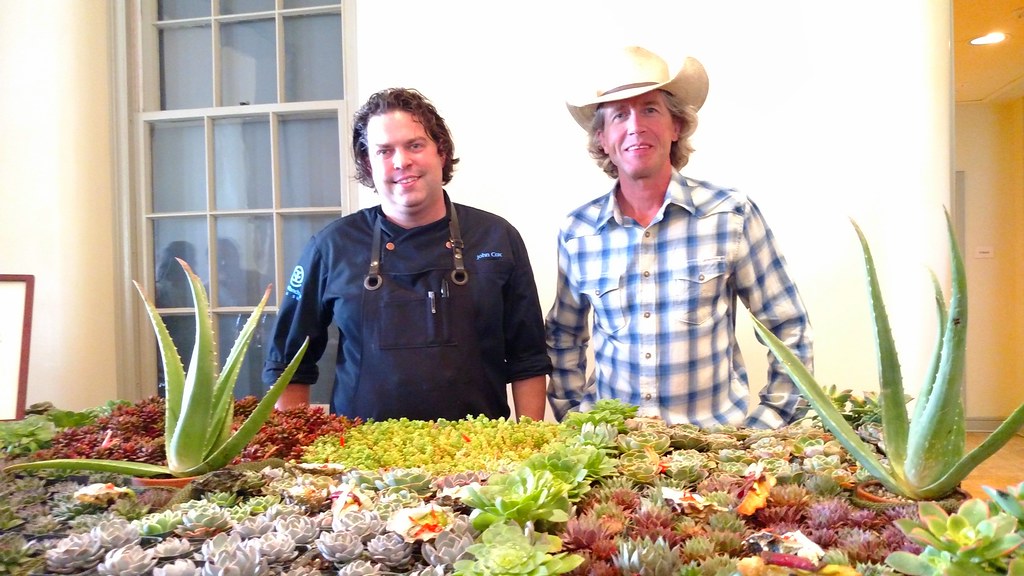 Chef John Cox, Post Ranch Inn & his succulent grower[/caption] It was a thrill to see Chef Bernard Ibarra, originally from Basque and representing Terranea Resort in Rancho Palos Verdes. One of two bites he prepared was Cod, Basque piquillo pepper gelee, Bacalao espelette, and Anaheim chili coulis. His cooking is inspired and we in Southern California are lucky to have him. [caption width=“1024” align=“alignleft”] 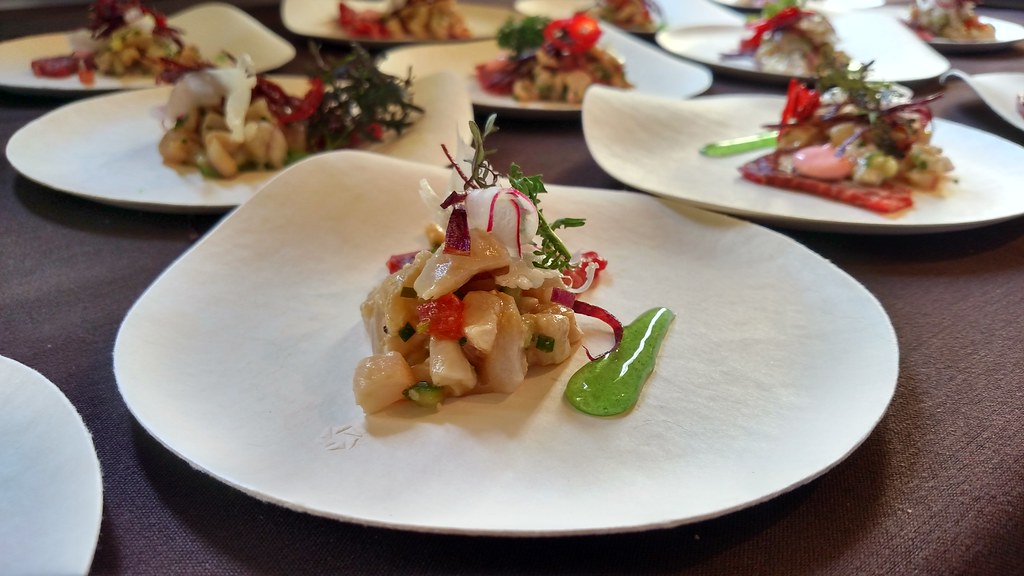 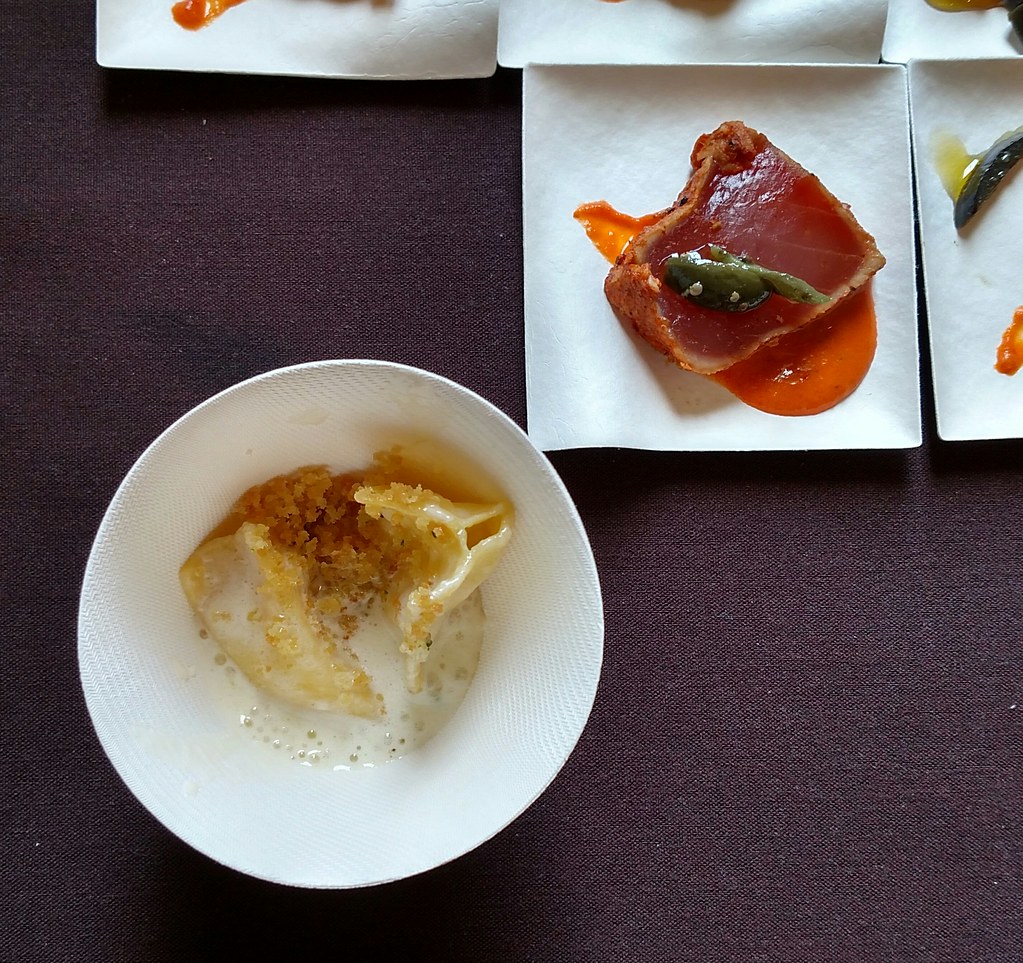 Chef David Viviano - St. Regis, Aspen[/caption] The Lexus Culinary Weekend was a great way to experience a variety of top-notch chefs from high-end but unique properties, all with their individual ingredient offerings that really showcase what it means to cook local, inspired cuisine. And what better way than to experience it all in one, picturesque location? It was also great to see mothers and daughters bonding at the cooking class as well as husbands and wives enjoying their romantic dinner at the winery. Stay tuned for another post to follow, wherein I talk to the youngest Master Sommelier in the U.S. and one of just 211 in the world, Carlton McCoy, after tasting through eight different Cabernet Sauvignon vintages. Road trip, car rental, gas, hotel room, admission to all culinary events were hosted. [caption width=“1024” align=“aligncenter”] 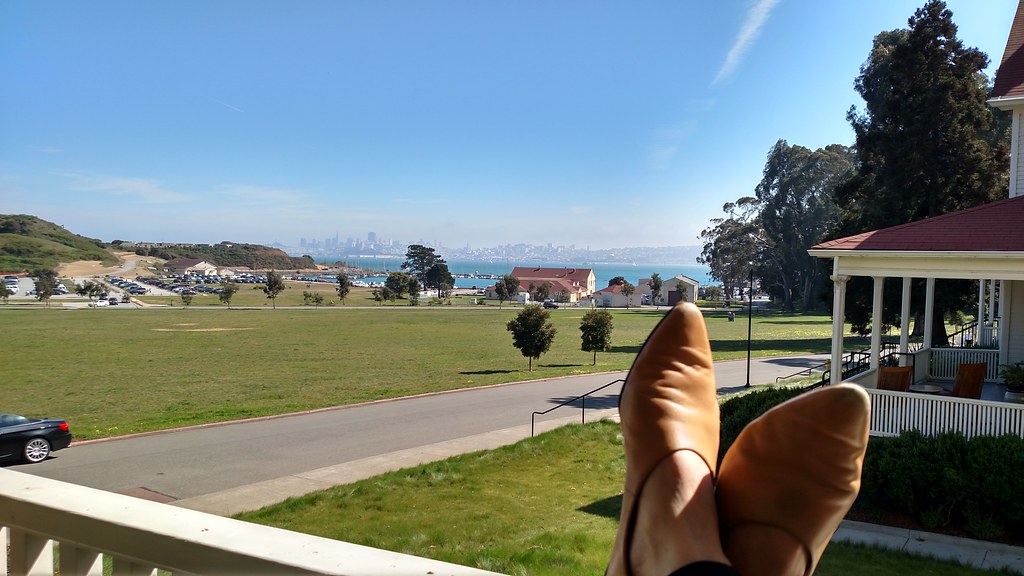