Guinness Menu Items In and Around Hollywood 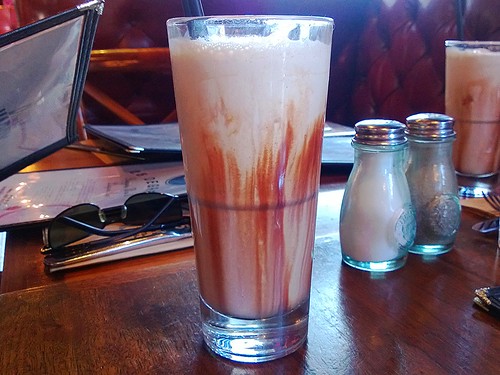 Guinness Milkshake at 25 Degrees[/caption] Last week, I got to enjoy up close a private concert by Paul McCartney right on Hollywood Boulevard. Considering the audience reached all the way back to La Brea Avenue (or, for the first two songs, the audience of the Jimmy Kimmel Live telecast), it was truly an honor when Guinness asked me to be a part, first with Guinness in the makeshift green room and with a great view of Sir Paul on the Boulevard. Beforehand, we had an early burger dinner at 25 Degrees in the Roosevelt Hotel furnished with none other than creamy Guinness milkshakes. If you haven’t already had one of these shakes, it’s a definite must-try. They’ve other adult varieties like Salty Caramel, but the Guinness is my favorite. If you’re craving Guinness in other menu items, I’ve rounded up a few other tasty things around town, though mostly Hollywood:

Most of the aforementioned also have Guinness on tap, but Pig & Whistle has been known to do the perfect Guinness pour. Of course, you’ll want to learn yourself so you’re at the ready when it’s time to come through. Though we don’t get the same Guinness as they do in Ireland, we can do the best with what we’ve got, right?