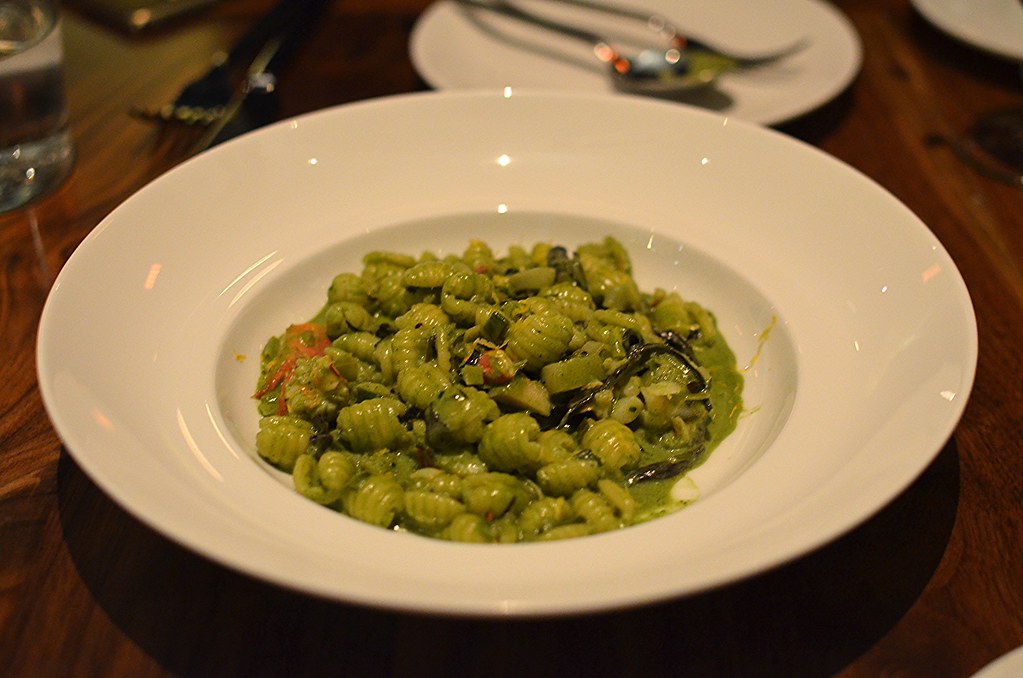 Maine Lobster, gnocchi sardi, nettles, black trumpets[/caption] The long-awaited restaurant from Neal Fraser, Amy Knoll Fraser and Bill Chait is finally here, and all of Los Angeles is the better for it. With a cocktail program focused on the classics by Julian Cox and a wine list curated by Diane Pandolfini, Redbird will stand to be one of the most exciting openings of 2015 - something everyone can confidently say even while it’s still January. [caption width=“1024” align=“alignright”] 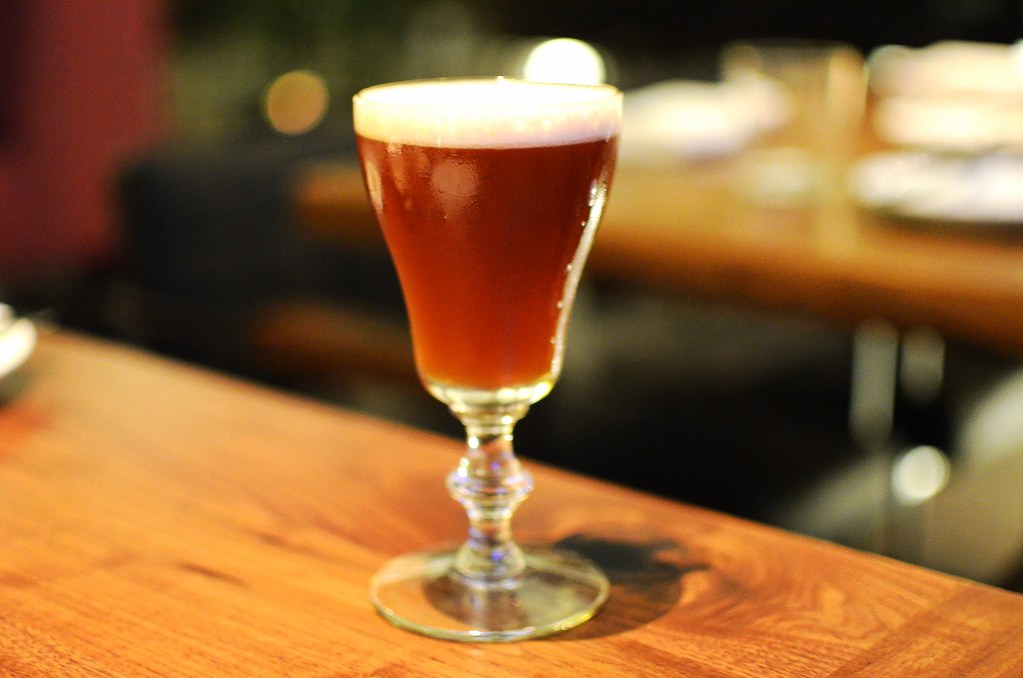 Kinsale King - Irish whiskey, stout reduction, lemon, barrel aged bitters (How to Mix Drinks, Jerry Thomas, 1862)[/caption] With a full service, Modern lounge-like front room to greet guests, an open-air veranda with Italian Baroque bones in the back dining area and a beautiful center bar slinging cocktails in every which direction, Redbird is strategically positioned to become a Downtown L.A. gem. The floor lit space with violet undertones of the Vibiana make for a gorgeous setting in which to enjoy Chef Neal Fraser’s delicious food. The cocktail menu by Julian Cox is extensive with classic cocktails originating as far back as the 1800’s, yet streamlined, with a $12 price tag across the board. Each listing detailed just who came up with the drink in the first place and from which cocktail book it was pulled. I really appreciated that every drink on the menu was the same, reasonable price, and it made me wish that it was a more common occurrence at restaurants. I get that it’s difficult, with having to deal with different costs of each drink, however. But I digress. A favorite of the night was the Kinsale King, which was just dark enough to have a great, earthy flavor yet light enough to go with the food. [caption width=“1024” align=“alignleft”] 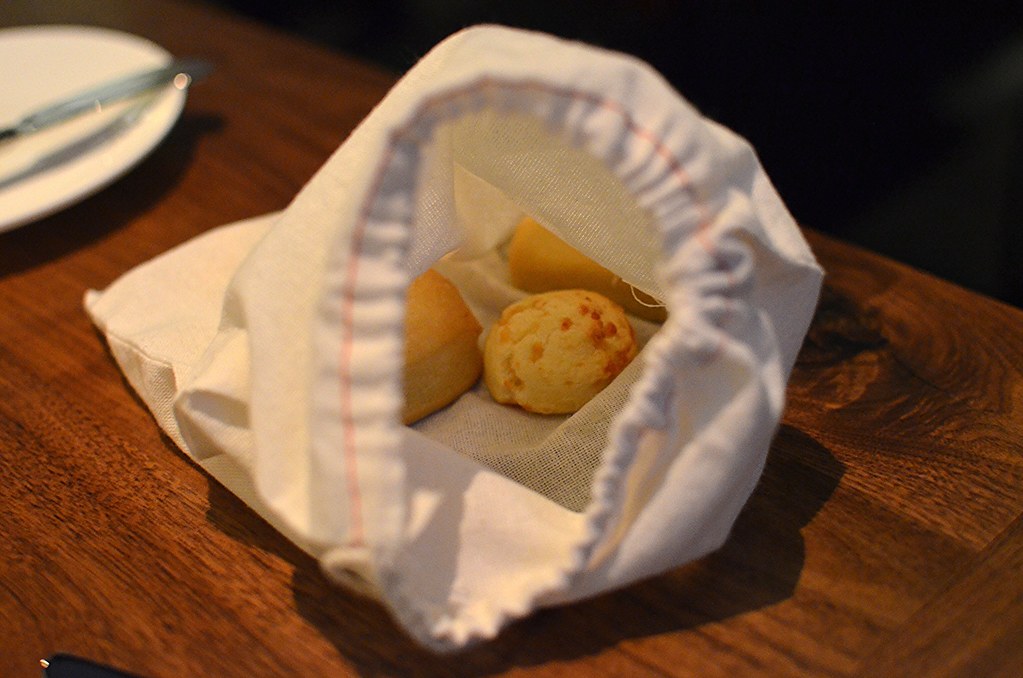 Breads[/caption] The all-text menu is spatially oriented, with four separate columns delineating between “kickshaws” (a spin-off of quelque chose), appetizers, mains, shared proteins and sides. I had an early reservation on opening night, and everything was pleasantly and surprisingly smooth during my reservation time, which of course leaves the rest of the night to be spoken for. All dishes came out properly coursed out, promptly, hot, and well paced. [caption width=“1024” align=“alignright”] 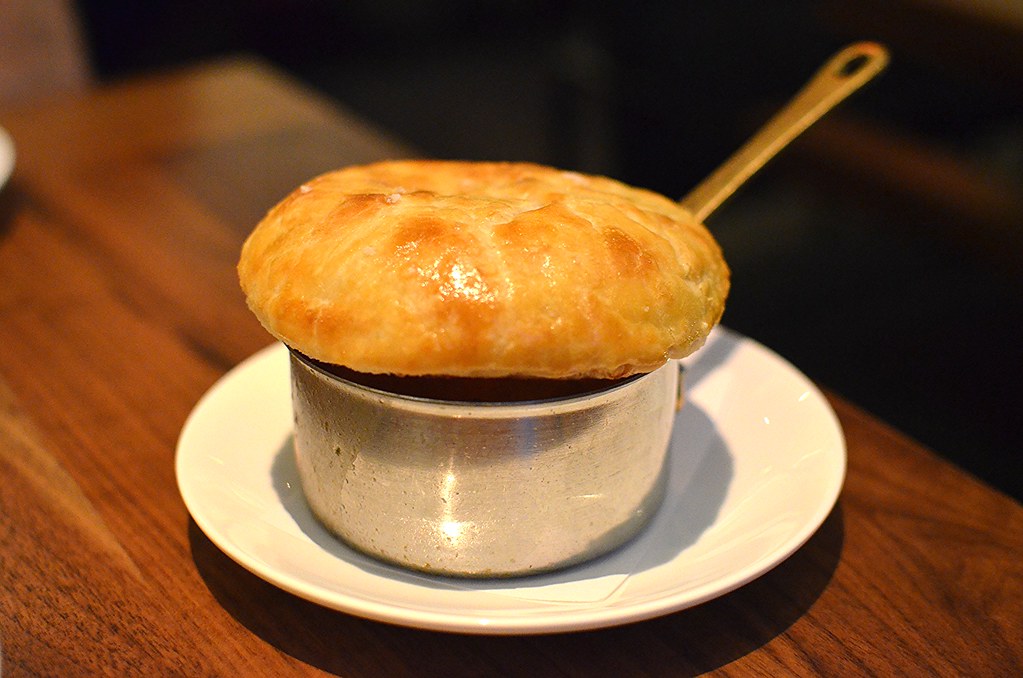 Chicken Pot Pie[/caption] I thoroughly enjoyed and bookmarked the Chicken Pot Pie for a future visit at the bar. Thanks to the employment of of chicken thigh, heart and chanterelles and a seasoning of thyme, this flavorful, “hearty” version fulfilled all my cravings for dark meat, while validating my confusion at America’s preference for white breast meat. The Maine Lobster with Gnocchi Sardi was one of the most remarkable pastas I’ve had in awhile. Nettles provided a really vibrant flavor and color, while the black trumpets provided a really fanastic, crunchy-soft bite to the entire dish. Bites of lobster were scattered throughout for the ultimate sea essence. I can’t wait to try the other pastas. [caption width=“1024” align=“alignleft”] 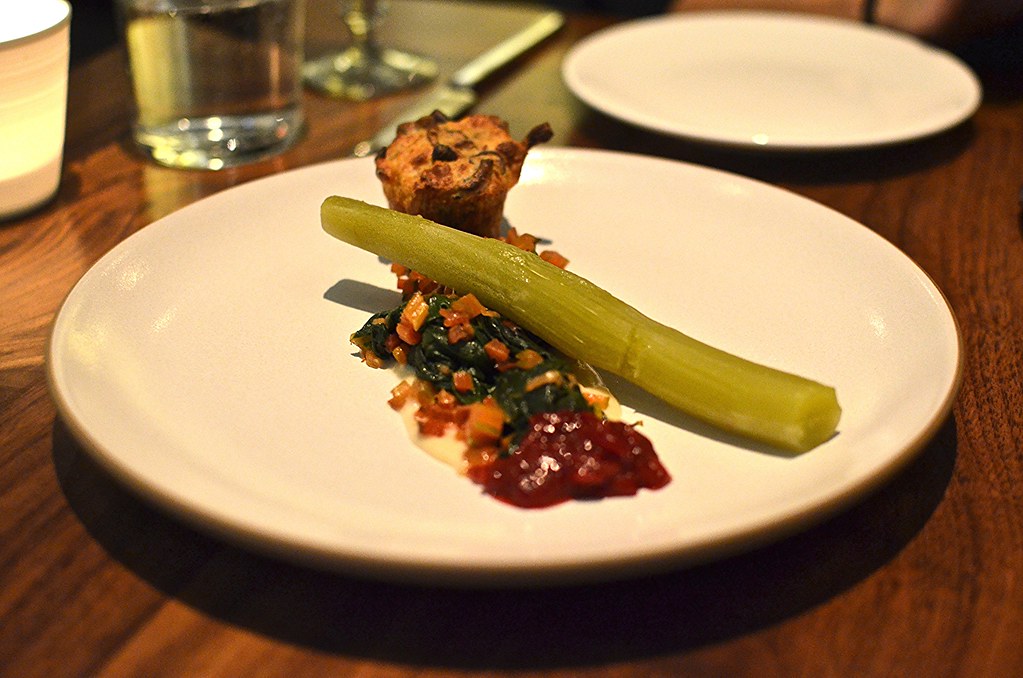 Celtuce[/caption] Then there was an interesting centerpiece of a vegetable complemented adventurously by other components. I learned later that the Celtuce is also called “Chinese lettuce,” though that didn’t make me any more familiar with the thing. A tiny muffin of wild mushroom bread pudding, Swiss chard, fruit compote and garlic nage accompanied the steamed stalk. It was a preparation that was risky but also worked well with the different ways each component was prepared. [caption width=“1024” align=“aligncenter”] 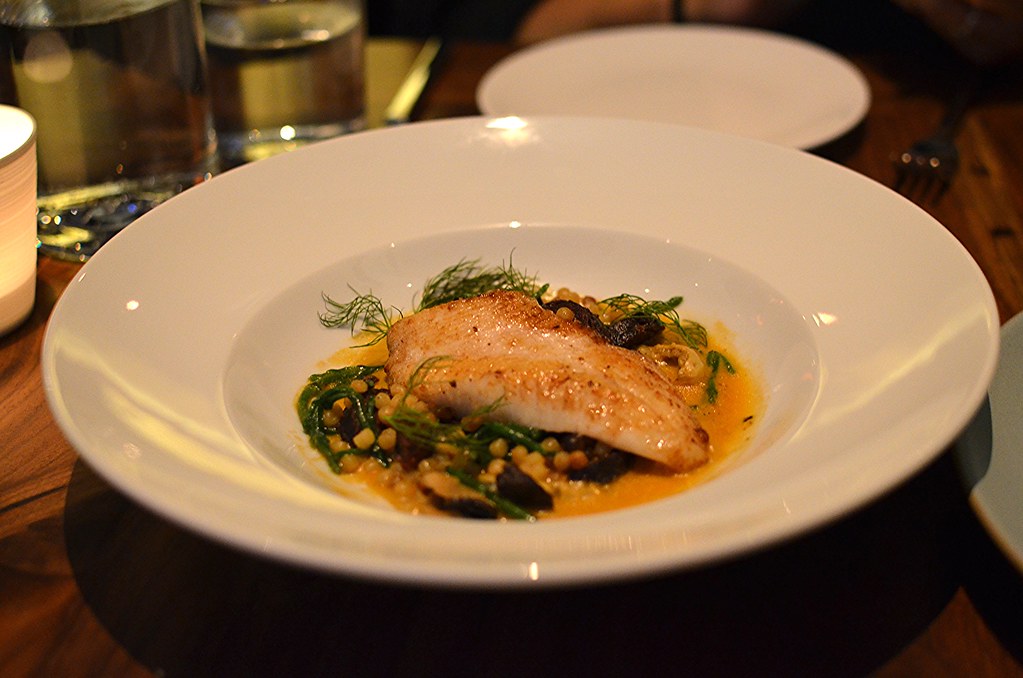 John Dory, fregola, mussels, morcilla, flavors of bouillabaisse[/caption] The John Dory was perfectly flaky despite its fragility, with fregola (little semolina pasta balls), mussels, blood sausage and a really delicious bouillabaisse sauce. There are lots of huge meat options, such as the ever witty named 24-oz/24-hour Veal Fraser, 32 oz Porterhouse, Duo of Beef (New York and short rib) and Rack of Red Wattle Pork - but you’d be remiss to miss out on the handful of seafood options available. [caption width=“1024” align=“alignright”] 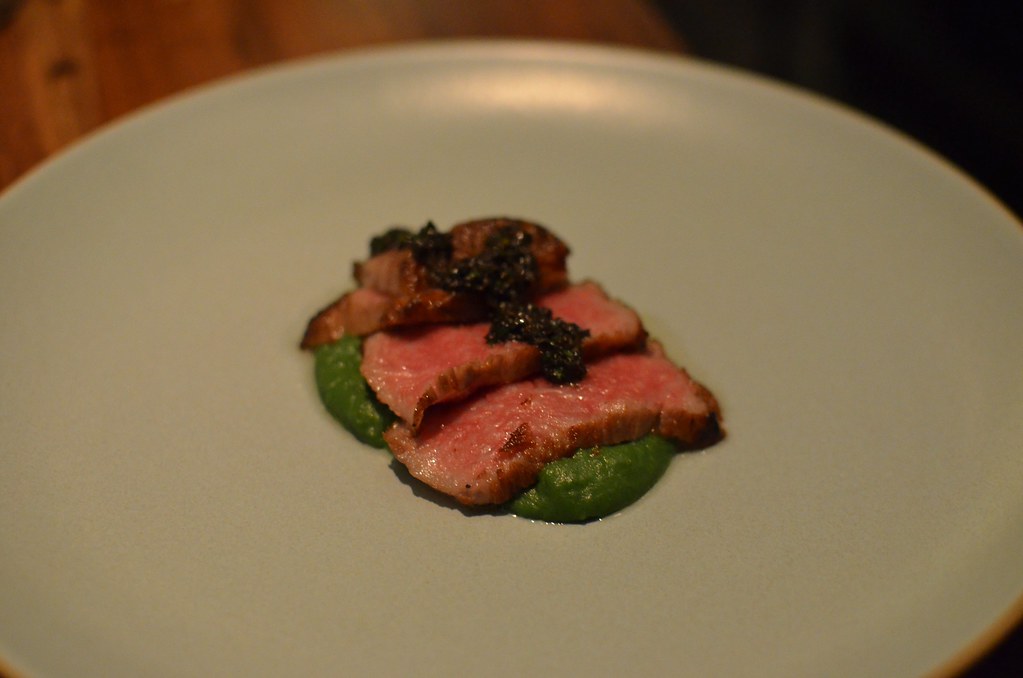 Wagyu, nettle pomme puree, caviar[/caption] However, I did get to try a few slices of the off-menu Wagyu that Neal happened to have that night and it was the ultimate indulgence. It was perfectly cooked so that the marbling was melted into the rest of the meat, and so indulgent that the 2 slices I enjoyed, plated over Nettle Pomme Puree and topped with caviar, were sinfully delicious. It was absolute heaven, reminiscent of the last time I had such beef while at Yakiniku in Tokyo. It was meat butter, and absolutely worthy of an inquiry as to whether it’s available the night of your visit. I am destined, however, to return to try any or all of the aforementioned big deal meats dishes. [caption width=“1024” align=“aligncenter”] 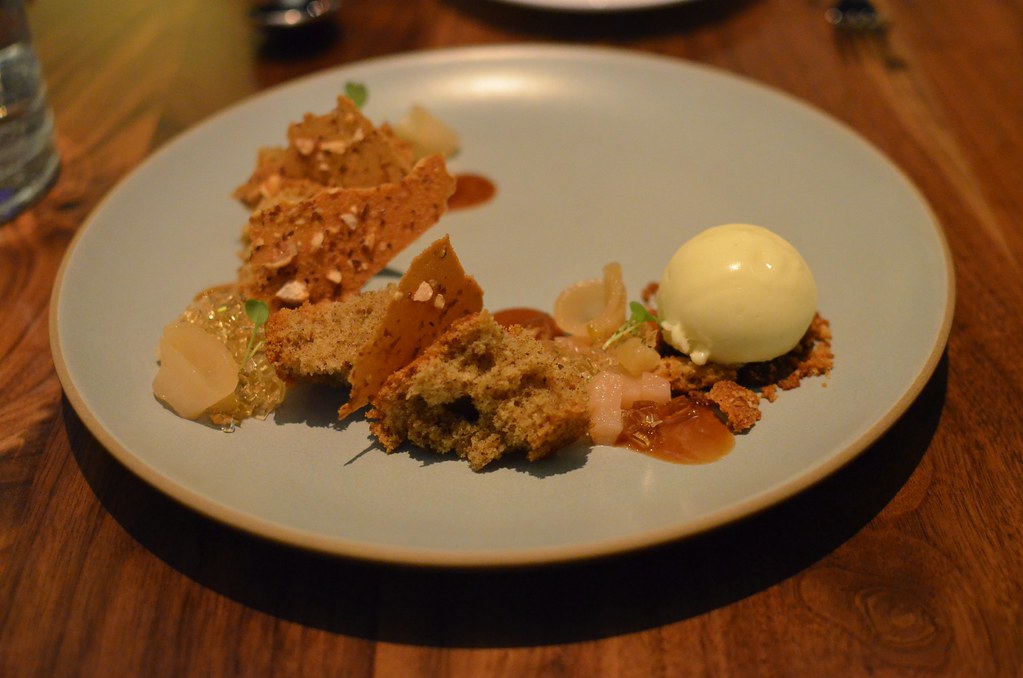 Humboldt Fog ice cream, black walnut cake, apple and Hefeweizen gelee[/caption] While you are at Redbird, don’t go without at least one (or two) of Julian Cox’s classic cocktails. But don’t also forget Jashmine Corpuz’s desserts to top your evening off. As always, as at Drago Centro and countless other acclaimed kitchens, her desserts deliver multiple inspired components somehow seamlessly, flavor-wise. And they’re beautiful. [caption width=“1024” align=“alignleft”] 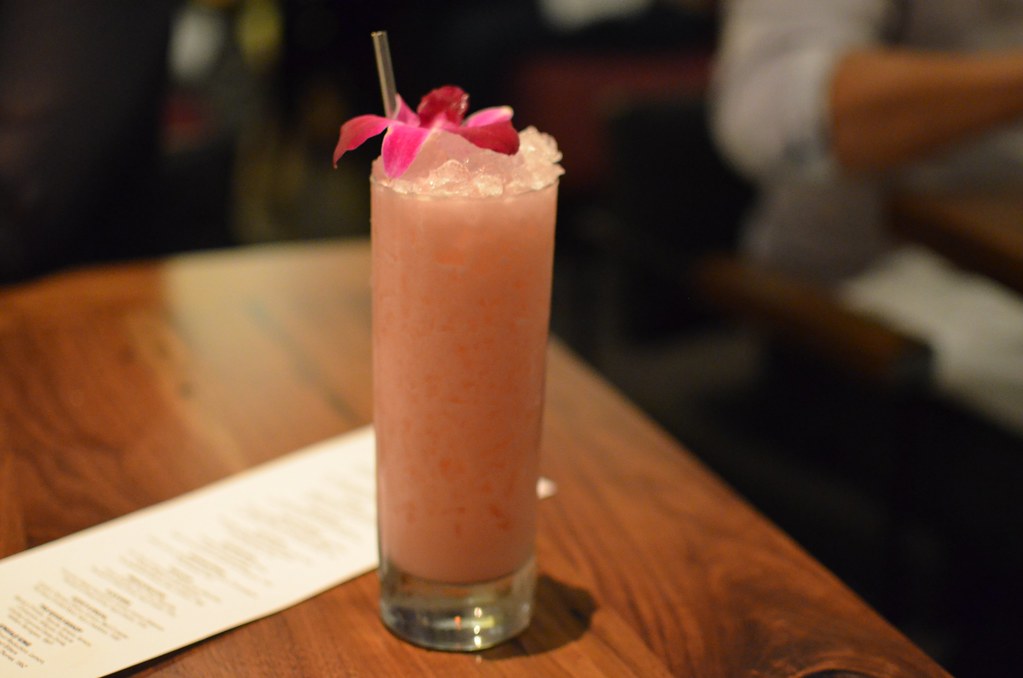 Bird of Paradise - gin, lime, raspberry syrup, cream, egg whites, charged water, orange blossom water[/caption] The Humboldt Fog Ice Cream with black walnut cake, apple and Hefeweizen gelee was a pure delight and on the dessert side of a classic cheese plate. The requisite elevated Chocolate Candy Bar is also more than capable for those who need their chocolate fix. So which cocktails are worth trying? All of them - well, depending on your preferred spirit and flavor profiles. As for my lone visit, I very much enjoyed the French Bulldog - boozy and just sweet enough to not be overwhelming nor cloying. The Bird of Paradise was not only beautiful, but a fast-sipper. Easy enough to get to the bottom in just a few minutes. I’ve also yet to experience the front lounge area, complete with its commissioned artwork centerpiece, but I’m told it’ll soon become additional dining space. And so Redbird, after all this time, is still understandably acclimating. But given the very promising dinner I enjoyed on opening night, the expertise and experience of the chef and his kitchen, the attentive, overseeing eye of GM Amy Knoll Fraser and the always-stellar cocktail program by Julian Cox, it looks to only be going upward from here. [caption width=“1024” align=“aligncenter”] 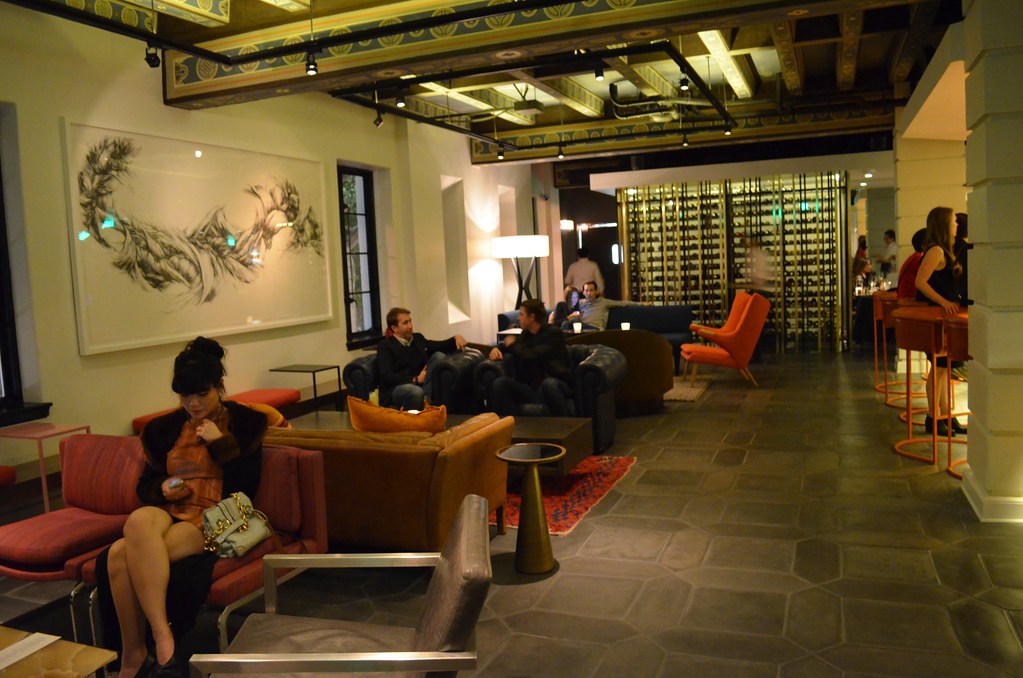 Front Lounge Area[/caption] All food and cocktails were hosted.