First Taste: Exclusives at The Oinkster in Hollywood, Open Today 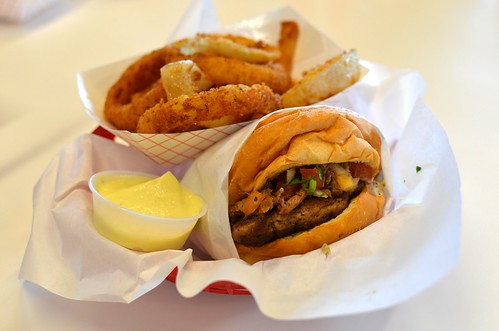 Pork Adobo Burger with garlic aioli & Onion Rings[/caption] The long-awaited Hollywood location of Andre Guerrero’s The Oinkster has finally opened. On the east side of Vine, sitting north of Melrose Avenue, the new 3,000-square foot space seats more than 100 people in its open design concept by Design, Bitches and includes two-tops all the way to communal seating - as well as an open air, dog-friendly patio with heat lamps. [caption id=“” align=“aligncenter” width=“500”] 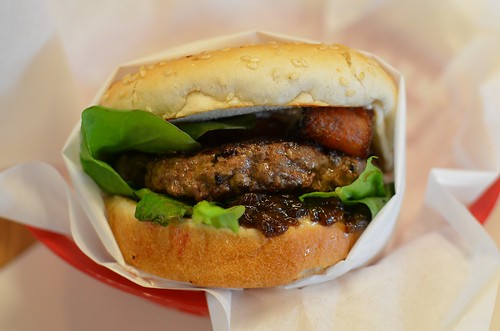 The Bleu Burger[/caption] Burger lovers and pastrami devotees located this side of the 5 Freeway will be delighted they won’t have to schlep all the way to Eagle Rock for their fix. There are also two more beer taps at this location to go along with a curated bottle selection and a monthly bottled beer special. Wine is also available. Other exclusives to the Hollywood location are as follows: [caption id=“” align=“alignright” width=“240”] 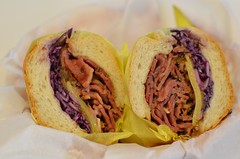 Of course, a visit to The Oinkster wouldn’t be complete with at least one pastrami sandwich to share amongst you and your friends. It’s just as juicy and flavorful as ever; order The Oinkster Pastrami for the addition of thinly sliced pickles and red cabbage. So good. Perhaps the best clincher besides the whipped cream on your ube shake? A vast parking lot with as many spaces as an In ‘n Out. Yes, that would be readily available parking in Hollywood. Open today for lunch and dinner. [caption id=“” align=“aligncenter” width=“500”] 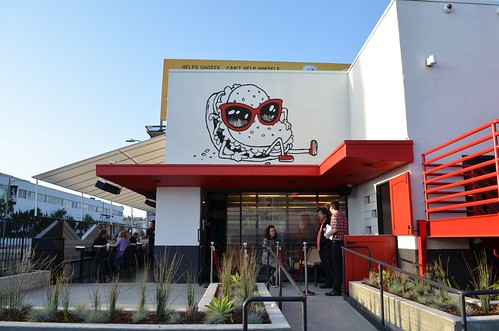