Essential Bites and Cocktails With a VÅ« 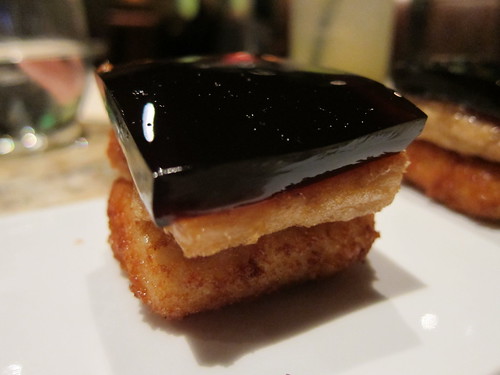 [/caption] Welcome to my first blog entry on an establishment in Marina del Rey. Yes, it’s true - I’m rarely in the area except to visitÂ fabulous divorcee girlfriends and out-of-town friends being put up in corporate housing. ButÂ VÅ«, located inside a curiouslyÂ named hotel called Jamaica Bay Inn (in an area that is the antithesis of Jamaica), is one of those destinationÂ islandsÂ in a marina wastelandÂ where you’ll find surprisingly unique and delicious bites inÂ VÅ« of a beautiful waterfront. [caption id=“” align=“alignright” width=“240” caption=“White Manhattan”] 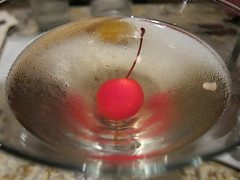 [/caption] Â There are more than a few reasons to visit. Caroline on Crack covers a huuuge one - that, of course, being the simple yet imaginative cocktails by the talented, self-taught Jolie Klein. She only uses the freshest and natural ingredients, only bridled by the desire to create a cocktail that caters to the guest’s palate. My favorite cocktail of the night had to be the White Manhattan, made withÂ a spirit from my own home state of Wisconsin. Deathâ€™s Door White Whiskey - that is, newly distilled whiskey -Â is accented with Luxardo maraschino liqueur and The Bitter Truth Jerry Thomasâ€™ Own Decanter Bitters. I am a whiskey girl, and that also includes new make spirits. What a deliciously simple cocktail. [caption id=“” align=“alignleft” width=“180” caption=“Beer After Branca”] 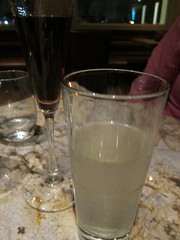 [/caption] Now, places with a solid cocktail program definitely merit a visit (make sure Jolie is there to make your drink), but VÅ« also offers interesting, avant garde small plates by Chef Kyle Schutte. My favorites happen to be a spin on Southern specialtiesÂ (curious enough since Kyle is a Southern transplant). The Root Beer Jello atop Pork Belly and Crispy Grits actually evokes a chicken fried steak - just with some super flavorful pork belly in the middle.Â The root beer jello is, of course,Â the novelty of the bite but its temperature,Â flavor and consistency reallyÂ complements theÂ richness of the other two elements.Â WhatÂ Caroline and I thought it could be paired with was Jolie’s is Beer After Branca, essentially Fernet Branca, Canton liqueur and Averna chased by ginger beer. Yes, I am a fernet fan, and ginger beer is an appropriate, spicyÂ back to the fernet’s bitternessÂ - so perhaps it was a bit unfair to call this a shoe-in (sue me!). But altogether, the bite and cocktail would be a great voyage in sweetness andÂ richness, counteredÂ by the bitter fernet and finished off with the ginger beer. I could go all the way to Marina del Rey for another, and another. [caption id=“” align=“aligncenter” width=“500” caption=“Chicken Fried Watermelon, Pickled Rind ($5 during HH)”] 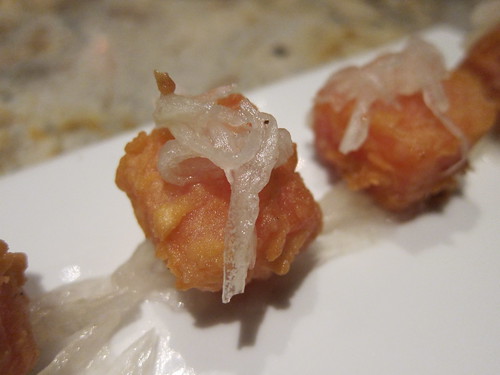 [/caption] Speaking of chicken fried steak, how about some Chicken Fried Watermelon? The buttermilk batter surrounding the cubes of watermelon made the entire bite savory and sweet - while the pickled watermelon rind was just the perfect, barely-sour twist. I displayed probably my most thoughtful facial expressions as I piled in bite after bite. [caption id=“” align=“alignright” width=“240” caption=“Thai Mussels”] 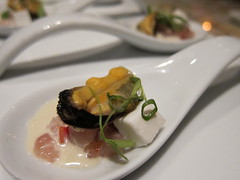 [/caption] Another one of my favorites were the Thai Mussels, which came on spoonfuls sitting in Green Curry Broth, Hamachi Salad, Coconut Jello, Scallion and Micro Cilantro. Curried mussels come and go, which is really no fault of anyone’s,Â but I appreciate the addition of the hamachi and coconut, which lightens things up and keeps the bite interesting. The entrees are quite a jump, price-wise, from the various crudo, small plates (hot and cold) and cheese and charcuterieÂ that VÅ« has to offer. But that really shouldn’t bother most because the smaller items on the menu are the most interesting, offering the biggest range during a night at VÅ«.