Drinking Through New Spring Cocktails at The Corner Door 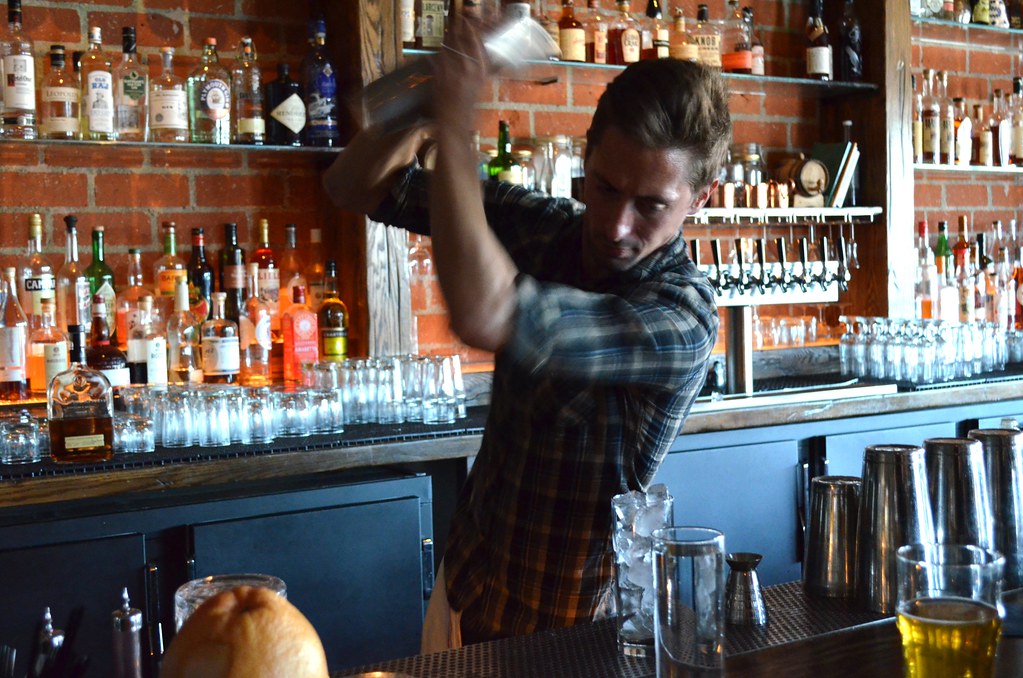 Beau DuBois and his stoic shaker face[/caption] Thankfully, there have been more and more spots popping up on the Westside to which I’ll venture for some great cocktails. Scopa Italian Roots, Belcampo Meat Company join the ranks of Copa d’Oro, Tasting Kitchen, Sunny Spot, Sotto and Picca (the latter two of which are on the east part of the Westside). But Beau DeBois’ cocktail menu at The Corner Door has always been sort of a sleeper – though this is my easterly L.A. bias speaking. Of course, this status does not apply with locals, because the restaurant and bar regularly draws a legion of neighborhood residents, and for good reason: Great drinks, great pub fare and late night hours. [caption id=“” align=“aligncenter” width=“500”] 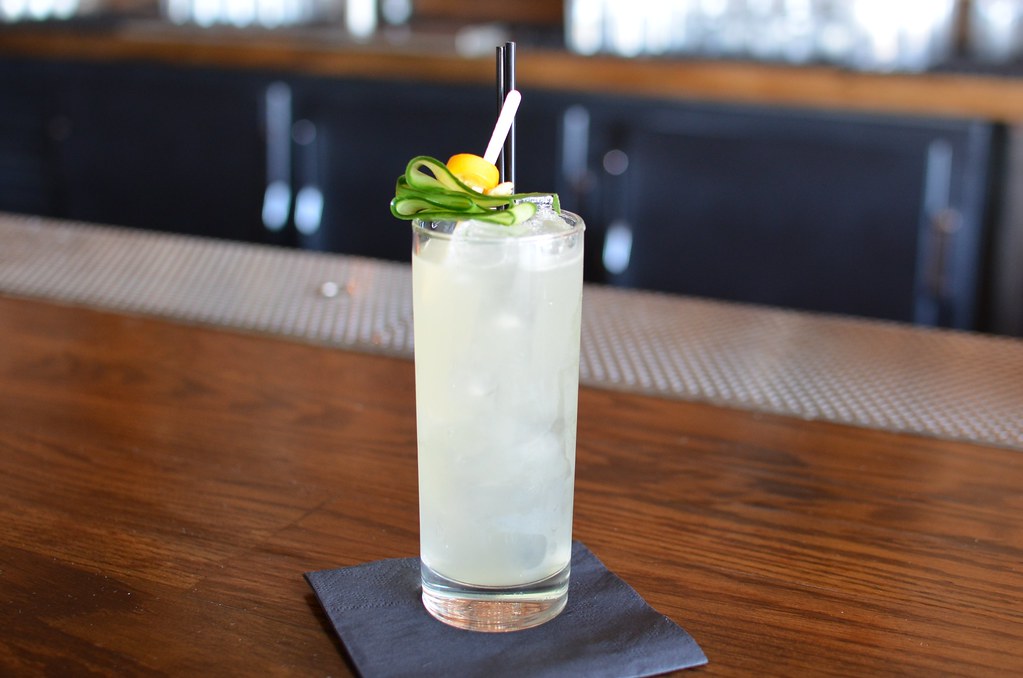 Office Crush[/caption] Which is why every time I come back to The Corner Door, I’m humbled by how great the drinks taste yet can also see why they’d be a hit with the regulars who, like anywhere, don’t want things overhauled just because we’ve entered another “season” and, generally speaking, don’t like especially boozy drinks. As with this menu, Beau carefully straddles the line between sophistication and approachability thanks to a creativity that’s well in tune with his audience. After all is said and done, you can always just get a Moscow Mule on tap. [caption id=“” align=“alignright” width=“240”] 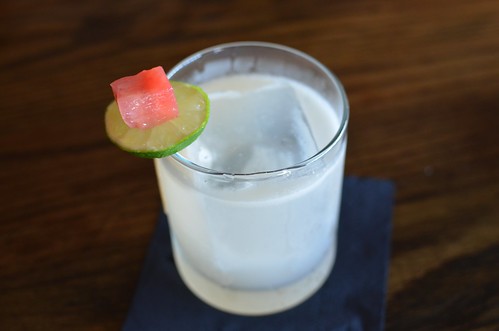 Online Realtor’s LIcense[/caption] And seriously? The names he comes up with for his drinks are hilarious. Beau’s vodka cocktail, the Office Crush, is that vodka-based, delicious, unboring cocktail thanks to slightly sweet kumquats and aloe vera liqueur and a homemade, earthy coriander cordial. You’ll be to the bottom of the glass in no time. The Online Realtor’s License is what you might call elegantly spicy, because you’re just sick of all those brunchy tequila drinks with that obvious heat in the front. Instead, you’ve got cinnamon cordial and white pepper tincture, a couple different approaches to subtly spice up the tequila base, and a homemade watermelon vermouth for just enough sweetness.   [caption id=“” align=“aligncenter” width=“500”] 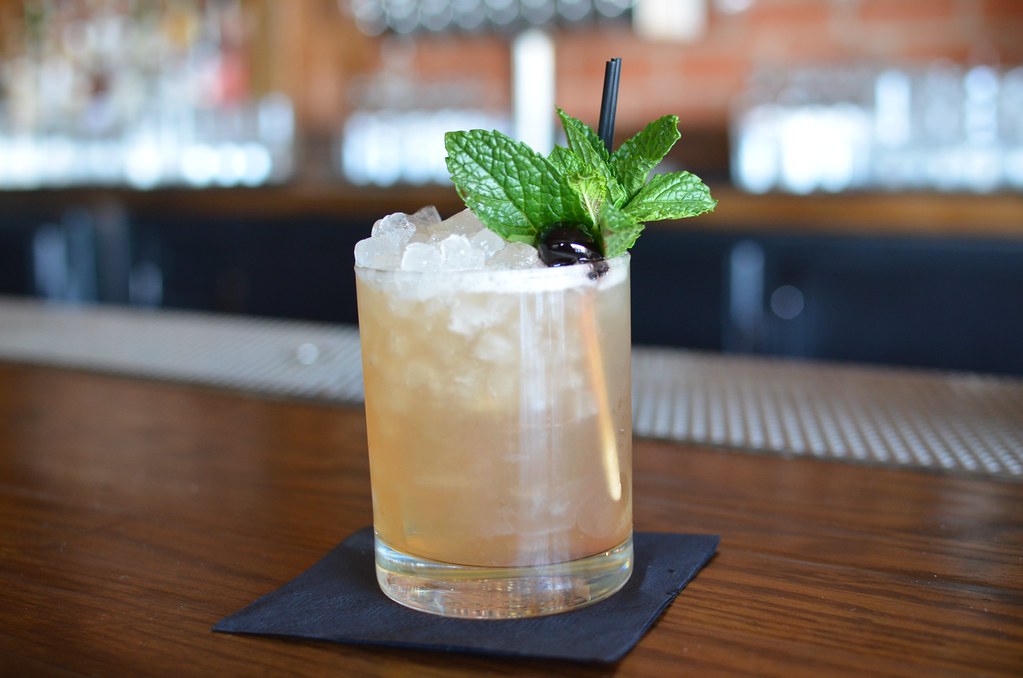 Midwest Lap Dance[/caption] The Midwest Lap Dance is Beau’s ode to his collegiate times in Indiana strip clubs as much as it is an ode to today’s bro-tastic fascination with Fireball. It also came just in time for Derby Day, made with bourbon, atomic cordial, lemon, Maraschino liqueur and Peychaud’s bitters. The bitters do a great job of tying together the bourbon and Fireball-ish cordial. [caption id=“” align=“aligncenter” width=“500”] 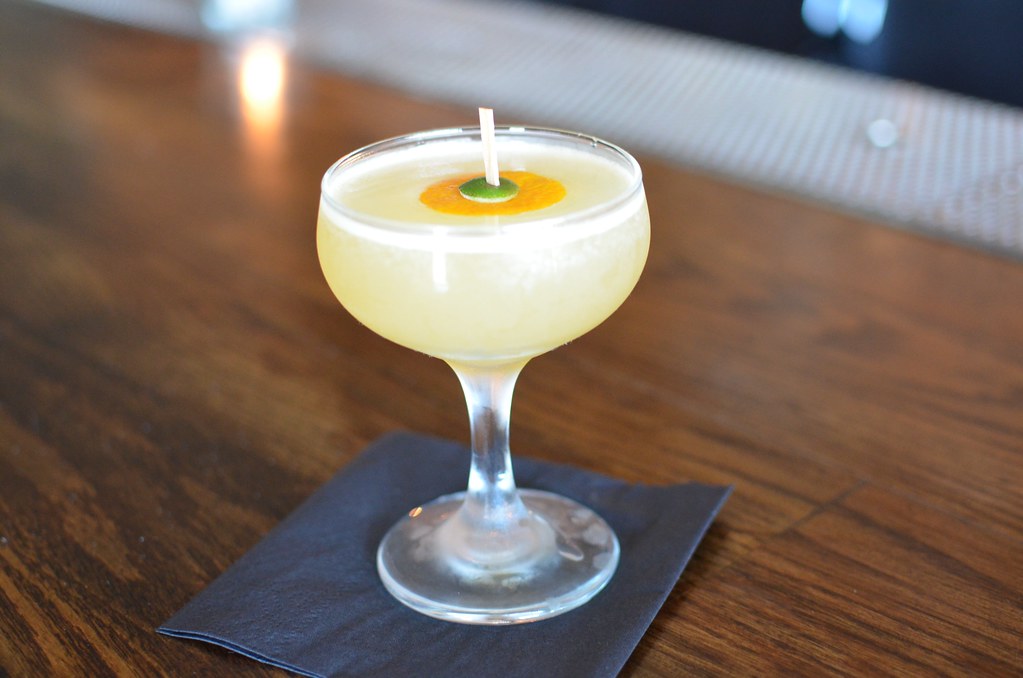 Archery Merit Badge[/caption] But my absolute favorite of the new Spring selection had to have been Archery Merit Badge, the base of which is Smith + Cross. It’s mind-blowingly balanced and delicious for this funky overproof rum, thanks to Beau’s homemade Buddha’s hand falernum. If you’ve had one or a few of these – and I’ve never had a Smith + Cross drink that was this easy to knock back, much less one that was the base – make sure you call an Uber. So get thee to Culver City and to The Corner Door for some fun drinking. You might as well order a grilled cheese with fontina, apples and red cabbage slaw to soak things up.