Downtown CorkBar Will Do You A Solid 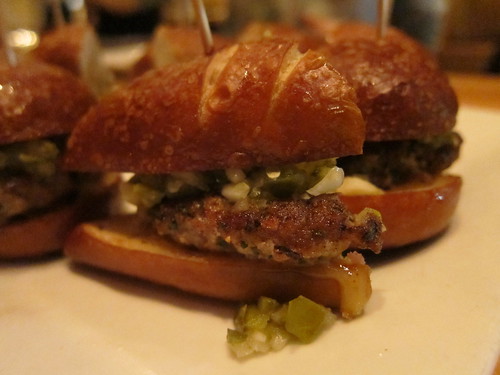 [/caption] There could be an general acceptance that wine bars getÂ a passÂ on offeringÂ good food since diners would be expected to focus on theÂ wine. Well, no more. [caption id=“” align=“alignright” width=“240” caption=“Cheddar Cheese Gougeres”] 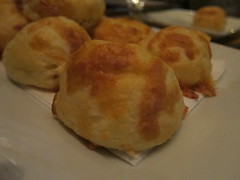 [/caption] CorkBar was a pleasant surprise, however, in that almost everything I had to eatÂ I genuinely enjoyed. Of course, the guys there have a few suggestions as to which California wine they would pair with your food order - and I’d surelyÂ recommend taking their advice. In fact, they’re rather adventurous in the kitchen, too. Every Tuesday night is “Test Kitchen Tuesday,” when Chef Albert Aviles makes a market-inspired dish that sells for $2 until they run out. In fact, the Ballpark Sliders are a Test Kitchen Tuesday success story, and you can now find it on their regular menu. Be ready to try out some creative bites on these days. The Cheddar Cheese Gougeres are flavorful poofs that come to your table warm and fluffy. Sauvignon Blanc, Pinot Noir, Rose and Sparkling Wine are suggested on the menu to pair with them. The other things that came to our table, like theÂ Curried Mussels andÂ my extra refreshing Root Vegetable Salad were delicious. But the tastes that basically hit it out of the park had to be the Root BeerÂ Braised Short Ribs and (perfectly) Seared (super big)Â Sea Scallops. [caption id=“” align=“aligncenter” width=“500” caption=“Root Beer Braised Short Ribs | Served over cheesy polenta”] 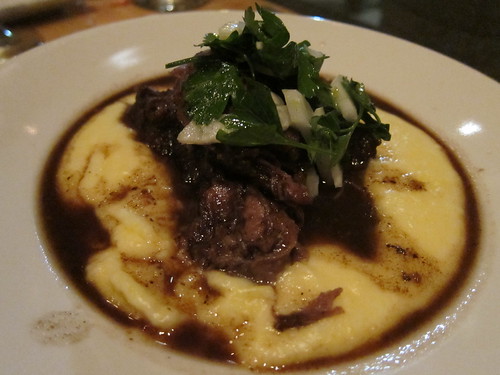 [/caption] But don’t forget dessert. Apparently Chef Albert is just as creative with his sweet dishes as with his appetizers. Lo and behold,Â he brought outÂ an off-the-menu bacon chocolate cake for us lucky diners. (Or, you can always stick with the creme brulee.) [caption id=“” align=“alignleft” width=“240” caption=“Bacon Chocolate Cake”] 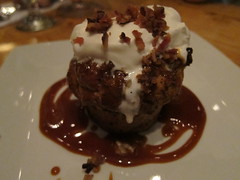 [/caption] Regardless of what you order off the menu, you’ll always be treated to theirÂ fabulous selection of California wines and locally-sourced, farm-fresh fare. They also alwaysÂ have a few interesting brews on tap (mostly Californian) and in the bottle (some German). Plus, their selections are always changing, keeping theÂ culinary vibe alive and breathing.Â The decor is appropriately “downtown” contemporary, so you can be sure that you’ll always have an enjoyable, modernÂ experience wining and dining in Downtown LA at CorkBar. I’ll see you there. All food and wine were hosted. [caption id=“” align=“aligncenter” width=“500” caption=“CorkBar Interior”] 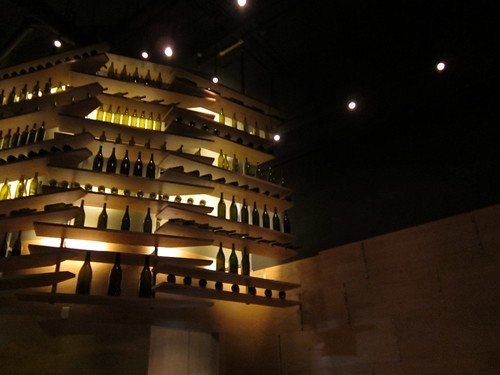