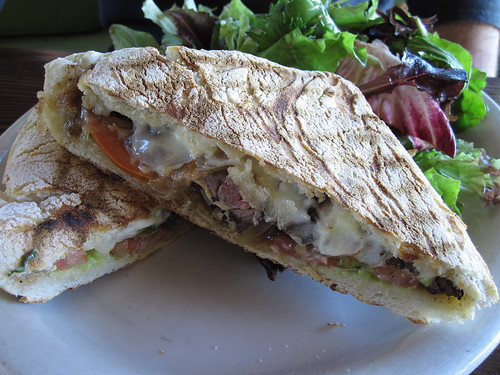 Photo credit to The Delicious Life

As previously reported, Coral Tree Cafe will be hosting their first-ever Panini-off tomorrow (Tuesday, January 19) evening. After thorough review through all the submissions, five finalists and their named recipes have been chosen to go head-to-head, each of which will be at his/her own station:

So head on over to Brentwood tomorrow to witness this sammich-off, 10% of the proceeds of which benefit the Widows, Orphans & Disabled Firemenâ€™s Fund, part of the Los Angeles Firemenâ€™s Relief Association. I’ll see you - and the who’s who in LA food as judges - there!