Chef Remi Lauvand: The Love Is Under the Lid At CafÃ© Pierre 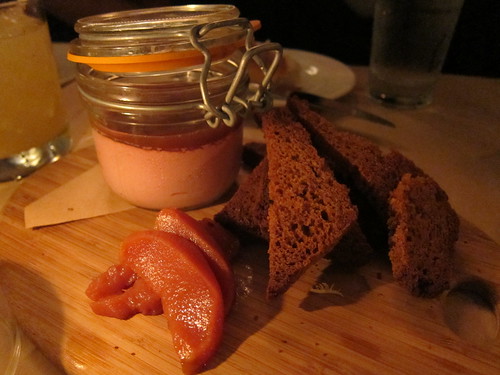 [/caption] There’s a clean cut quality about the space and atmosphere inside Manhattan Beach’s CafÃ© Pierre that somehow I can’t match up with Chef Remi Lauvand’s unbridled passion for food. But if you are paying attention, you’ll notice that each dish, when brought out to the table, has been handled with the utmost care. No corners are cut on ingredients or preparation. [caption id=“” align=“alignright” width=“240” caption=“Foie On Brioche”] 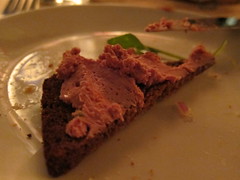 [/caption] That is, dish or canister. The canister beholding the foie gras was one that never closed. Well, neither did the one containing the pigs trotter. Nor the head cheese or duck rillettes. If you have concern for sustainability, no need to worry at Cafe Pierre - they use the entire animal. We only had occasion to slow the rate at which we sampled by having to avoid the tiny bones in the anchovies - also stuffed into an identical glass jar. Presentation may not be everything, but the freshness of the dishesÂ is consistent withÂ their preservation inside the sealed jars. Frisee is often paired with each taste so as to cut through the vibrancy of each animal “cut.” [caption id=“” align=“aligncenter” width=“500” caption=“Grilled Octopus”] 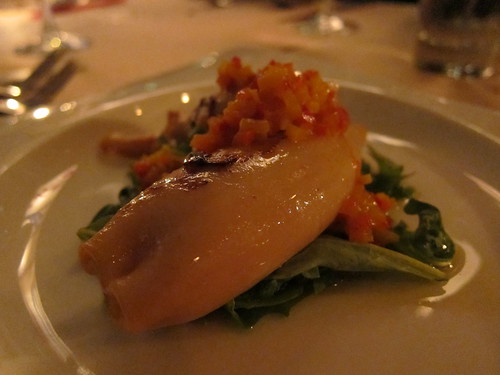 [/caption] And if you have trouble deciding which other starters to head off your “starter jars,” go for the Veal Sweetbreads or Cote de Boeuf, complete with bone marrow. TheÂ Grilled Octopus is probably the most tender octopusÂ I’ve ever had, withÂ an excellent, mild but intriguingÂ flavor.Â  The jalapeno veal, while ambitious, was a bit weird. But you’d be remiss if you overlooked the pork at Cafe Pierre. We enjoyed a slice of porkÂ tenderloin (Guess what? It was very tender) from a very specialÂ acorn-fed hog by Jude Becker - of which there only exist probably a hundred this round. [caption id=“” align=“aligncenter” width=“500” caption=“Jude Becker’s Acorn-fed Hog, Sausages, Brussels Sprouts, Wild Mushrooms”] 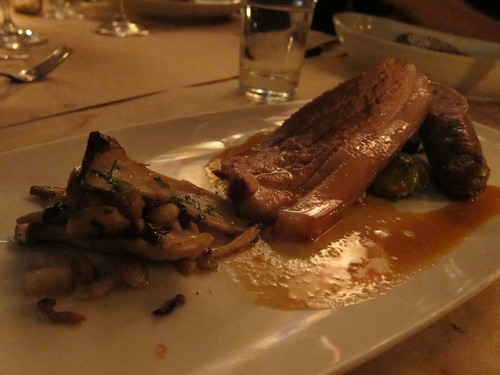 [/caption] Chef Lauvand described with great detail and passion the exactÂ cut on the Berkshire pig which we were devouring: Above the shoulder, into the belly and part of the rib. For such a rare, free-range pig - much less cut - $28 for the tenderloinÂ is a steal, and is prepared simply yet expertly. And from what it looked like from where we sat, we could only deduce that the chunk of meat was quite a loadful to handle in their tiny kitchen. But that’s par for the course forÂ Remi, who has no qualms about serving only the best meatsÂ to his customers.Â  The beautiful thing about Cafe Pierre is that Chef Lauvand lets his ingredients speak for themselves in each of the dishes. They’re interesting while preparation is complimentary, not compensatory. All aforementioned food was hosted.