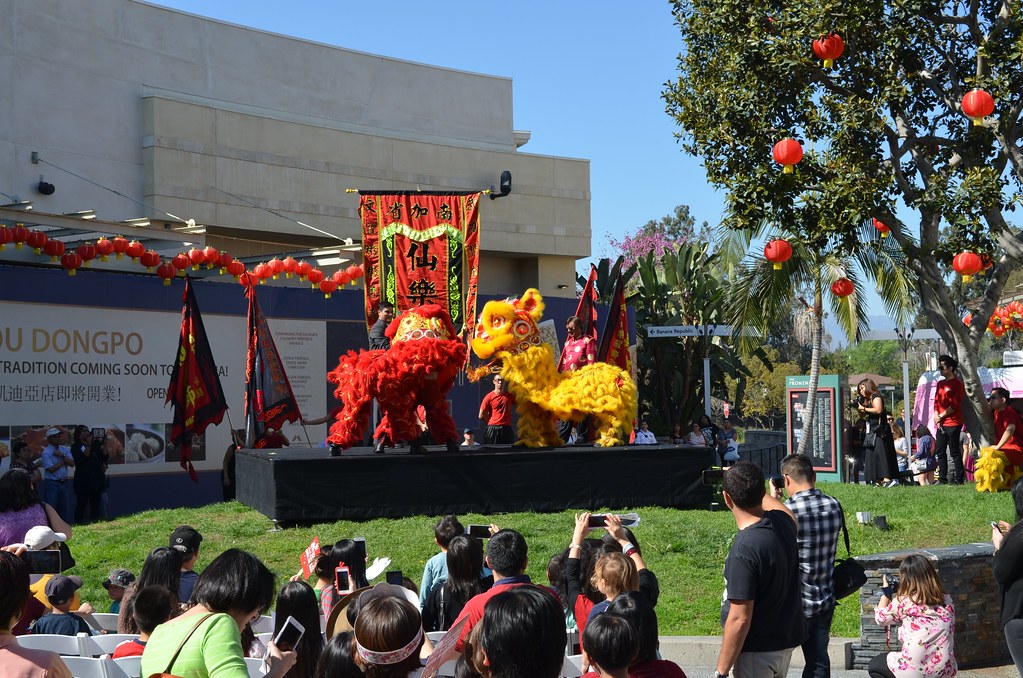 Lion Dance[/caption] In partnership with Westfield Santa Anita While the Lunar New Year is today, Westfield Santa Anita went all out and brought in the Year of the Ram with traditional dances, calligraphy, food, games and Hello Kitty last Sunday. And in true Southern California style, it was bright, sunny and in the 70s while they did it. [caption width=“1024” align=“alignright”] 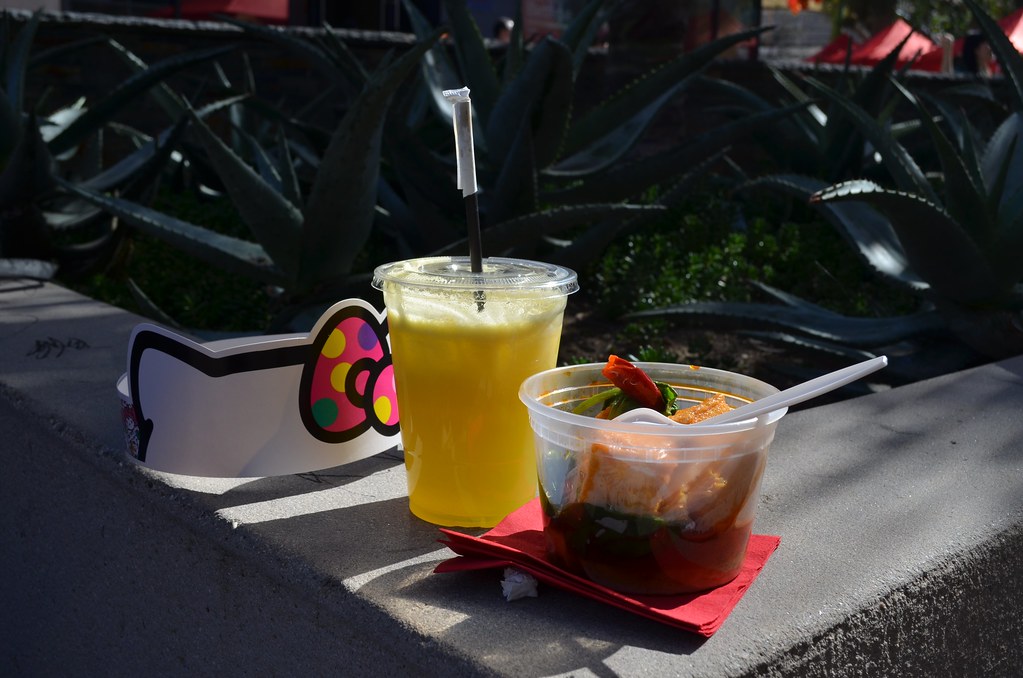 Hello Kitty headband, pineapple juice, spicy hot pot[/caption] I was lucky to continue my hot pot experience at Hai Di Lao experience from a couple weeks ago, since they also set up a stand dishing out tofu, fish cake and vegetable hot pot samples for $3. I went for the spicy hot pot, which was full of really intense szechuan peppercorn broth goodness. It made my lips tingle and though it was hot, I just couldn’t stop. I also went with a pineapple juice since it was imperative for survival. The sweet to the spicy. [caption width=“1024” align=“alignleft”] 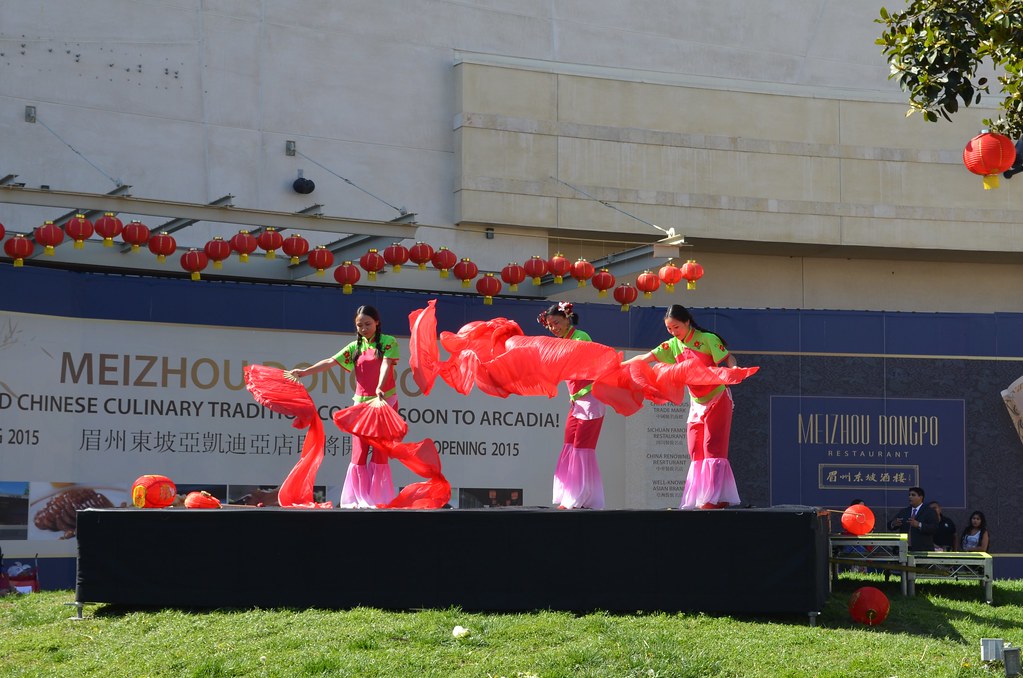 Chinese Fan & Banner Dance[/caption] The earlier you got there, the better. Children lined up for games with prizes and even sat down for some arts, crafts, and coloring; adults lined up to get the Chinese zodiac character of their birth year in calligraphy. On the main stage, an impressive traditional lion dance team leaped and bounded in every which direction. Ladies gracefully performed traditional fan and flower dances. [caption width=“1024” align=“aligncenter”] 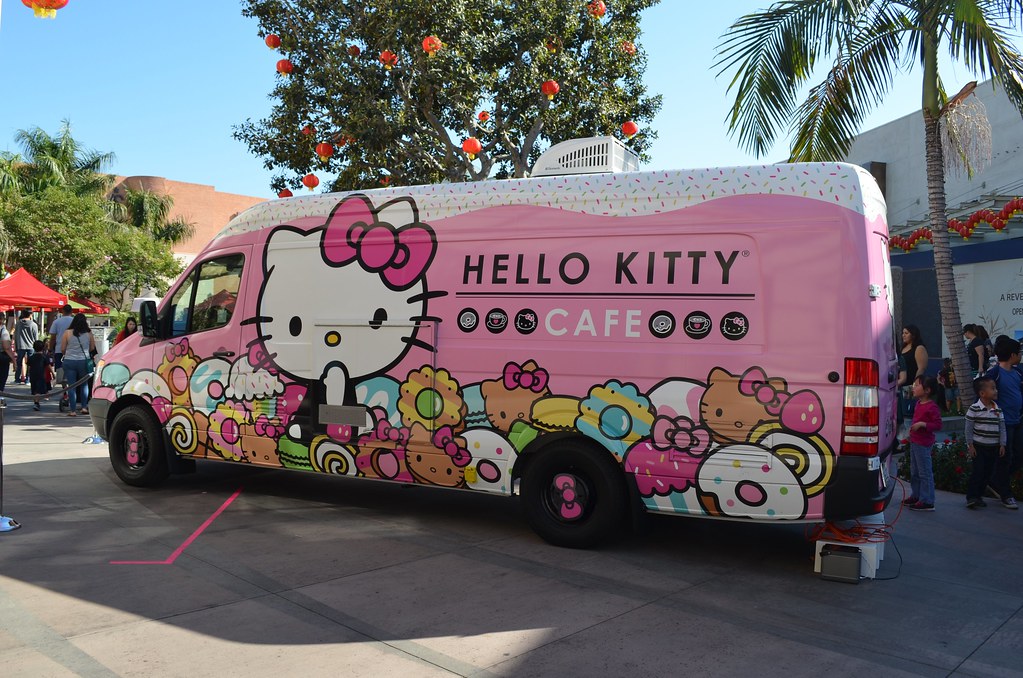 Hello Kitty Cafe[/caption] But you often found the longest lines where Hello Kitty was involved. Whether you entered to get a limited edition Hello Kitty dunny, waited for a Hello Kitty photo op - complete with a HK headband, sticker, and 20% off coupon to the Sanrio store on the other end of the mall, or waited for your chance to buy 3 donuts for $10 at the Hello Kitty Cafe truck, pretty much everyone had Hello Kitty fever. (That’s not even counting the craziness actually going on inside the Sanrio store.) So you know all that hubbub about Hello Kitty not being a cat but a human? I guess this would prove it. In all, it was an impressive effort and great family fun in anticipation of the Year of the Ram.