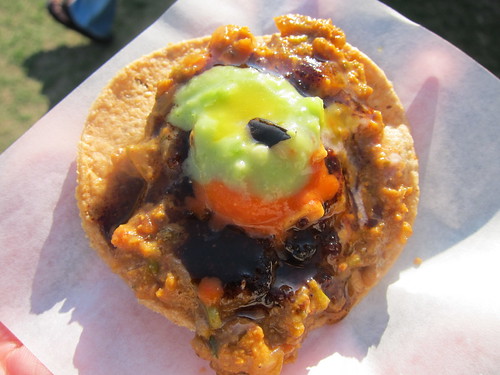 Mini Tostada with Sea Urchin at 2011 Street Food Fest - La Guerrerense, “Best in Show”[/caption] I remember the anticipation we all felt when the Baja chefs came to Street Food Fest at the Rose Bowl in the summer of 2011. It was just the ingredient needed to take the festival to a new level. Not only would we be having access to some of the best street food in LA at one place, we’d also be experiencing the best of Baja. Thanks to Reverse Coyote Bill Esparza, there’s been quite a bit of sharing going on across the California-Mexico border. We Angelenos get to reap the benefits at Playa, the playground of Sedlar’s latest experimentation. As he is currently changing the menus here, we’ll get to go straight to the sources of his inspiration thanks to this series.

Cue the installment going on now, starting with Sabina Bandera Gonzales of La Guerrerense, who will be cooking with Chef Sedlar now until tomorrow, Tuesday, September 18th - though the menus for each installment will actually be available all week long. Sabina brings dishes her top seafood stand seasoned with a variety of unique salsas. A la carte menu items are $5-$18 and include: 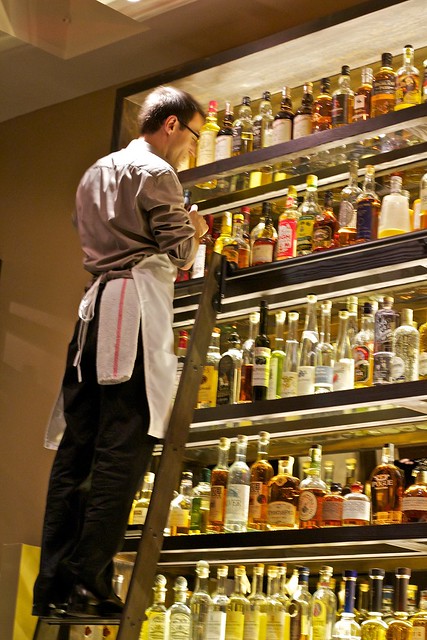 The bar at Playa[/caption] In the future, expect Benito Molina from September 23 - 25 and Tacos Kokopelli (where I had one of the best tacos on my last trip to Tijuana) from September 30 - October 2, 2012 at the same price points. Menus will also be available all week long. Of course, no menu would be complete without a custom list of cocktails, and thanks to Julian Cox, Josh Goldman, Jeremy Lake and Karen Grill, you’ll get to pair and wash down the flavors of Baja you’ll be experiencing with a craft cocktail. Check out this list, which ranges from $10 - $13 per cocktail:

With a food AND cocktail menu collaboration like this, it’s no wonder that you’ll see me there multiple nights for multiple chefs…and of course, multiple cocktails. My ideal situation would be to sit at the bar, order a few items with a cocktail or two and come back again since Playa is en route to most places in the city. Because really, I can’t wait to try them all. And if anyone figures out this Secret Recipe Michelada, phone me.