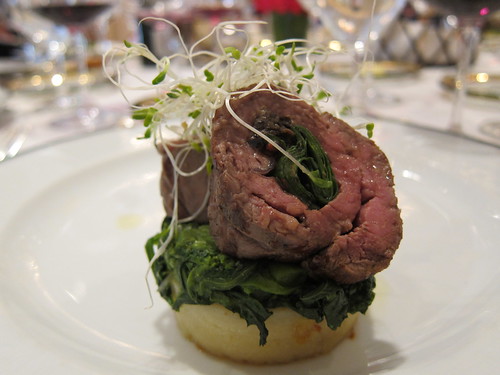 This week, I had the privilege of joining other food writers at the Peninsula Hotel in Beverly Hills for a very special lunch presentation, courtesy of the Italian Trade Commission in Los Angeles and Italy-America Chamber of Commerce West. That very day was National Italian Day, when the ambassadors of Italian culture presented to us the fruits of their research and labor, hoping to spread love for Italian culture by a critical element: The food, of course.Â They have taken the task of representing Italian cuisine in major American cities, hand-picking the best Italian restaurants in the area based on authenticity and quality of ingredients. 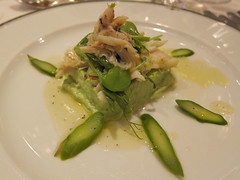 At the lunch, we were honored with the chefs’ presence who were all hard at work in the kitchen while we sampled the dishes - but who also prefaced each dish with an explanation of the heart ofÂ what we were about to eat. One dish each from the six chosen premier restaurants were presented and washed down with wine pairings, andÂ the results were simply stunning. Sal Marino from Il Grano served a Fava Panna Cotta topped with Dungeness Crab and English peas. It was refreshing and delicious,Â had aÂ fun consistencyÂ and effectively opened up our palate for the plates to come. The Cecaluccoli (rolled with three fingers, not just two) from Celestino Drago had a tomato sauce that absolutely popped, complimented by dried strips of eggplant and a triangular sliver of delicious, tacky Pecorino. 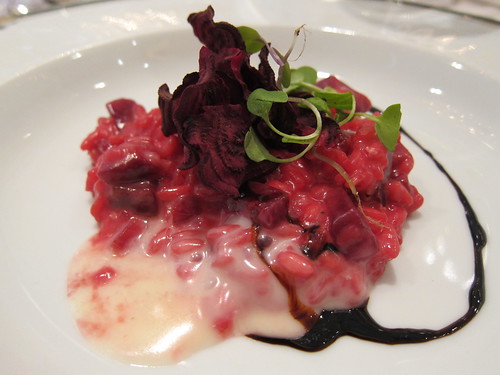 A standout was a bright red, and extremely rich, risotto from Locanda Del Lago’s Roberto Maggioni. The flavors in the risotto also had a great vibrancy from the beets which shone through the Gorgonzola’sÂ weight, while the risotto itself had great bite. But the Secondi from Il Moro - the perfectly prepared filet of lamb which had spinach, tomatoes and olives rolled into it - was probably the best lamb I have had in recent memory. It kept its characteristic taste while uncharacteristically avoiding the gamey aftertaste thanks to its freshness. It was tender to the fork, juicy and all the more made perfect by being plated with potatoes and rapini, topped with alfalfa. 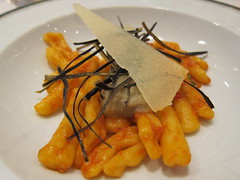 Valentino’s dessert - Valentino”) was also a standout, putting a spin on the archetypical Italian gelato. The Cassata (sponge cake) deliciously lay inside and at the bottom of a ricotta cream with the prickly pear gelato framing the dome. It was plated with pistachio crumbs, chopped strawberriesÂ and an additional scoop of raspberry gelato as a counter. Delicious!!

If you have a chance, go to one of these hand-picked restaurants for one of their prix fixe menus, each of which features a dish that was presented at this lunch. CaffÃ© Roma will be serving their Polipo e potato - e*starLA Flickr”) (Grilled octopus with fingerling potatoes) in their prix fixe. But they are all extremely delicious dishes made with top-notch ingredients and are available starting tomorrow (June 5) through June 20. If you’d like to indulge, get the wine pairings. Note all the restaurants’ locations, as well. It looks likeÂ the Westside wins this one.

All food and wine were hosted. 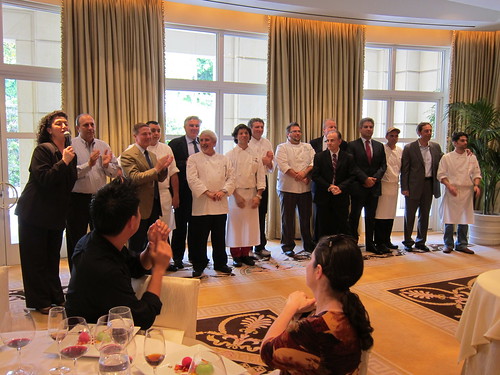