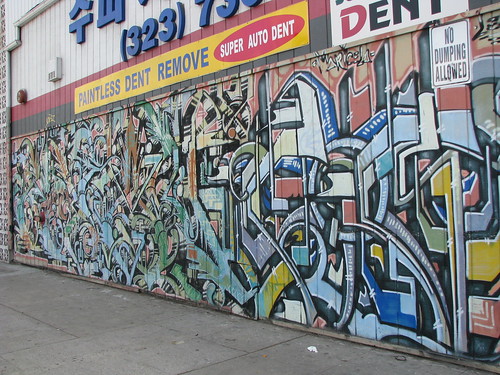 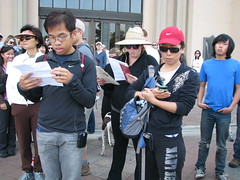 I’ve a confession. It’s been awhile since this Angeleno and once-Marathoner has clocked even a mile on foot. So when I heard that Michael of Franklin Avenue’s Great Walk of LA was coming up - I knew it was time to come through. To my relief, I found out Siel of Green LA Girl and H.C. of LA-OC-Foodie would also be there and I’d have my day-long walking partners.

Since Saturday’s walk, I think I’ve averaged about 10 hours of sleep per night. My average is usually 6-7. I am still sore.

We started off in Shrine Auditorium by USC and from estimation it looked like about 250 people were gathered there. Walkers were all ages and of all backgrounds - including USC students, families, couples, single people, bona fide and once-per-year walkers (like myself). Michael got on the blowhorn and handouts on the history of the nearby West Adams district were available. 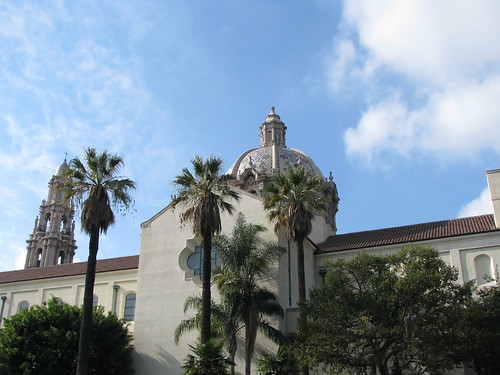 Our walk involved a few loops around the historic neighborhood, giving us a real appreciation for an area that would otherwise be easily dismissed. From Numb3rs to Six Feet Under, many shows were filmed in a lot of these huge houses. We also passed by Marvin Gaye’s house in which he was also tragically shot by his father. 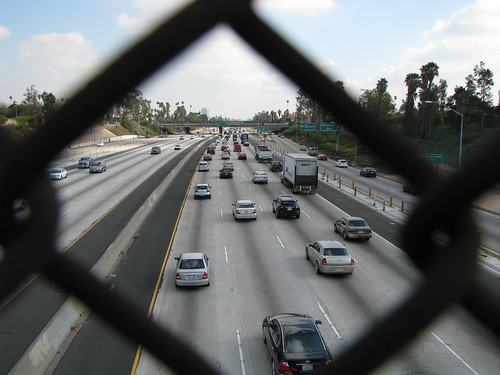 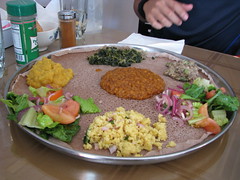 Michael had set up a spot in Mid-City for all walkers at Atomic Cafe - complete with the Marked5 truck making a stop there. But H.C., Siel and I decided to do a leisurely lunch at Palm Grove for Ethiopian food. Siel ordered a veggie plate, H.C. ordered a jalapeÃ±o beef plate and I ordered a jalapeÃ±o fish plate. Yes, jalapeÃ±o is definitely a theme at this particular restaurant and though I’m not sure that it is for all Ethiopian, it was the injera combined with the multiple glasses of water that made us wonder if our stomachs would be okay for the rest of the walk. We could feel the water making the injera expand!

After awhile, our task was simple: Stick to Washington Blvd. We passed scenic areas and not-so-scenic ones. Another highlight was downtown Culver City; by then we were basically in cruise mode and Siel’s friends Tracy Helpler of Your Daily Thread and her boyfriend Alex joined us. We even snuck in a samosa from Samosa House, an Indian eatery and market that I’m sure to revisit on a later date.

The best part was reaching Venice probably 10 minutes before the sun disappeared under the ocean. It was perfect timing and justified our brisk pace - and my soreness to follow! 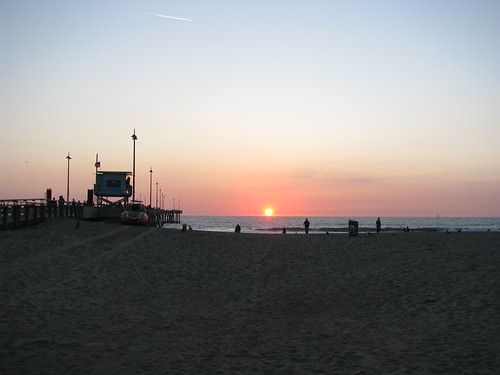 The end meeting place was Baja Cantina on Washington in Venice Beach. We had chips and salsa as well as a few drink specials waiting for us - so of course I ordered a Ketel Tonic to “rehydrate.” Naturally. Originally thinking we were going to walk about 15 miles, we were told that the final count was over 17 miles!

Near year’s walk is Saturday, November 20, 2010 so be sure to save the date for your own day-long exploration of Los Angeles.